French publishing company Lagardere sued activist investor Amber Capital, seeking 84 million euros in damages “as compensation for the harm caused by a destabilization campaign.” The company said that Amber’s “violent attacks” have impacted the company’s ability to “convince the market and shareholders of its attractiveness” and caused a “significant” fall in the share price.

The activist has been pushing the company to make changes to its board and speed up the divestment of the underperforming sports and entertainment units and focus on retail and publishing.

Amber Capital "has systematically misused its rights to the detriment of shareholder democracy, underhandedly initiated several legal proceedings and orchestrated an ongoing smear campaign, particularly through the press, against the group, its general partners and its supervisory board," the company said.

Earlier this week, Amber said that the lawsuit filed by Lagardère is "aggressive" and "baseless."

Spruce Point Capital Management slammed Monolithic Power Systems for overstating nearly half of its revenues and estimated that mounting "fundamental and accounting pressures" will ultimately take the company’s stock down by as much as 85%. Spruce Point claimed that Monolithic may have overstated around 40% of its sales and accused the power management solutions specialist of becoming less transparent over time regarding its key metrics, which could hint to financial strain. After "a close on-the-ground and forensic financial investigation" Spruce Point found that Monolithic’s U.S. filings overstated revenues by $262 million in 2018.

Moreover, the short seller said that the firm reported almost no inventory in China at the end of 2017 and 2018, a red flag as Monolithic relies on China for 90% of its production and 58% of its sales. Spruce Point suggested that Monolithic’s overreliance on distributors is also a troubling matter as it is a "notorious way companies can manipulate results."

In addition, a company former audit member was involved in an accounting scandal at analog integrated circuits manufacturer Sipex, which in 2006 restated revenues lower by 35% and slashed gross margins by 1,590 basis points for the years 2003 to 2005. The report also cited a former employee that recently left the firm due to "ethical concerns and having seen inventory manipulation."

Monolithic is a California-based high performance analog semiconductor company since 1997.

The number of Japan-based companies publicly subjected to board-related activist demands between January 01 and October 11 in respective years. 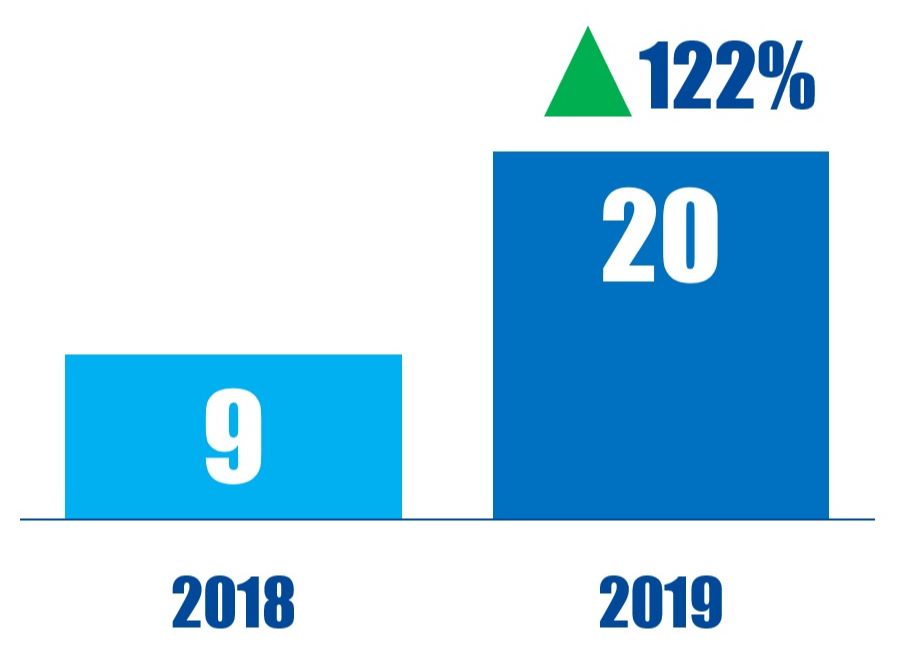