A new survey of 1,258 U.S. voters by Crestline Custom Promotional Products reveals surprising facts about the branding for the 2020 class presidential candidates. Should candidates include: First name, last name, or both? Catchphrase, no catchphrase? And just how important is the use of the colors red, white, and blue? Elizabeth Warren is surging in spite of an awful logo. Sanders is doing well, partially because of his.

This brand-new study examines voters’ sentiments about logos and slogans for the 2020 class presidential candidates’ campaign. The results include:

“Elections are interesting because a lot of designs are released in a short span of time and they’re all trying to do basically the same thing. In this cycle, with such a diverse and crowded field, there was more risk-taking and experimentation than usual. The study was a great opportunity to ask voters directly what they like and what resonates with them.” - Dale Denham, Senior Vice President of Crestline Custom Promotional Products

You can find the full report here. 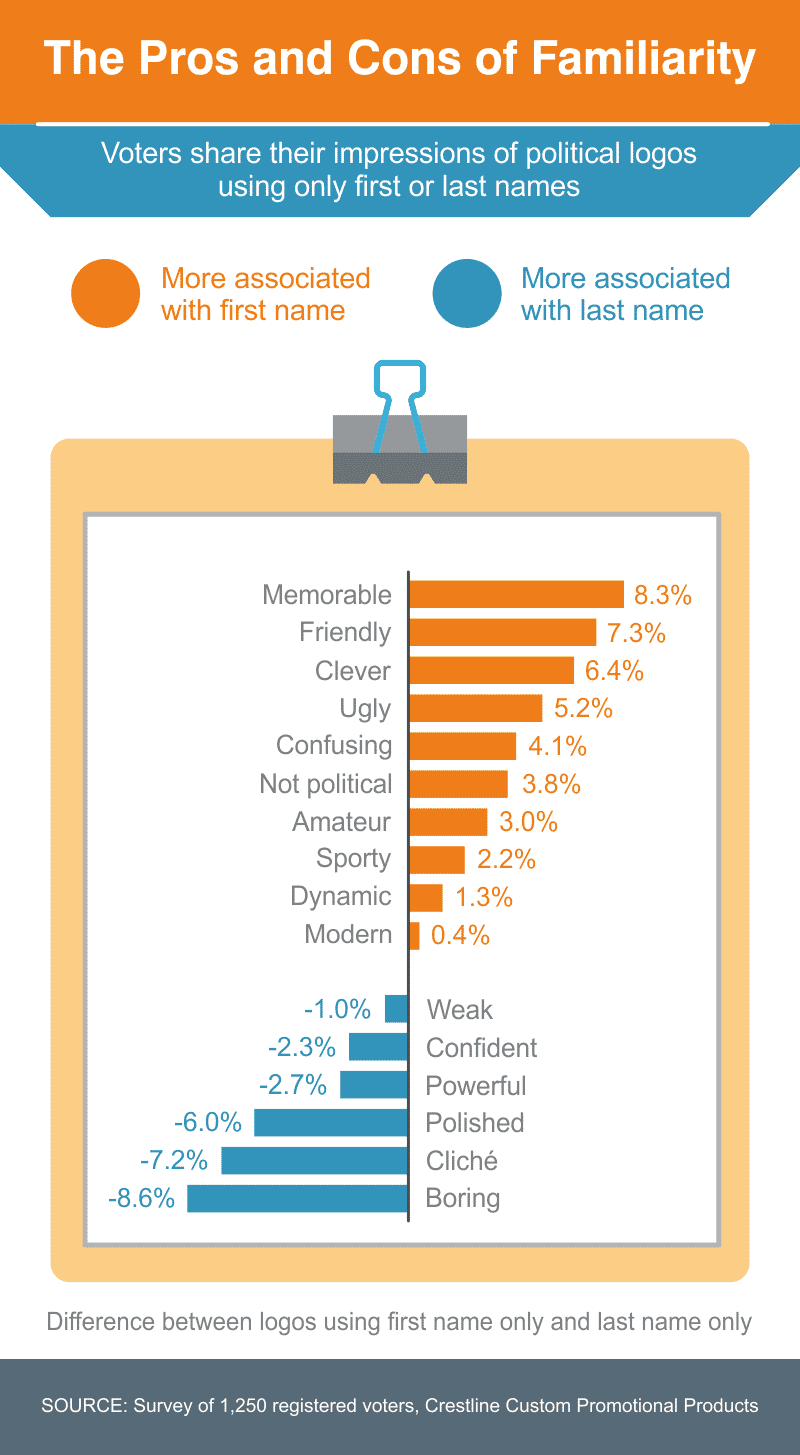 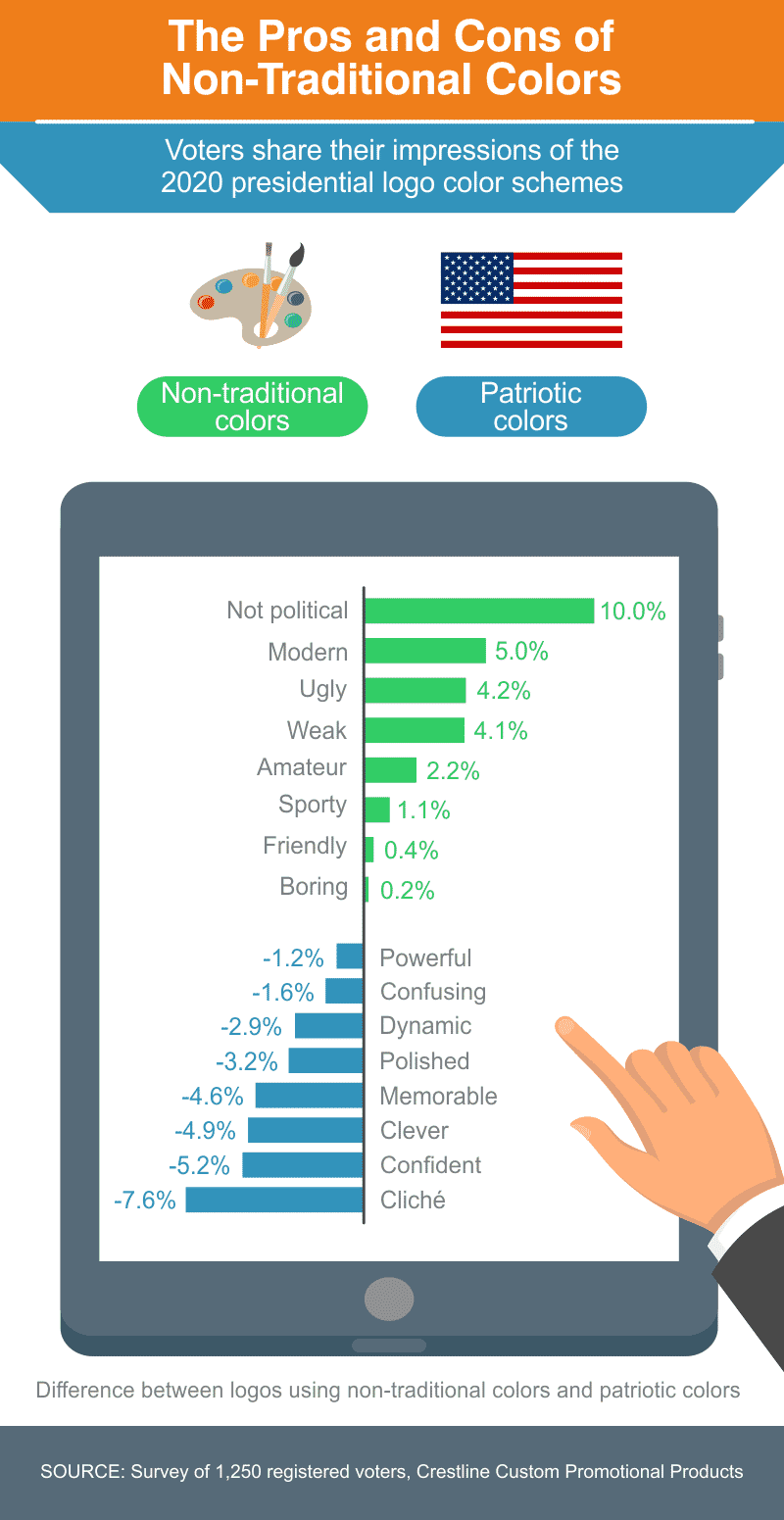 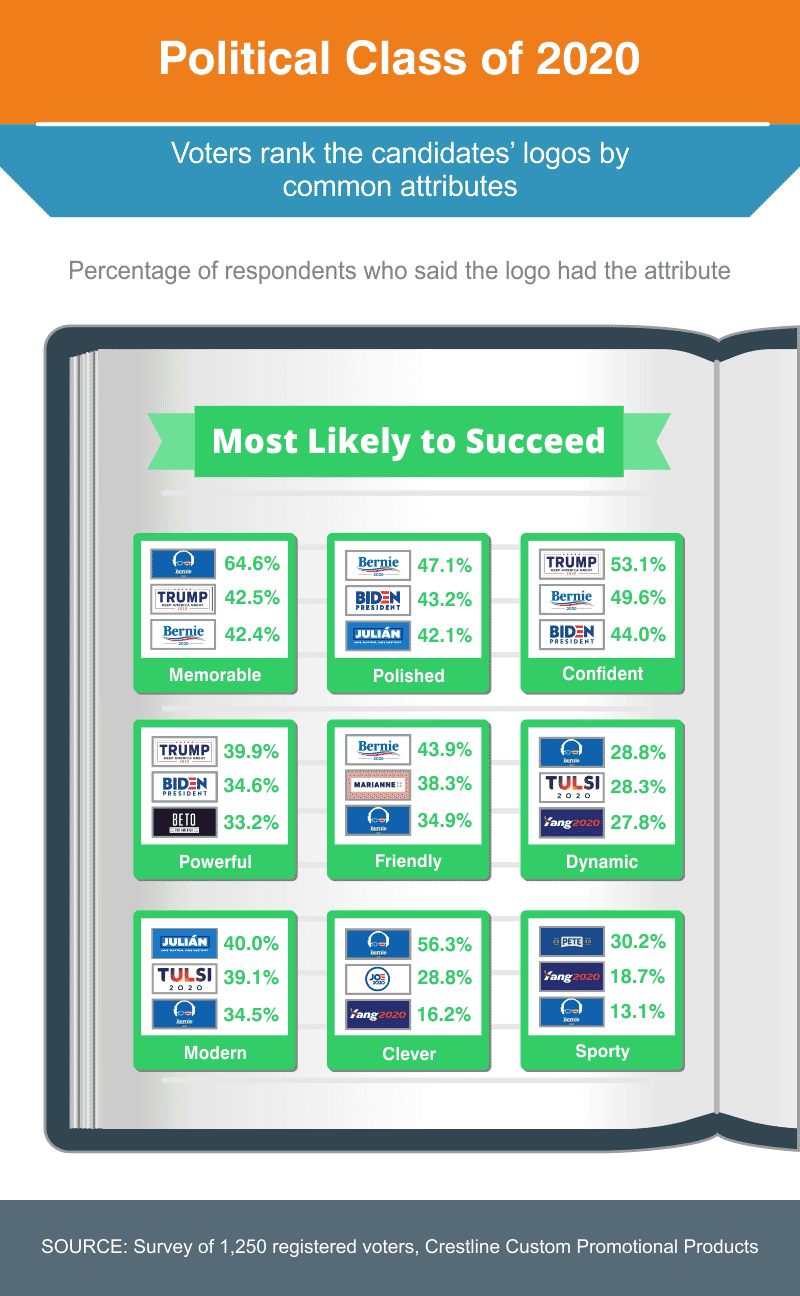 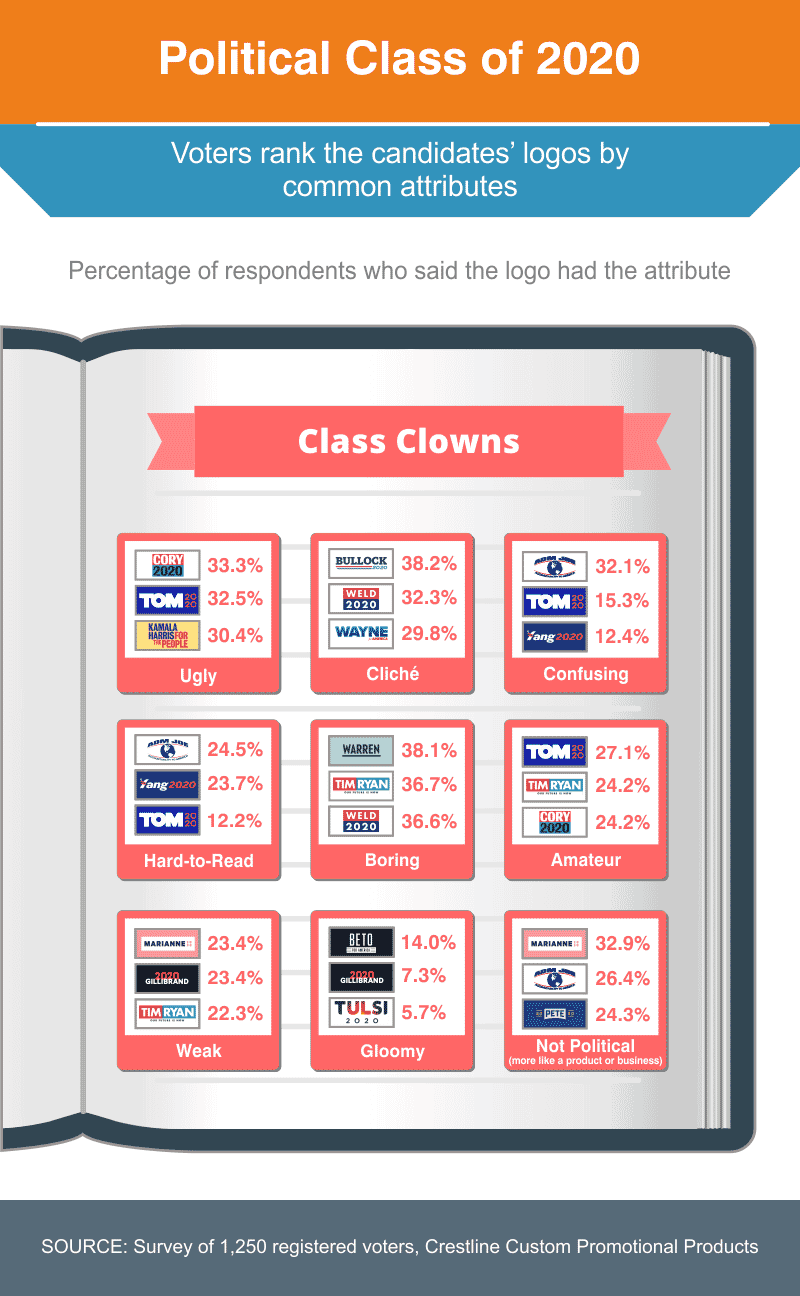