Home Business Guides Is Your State One Of The Top Offenders For Unpaid Overtime?

We’ve all heard the saying, “Time is money.” But what if you’re putting in hard work and time, and your paycheck still isn’t cutting it? It may have something to do with where you live. A new study published by Joblist.com recently determined which jobs pay well in almost every state, as well as which states are the most overworked and unpaid overtime hours, and which are the most and least affordable.

Americans were surveyed using the most recent Current Population Survey (CPS) to determine how much full-time, salaried workers lose in lost wages. So in which states can you get the most bang for your buck?

Employee burnout is a prevalent problem, consistently making headlines. But if you’re logging long hours with little to show for it, your state may be a top offender for unpaid overtime.

The average full-time employee worked 42.6 hours per week at his or her primary job, but fewer than two-thirds were paid overtime.

And those extra minutes at work can really add up: American workers are shortchanged a total of $346 billion in wages annually due to unpaid overtime.

Not all U.S. states are created equal when it comes to unpaid overtime, though. In Washington, D.C., for example, workers put in the fourth-highest number of weekly hours, but only 4.4% were compensated for overtime.

When it came to extra hours worked, employees in Colorado, Maryland, and Washington, D.C., were the most underpaid; meanwhile, those in Wisconsin, New Mexico, and Connecticut were the least underpaid.

Your state’s cost of living could be taking a substantial amount from your paycheck as well. When comparing the cost of living to wages earned, Florida, New York, and Delaware were the most expensive states.

Michigan, Wyoming, and Oklahoma ranked as the most affordable states, meaning workers can save more quickly and easily.

How well a position pays may have a lot to do with location, as well. However, the purchasing power of some jobs is high enough to cover the cost of living in almost every state.

Lawyers, accountants and auditors, and marketing managers were just a few positions that paid enough to live comfortably across the U.S. For other positions like teacher assistants, emergency medical technicians and paramedics, and cashiers, however, their wages were almost never enough to cover the cost of living, despite location.

So if you’re considering packing up and moving to another state for better pay, don’t only consider your shiny new salary. Consider the location, unpaid overtime rules, and make sure you’re working smarter – not harder. 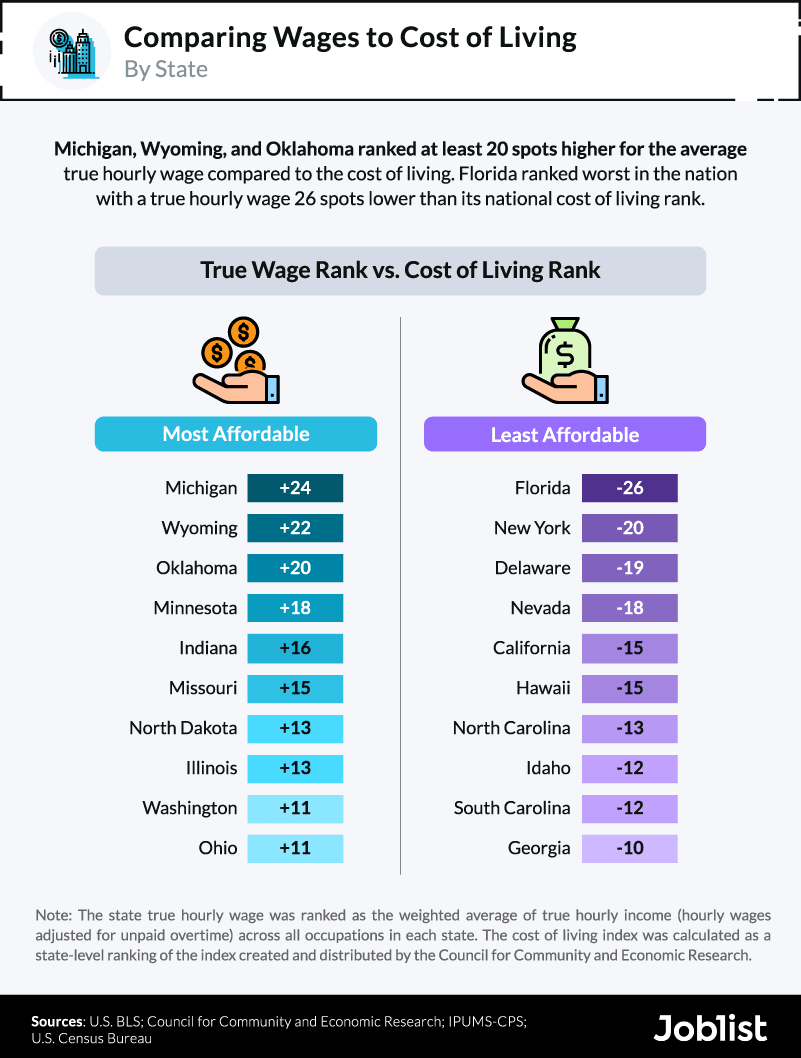 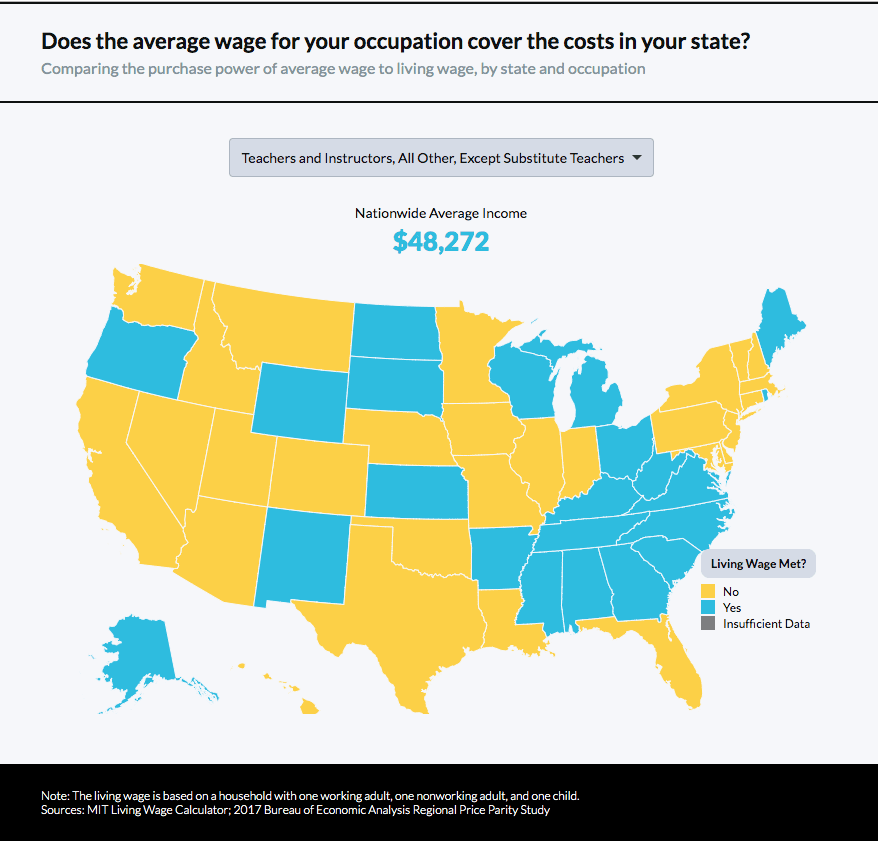 The Great American Reset: Changes To Make In 2021 (and Beyond)