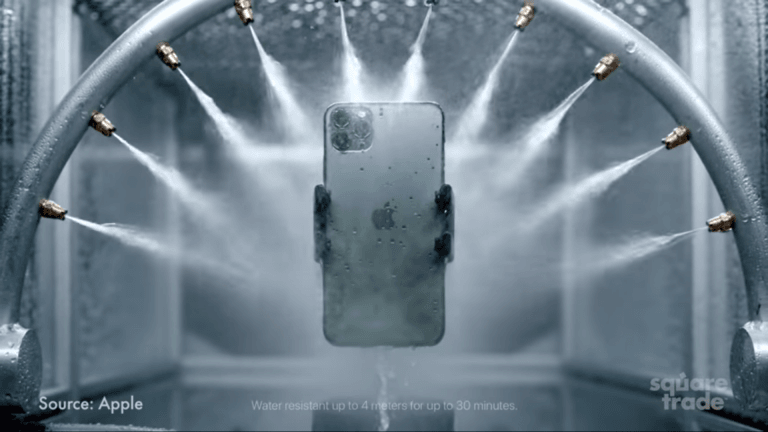 Apple’s latest iPhone 11 series devices are flying off the shelves, even though they don’t bring any major upgrades except the camera. During the unveiling event, Apple claimed that the iPhone 11, 11 Pro, and 11 Pro Max feature the “toughest glass ever” used in a smartphone. The new iPhones are certainly more durable than their predecessors. But can they withstand accidental drops, dunks, and tumbles? Electronics warranty firm SquareTrade conducted an exhaustive iPhone 11 durability test to find out if the new iPhones live up to Apple’s claims.

SquareTrade used scientific robots to drop, dunk, tumble, and bend the iPhone 11, 11 Pro, and 11 Pro Max. The purpose of the test was to see if the new iPhones can withstand accidental damages better than previous generations. The new models have a more durable glass. They handled small drops better than last year’s flagship iPhones. But they are still vulnerable to serious damages.

Results of the iPhone 11 durability test

A lower score indicates higher durability. By comparison, last year’s iPhone XS had a Breakability score of 86 while the iPhone XS Max had scored 70 points. All the new models have tougher glass on the front and back, but the iPhone 11 Pro emerged the best of the lot.

The iPhone 11 Pro is the first-ever iPhone to survive SquareTrade’s tumble test undamaged. The rear glass of the other two models cracked in the tumble test. In the tumble test, the devices are tossed around in a metal cylinder for 60 seconds to simulate the effects of random impacts that a smartphone experiences during the long-term use.

All three models come with water-resistance, so you’d expect them to pass the dunk test with flying colors. When SquareTrade dunked the three iPhones in 5 feet deep water for 30 minutes, only the iPhone 11 Pro came out without any issues. The iPhone 11 and iPhone 11 Pro Max suffered audio distortion after the dunk test.

SquareTrade’s tests show that the new iPhones are more durable than their predecessors. But you’ll still need a good quality case to add some protection to your iPhone.