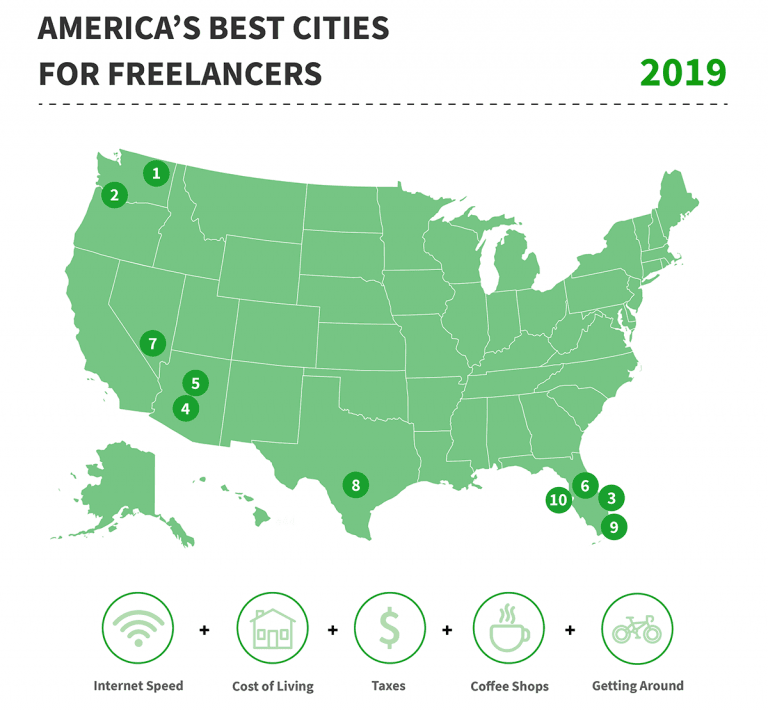 Freelancer jobs and careers are on the rise. Freelancing provides remote workers the opportunity to work and live wherever they want. It also includes skills such as self-management, budgeting and adjusting to a non-traditional work schedule. A recently released study by Neighborhoods.com examined the top American cities for freelancers in 2019. To determine the rankings, they analyzed U.S. Census Bureau data from more than 150 cities and compared those cities across five metrics:

Internet speed was included in this analysis of top cities for freelancers because of the importance of fast and accessible internet is for freelance workers. Being able to get your work done on time and efficiently is of the upmost importance. The analysis showed that the state of Texas performed remarkably well for internet speed with 6 cities in the top 30 of the rankings.

The authors of this study also thought it was important to include the ease of getting around score. Freelancers often have to meetup with clients or have meetings away from their home so being able to get around the city is important.

Coffee shops per capita was also included in the analysis because this is where so many freelancers work on a daily basis.

To see the full analysis from Neighborhoods.com, check out the graphic below. 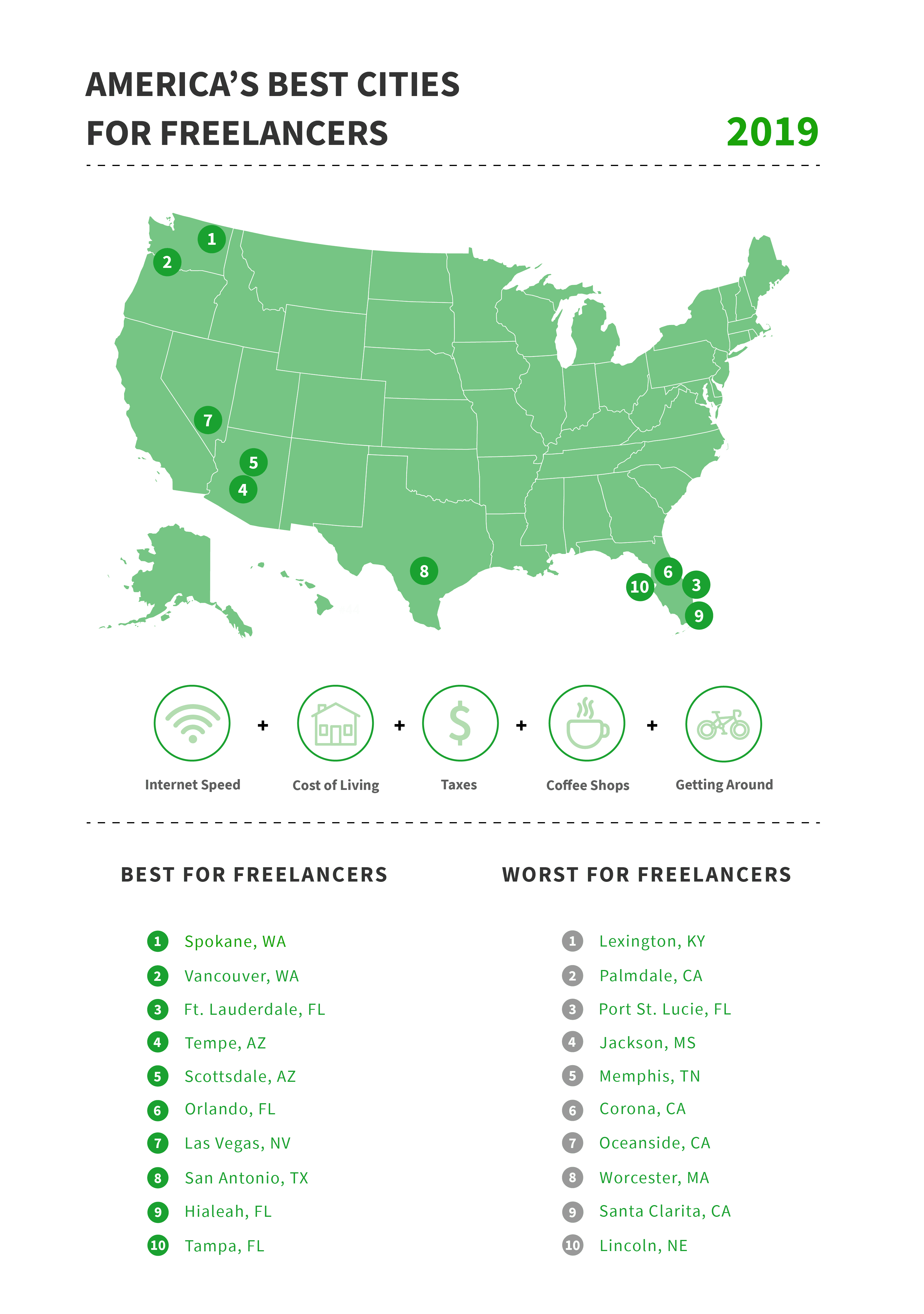 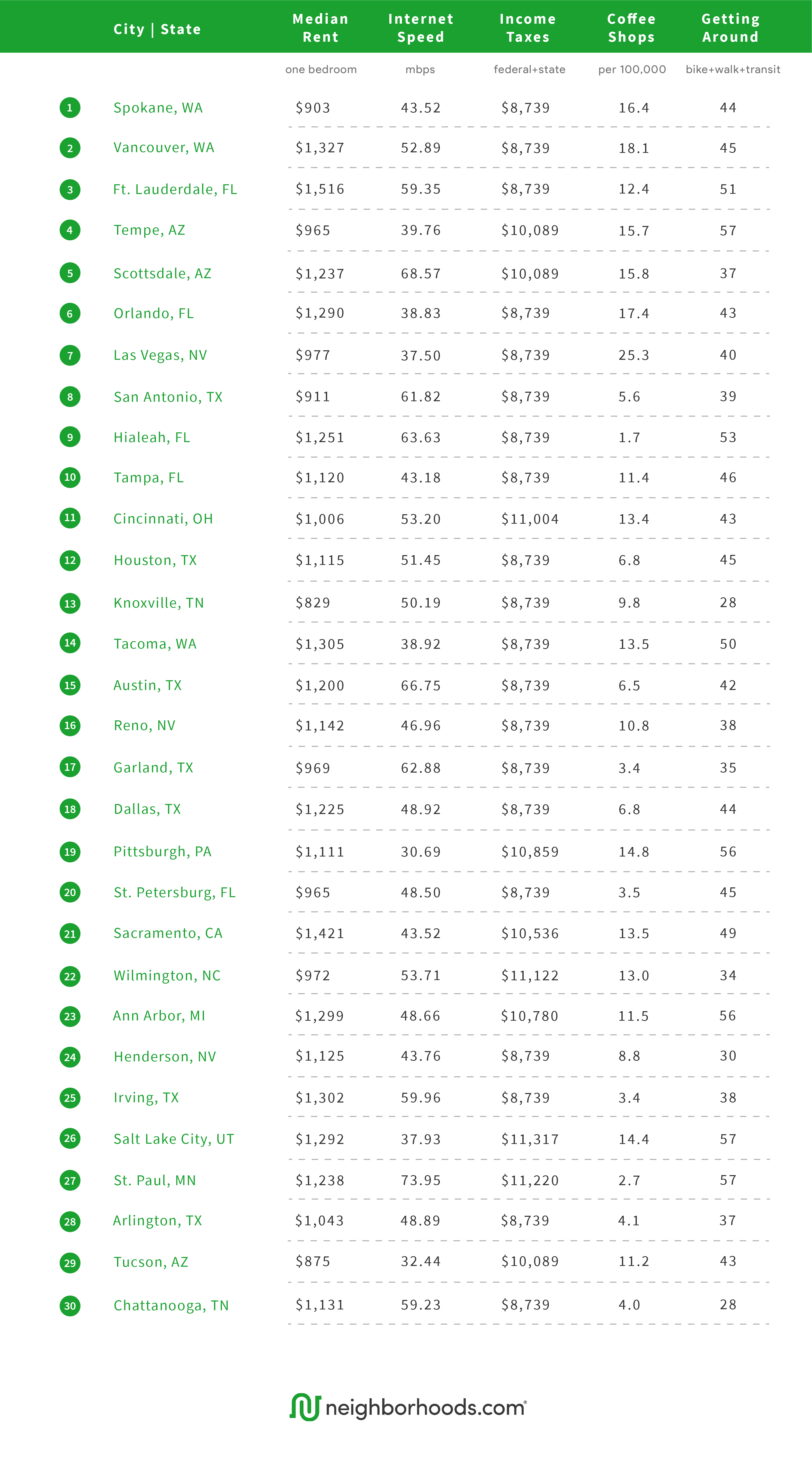