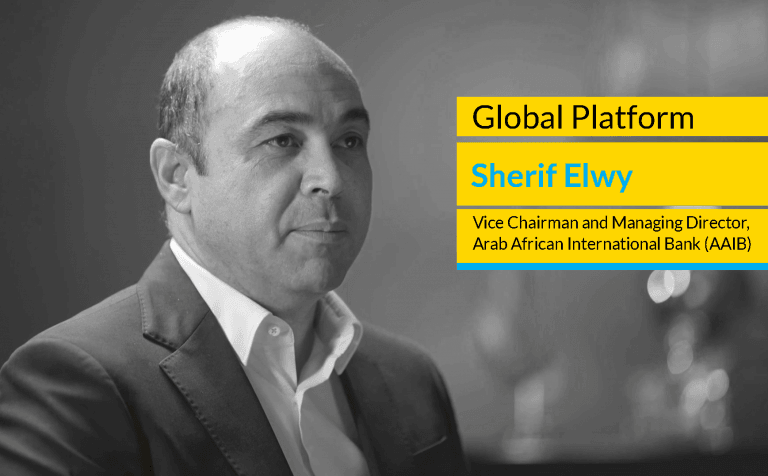 Cairo, August 2019: The changes that have taken place in Egypt’s banking system over the years since reforms were first introduced across the sector in 2003 and 2004, and the opportunities for growth both at home and abroad, were among the topics addressed by Sherif Elwy, Vice Chairman and Managing Director, Arab African International Bank, in a video interview he gave to Oxford Business Group’s online broadcasting channel, Global Platform.

The interview is now available to view in full at https://oxfordbusinessgroup.com/video/Sherif-Elwy-Vice-Chairman-and-Managing-Director-Arab-African-International-Bank

Elwy told viewers that the reforms implemented across the banking sector over the years had ensured firm foundations were in place when the Egyptian pound was floated almost three years ago. Since then, he added, the banks have improved their performance, supported by a more attractive operating environment.

“The Egyptian banking system is very solid and the performance has been very positive,” he said. “A lot of governance measures were put in place: a requirement for capitalisation and the way the banks behave in terms of extending credit. When the flotation happened in November 2016, banks were ready.”

Elwy said that with neighbouring markets holding plenty of promise for Egypt’s banks, moves were under way to facilitate cross-border growth. He added that segments such as fintech would be key in driving regional expansion but warned that there was no room for delays in their development. “You need to move fast,” he cautioned. “It’s not a matter of whether we think or debate ‘Is it good to use this technology?’ It’s a matter of how fast you get your system adapted to go in this direction and provide for your customers.”

The disparity between Egypt’s vibrant SME sector and the support it receives from the country’s banking industry was another issue explored in the interview. Elwy acknowledged that the banks had traditionally focused on the large corporates, in part because their size made them cost effective and also due to the fact that they had long-term plans in place.

“But with the reform process, the central bank has started to perform with a futuristic approach rather than reacting to what's happening in the market… and push the banks towards focusing on the SME business,” he said. “Large, and even medium-sized private sector banks are getting into the SME business in a very active way.”

Marc-Andre de Blois, OBG’s director of PR and Video Content, said the interview with Elwy provided viewers with a useful snapshot of Egypt’s banking industry before and after the currency flotation, together the preparations under way to encourage future growth.

“Elwy emphases the importance of not falling behind when it comes to technological disruption, but also highlights the many opportunities that are there for the industry’s taking,” he said. “I’m delighted that viewers have been given an opportunity to hear more about this important sector of Egypt’s economy and the robust financial system in place that is supporting a broad spectrum of local business and commerce.”

Global Platform is Oxford Business Group’s on-demand digital broadcasting channel. One of several research tools in OBG’s portfolio, the online platform has carved a niche as a leading business intelligence provider in its own right, with data verified independently by Deloitte. Global Platform provides cutting edge video interviews with top-level decision-makers giving key analysis and the latest updates from across all sectors of the global business community.

Oxford Business Group (OBG) is a global research and advisory company with a presence in over 30 countries, from Africa, the Middle East and Asia to the Americas. A distinctive and respected provider of on-the-ground intelligence on the world’s fastest growing markets for sound investment opportunities and business decisions.