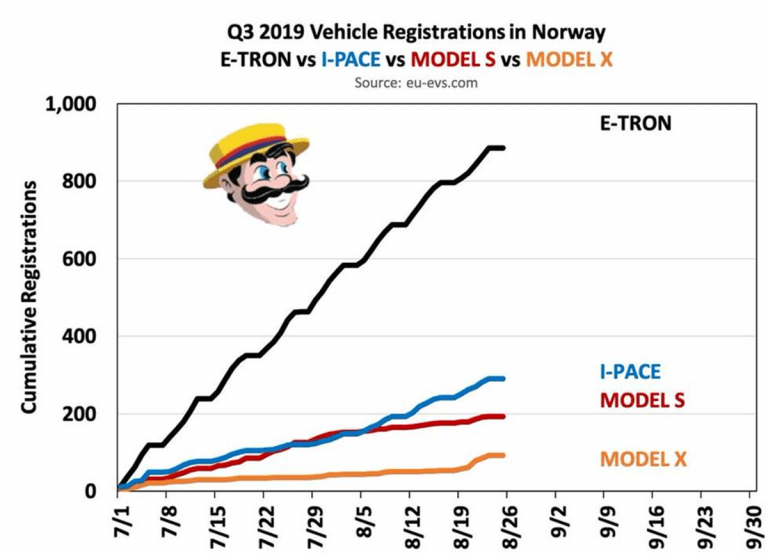 1) A friend who gets proprietary data shared the following with me on how Tesla’s sales are trending this quarter:

We think US sales are down low single digits for the first 8 weeks of the quarter (compared to the same period in Q2, not year over year).

Europe sales (ex-UK) are down more than that.

3) A friend just emailed me:

Well-known Tesla bull Cathie Wood of ARK was just asked during her CNBC appearance to comment on Bethany McLean’s Vanity Fair article about Solar City, which came out on Sunday. She said she had not read it. Wood was asked if she had just ignored it. She answered that she simply hadn't heard about it. I am not making this up.

She must have lied, not wanting to comment on the article. She can't possibly be that ignorant, uninformed and stupid. Or???

Sezai likened the experience of using the Model 3’s display to his first impressions of the Apple iPad. According to the critic, when he first used an iPad, there was something immediately familiar and exciting about the system and how it freed users from the “mess of Windows.” This experience, Sezai noted, is echoed in the Model 3, as the vehicle gives drivers the impression that they are “in touch with a next-generation car.”

5) The latest car that’s reportedly going to be a Tesla-killer is the Porsche Taycan, which looks pretty amazing.

Here are some articles about it: