ValueWalk
Home Business Guides The Most Racially And Ethnically Diverse Cities In The U.S. 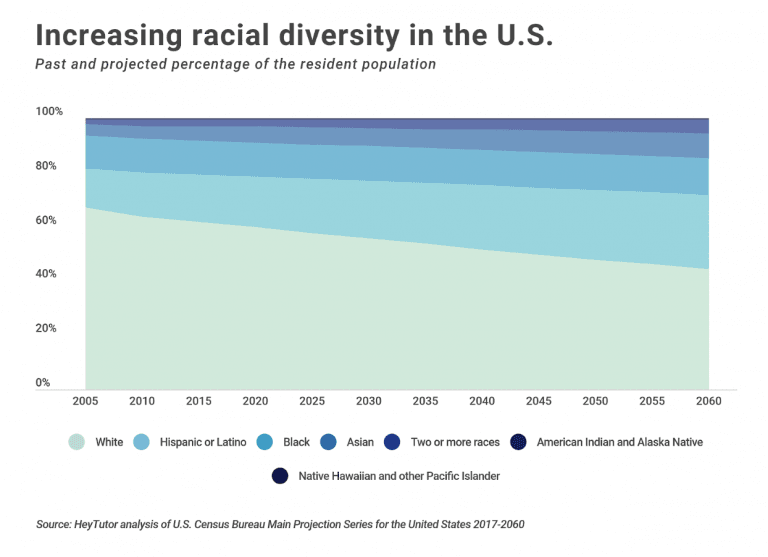 HeyTutor just released a new report comparing the most diverse cities in the U.S.

While non-Hispanic whites are still the majority today, this picture is changing as the U.S. is becoming more racially and ethnically diverse. Projections made by the U.S Census Bureau indicate that non-Hispanic whites will make up less than 50 percent of the population by 2045. This demographic milestone will occur even sooner for children under the age of 18, with whites estimated to comprise less than 50 percent of the young population by 2020.

While the trend is clear at a national level, diversity varies widely by location. To find the most diverse cities and states in the U.S., researchers at HeyTutor analyzed both racial/ethnic diversity and birthplace diversity using the latest data from the U.S. Census Bureau. At the state level, Hawaii, California, and Florida are the most diverse overall, while Vermont, Maine, and West Virginia are the least diverse. In general, states on the coasts tend to be more diverse than states in the middle of the country.

The table below shows the 10 most diverse cities in the United States:

For more information, a detailed methodology and complete data for diversity in every city, please see the original report on HeyTutor’s website.