1) Pershing Square’s Bill Ackman‘s disclosure last week that he had taken a big stake (11% of his fund) in Berkshire Hathaway (BRK-B) inspired me to update my Berkshire slide deck, which Glenn Tongue and I first created 15 years ago. You can see it here.

Thanks mainly to the recent surge in Berkshire's stock portfolio, my estimate of intrinsic value has risen 8% this year to $392,000, about 30% above the current share price of $301,000.

The stock has been stagnant for nearly two years, while intrinsic value has continued to grow steadily. Bill is right: It's the cheapest it has been in years, at a mere 1.29 times book value.

2) Here are links to four videos, totaling about an hour, that I did a few months ago on the company:

3) Ackman explained why he bought the stock in his newly released semiannual letter to the shareholders of Pershing Square Holdings (PSHZF). Excerpt:

The catalyst for our current investment in Berkshire is our view that the company is currently trading at one of the widest discounts to its intrinsic value in many years, at a time when we expect the operating performance of its subsidiaries to improve as a result of certain managerial and organizational changes at the company. While Mr. Buffett has long been one of most high-profile and closely followed investors in the world, we believe that Berkshire Hathaway's undervaluation is partially explained by the fact that it is one of the least followed and misunderstood mega-cap companies...

We believe that Berkshire currently trades at only 14 times our estimate of next 12 months' economic earnings per share (excluding the amortization of acquired intangibles), assuming a normalized rate of return of 7% on its insurance investment portfolio. While generating a 7% return on such a large amount of investment assets is not a given – particularly in an extraordinarily low-rate environment – we believe that Berkshire's ability to invest the substantial majority of its insurance assets in equity and equity-like instruments and hold them for the long term makes this a reasonable assumption. Based on these assumptions, we believe that Berkshire's valuation is extremely low compared to businesses of similar quality and growth characteristics.

Berkshire's current earnings are also meaningfully understated in the currently low interest rate environment as the company is earning a minimal return on its approximately $100 billion of excess cash which is invested in short dated, risk free assets.

Net of its excess cash, Berkshire currently trades at less than 12 times our estimate of earnings per share over the next year. Given the company's strong competitive position, solid future growth prospects, large degree of excess cash and superlative track record of value creation, we believe that Berkshire should be valued at a large premium to its current valuation. Moreover, we believe an investor's downside is limited due to the company's fortress balance sheet, highly diversified business portfolio, and significant earnings contribution from recession-resistant businesses such as insurance and regulated utilities.

Furthermore, we expect that certain recent positive developments will highlight and enhance the per-share value of Berkshire's business over the next several years. First, we believe that it is likely that management will intelligently deploy some of its $100 billion of excess cash into value-enhancing large-scale business acquisitions and/or a greater than historical amounts of share repurchases. We believe that this can be achieved because Mr. Buffett has built a deep bench of managerial and investment talent and a durable culture of character and performance.

Second, Berkshire created a new managerial structure in 2018 to elevate two long-time managers, Ajit Jain and Greg Abel who now directly oversee the insurance and non-insurance businesses. Both managers have a track record of improving operations under their purview. We expect this new management structure will empower them to enhance the operational performance of Berkshire's businesses that have underperformed their peers...

We expect that Berkshire's enviable competitive advantages and the positive underlying growth trends in most of its businesses will allow the company to sustainably grow its earnings at a high-single digit rate without any operational improvement at its larger businesses, and without including the benefit of the productive deployment of excess capital.

If Berkshire can improve its operations and intelligently deploy a substantial portion of its excess capital over time, we estimate that the company's earnings per share should grow at a mid-teens' compounded annual rate over the intermediate term. In light of the company's currently depressed valuation, understated near-term earnings, and the potential for significant future earnings per share growth, we believe that Berkshire's share price is likely to increase substantially over the coming years.

4) For more insight on Berkshire, I suggest reading the 2018 annual letter of hedge fund Semper Augustus (start on page 72). Excerpt:

The impenetrable fortress that is Berkshire Hathaway was built on deliberatively shrewd stock picking, augmented with a type of leverage that people would kill for – the less than free variety.

At the precise moment that a decades-long tailwind in stocks that had pushed Berkshire to the top of the mountain shifted to an in your face gale, it pivoted from the very things that made it and ran hard to controlled assets. Today, when a single quarter shaves $43 billion from its stock portfolio and amounts to a blip, not even a dent in the armor, then consider the pivot sufficiently successful. In a year when gains and losses in investment securities now flow through the income statement and a $38 billion hit to the stock portfolio fails to produce a net loss across the entire business, leaving book value per share with perhaps a modest gain, then the business is now insulated from all but the nastiest stock bear markets.

5) An article in last week's Wall Street Journal highlights how Warren Buffett Is a Huge Backer of U.S. Banks. Excerpt:

Banks are often viewed as a proxy for the wider economy. Berkshire also benefits from banks' rising dividends, adding to the cash that Mr. Buffett can spend on new deals and investments...

6) The hedge fund world lost an all-time great investor earlier this month with the passing of Jeff Tarrant of Protégé Partners.

He's best-known as the guy who bet Buffett $1 million in 2008 that his basket of chosen hedge funds would outperform the S&P 500 over 10 years. (Buffett won the bet, but Tarrant won the fame and access to Buffett, which was worth far more!) Here's an article about him: Hedge fund investor Tarrant, who bet with Warren Buffett, dies. Excerpt:

Investor Jeffrey Tarrant, whose firm Protege Partners backed billionaire managers including William Ackman and Marc Lasry early in their careers and made a bet with Warren Buffett that hedge funds would outperform a passive index fund, has died at age 63.

Tarrant died on Aug. 5 at his home in Bridgehampton, New York, his firm said, giving the cause of death as brain cancer.

Over 17 years, Tarrant turned Protege Partners into a powerful backer of small hedge funds, often identifying and seeding portfolios before they became widely known and successful. Protege was the biggest early investor with John Paulson's Credit Opportunities Fund that bet against subprime mortgages and earned Paulson & Co. $15 billion in 2007.

And here's an insightful chapter of a book he wrote on The Life Cycle of Hedge Fund Managers. 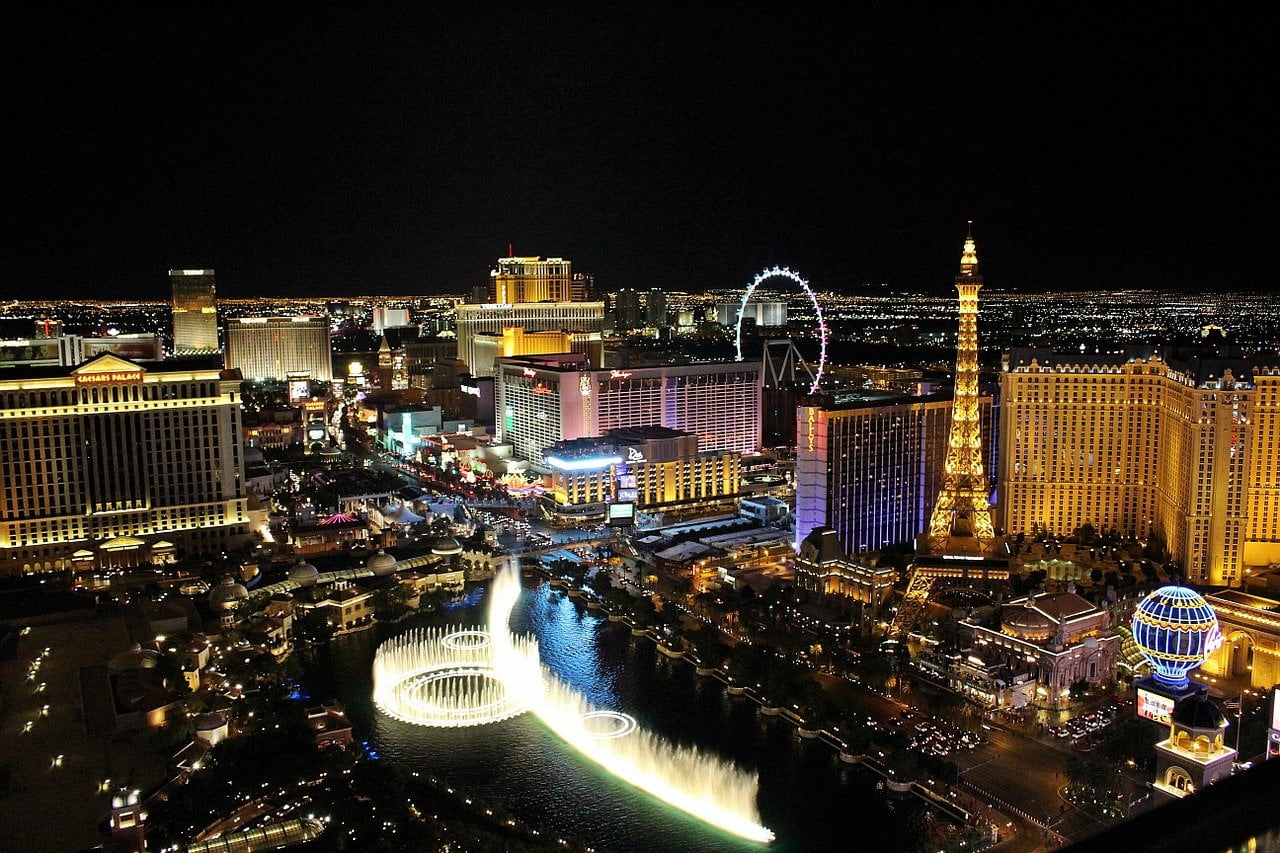 Las Vegas Real Estate Sales Down But Prices Up