Pacific Gas & Electric (PG&E) has been a controversial position among hedge funds for quite some time now. Several well-known funds went long on it late last year, and many of those positions lasted into 2019 despite the concerns of insolvency.

However, there’s more than one way to play PG&E, as some funds have demonstrated. Seth Klarman‘s Baupost hedged its PG&E bet by purchasing $1 billion in claims filed against the utility company by an insurer. Now another portfolio manager has presented yet another way to look for value related to the company’s circumstances, which is through secured debt issued by renewable energy producers with contracts to sell power to PG&E.

Bill Schatz of CarVal Investors presented his idea at the 2019 Ben Graham Conference. His firm has $10 billion in assets under management and a more than 30-year track record in opportunistic and distressed credit.

During his presentation, he said supply and retail demand for traded U.S. credit has been on the rise.

He also noted that the traded credit markets are becoming more and more vulnerable to economic and liquidity shocks. Additionally, he said traded U.S. credit isn't cheap, or at least, not yet. He explained that spreads on investment-grade and non-defaulted high-yield credit are now trading at or below long-term averages.

Based on recent trends in credit, Schatz is looking in more creative places to invest in it. His thesis focuses on debt in renewable energy, which he said is growing rapidly and remains a fragmented market. He added that solar costs have declined over the last decade with prices of solar systems in the U.S. plunging 80%. Meanwhile, industry scale has increased, boosting capacity nearly 15 times to approach grid parity in about 20 states. 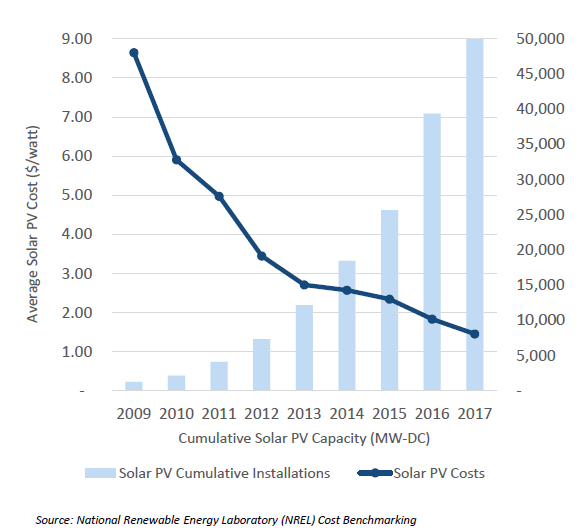 Despite the rapid growth in scale and declines in solar system costs, small installations are still dominating the market. In fact, Schatz said most solar power assets are small and held by a fragmented group of investors and developers. 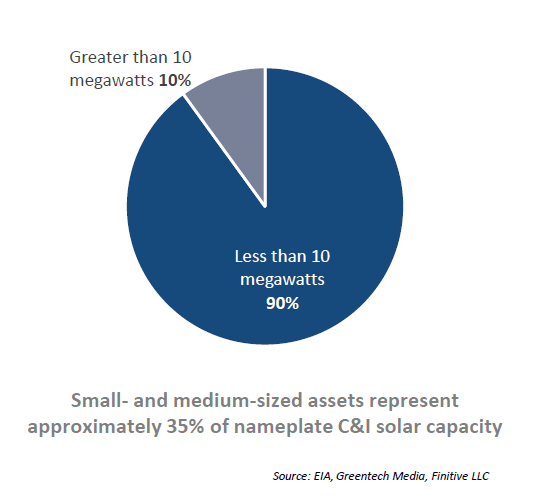 Schatz sees the potential for mispricing due to the combination of rapid growth and "bespoke financing structures." He estimates that investment in renewables has surged nearly 400% since 2005, surpassing $300 billion annually. Despite that growth in investment, more than 75% of those investments are on the balance sheets of private funds are "buried in large utilities." 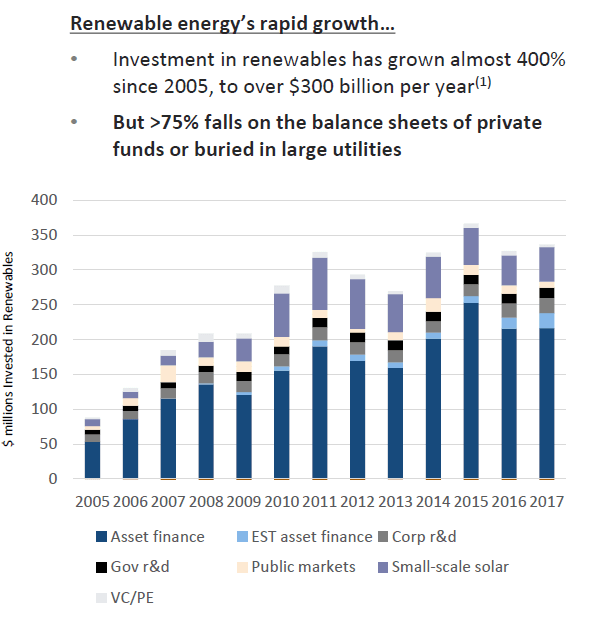 He added that these trends have led to dislocation opportunities in the area of renewables investment. He also highlighted five strategies for investing in renewables. The first strategy is through secured debt via project finance bonds or loans, which can be bought individually or as portfolios. This strategy falls under traded credit and has a market size of over $20 billion.

The other traded strategy he talked about was solar asset-backed securities, which are linked to portfolios of residential solar loans or other renewable energy obligations. He estimates the solar ABS market at more than $10 billion.

The other three investment strategies for renewable energy are all private. The first is C-PACE or financing improvements in energy efficiency which can result from Commercial Property Assessed Clean Energy Schemes. He estimates the size of this market at more than $10 billion.

He also discussed commercial and industrial solar and storage via acquisitions of commissioned, mid-scale solar facilities with long-term contractual cash flows. He pegs the size of this private market at more than $20 billion.

The fifth strategy he discussed was residential loans or power purchase agreements, which can be tapped through secured lending linked to residential solar projects. Investors can finance the homeowner or installer via a PPA. Schatz estimates the size of this market at more than $10 billion.

Specifically, he focused on secured debt opportunities presented by the PG&E bankruptcy. He said the bankruptcy created price dislocations for secured debt issued by renewable energy producers with long-term contracts to sell power to PF&E.

For example, Topaz Solar Farms has a 550-megawatt facility with an approximately 20-year power purchase agreement left with PG&E, which is its sole customer. Genesis Solar has a 250-megawatt facility owned by a NextEra Energy subsidiary, which also has a PPA with PG&E. Finally, he mentioned Exgen Renewables, of which about 40% to 45% of its revenues are linked to PG&E via its ownership of a 242-megawatt AV Solar Ranch facility, which also has a PPA with the troubled utility company.

Schatz noted that one question has remained about how PPAs will be treated in the PG&E bankruptcy. He said the utility company could assume those PPAs, reject them or renegotiate them.

He focused on Topaz Solar Farms in particular, which is located in San Luis Obispo County, Calif. and is the second-biggest U.S. solar farm. He noted that First Solar originally developed the project, which was then bought by Berkshire Hathaway in 2013. Schatz estimates Berkshire's net equity investment in the project at more than $1 billion.

He said Topaz has about $900 million in first lien project debt. The firm's 5.75% and 4.875% amortizing notes have about an 8.5-year weighted average life. He also notes that reports which are available publicly imply that the asset generates about $200 million in annual EBITDA with a debt service coverage ratio of about 2 times, which he said suggests it has the capacity to "distribute meaningful cash upstream to Berkshire."