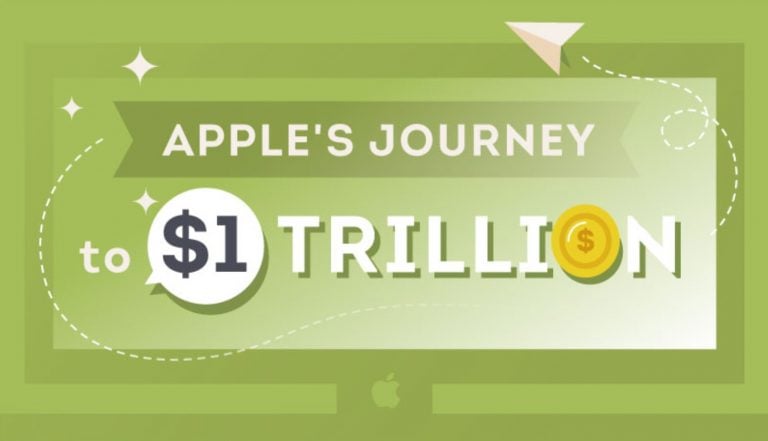 Apple Inc. (NASDAQ:AAPL) is one of those companies that never stops pushing the boundaries of success. Just last year, they made history by becoming the world’s first $1 trillion company. So where did it all begin? How did the brainchild of two college dropouts turn into the most valuable company in the world?

Apple was founded on April 1, 1976, by Steve Jobs and Steve Wozniak in the garage of Jobs’ parents’ house. After the success of the company’s first two products, Apple I and Apple II personal computers, Apple conducted its first public offering in 1980, pricing their 4.6 million shares at $22 per share.

The first half of the 1980s saw the release of two more popular Apple products, The Lisa in 1983 and The Macintosh in 1984. While Apple Lisa is known as the first personal computer with a graphical user interface (GUI), while The Macintosh is remembered for its famous futuristic commercial that aired during Super Bowl XVIII.

As innovative as The Lisa was, its disappointing price to performance ratio and poor sales led to internal conflict in the company between Jobs and other board members. The power struggle between Jobs and Apple CEO John Sculley culminated in Jobs’ departure from the company in 1985.

This, however, was far from the end of Steve Jobs’ Apple story. After leaving Apple, Jobs founded his own software company called NeXT, Inc. and managed to convince Apple’s board members that his company’s operating system was exactly what Apple needed to compete with Windows and meet the growing needs of their customers. In December 1996, Apple Computers bought NeXT for $429 million and welcomed back jobs as the interim CEO the following year.

In 1998, Steve Jobs announced the launch of iMac, calling it the product of “the marriage of the excitement of the Internet with the simplicity of Macintosh.” The instant success of iMac solidified Jobs’ reputation as one of the leading digital innovators and led to his announcement as the permanent chairman-CEO of Apple in January 2000.

The beginning of the new millennium is remembered for the introduction of two revolutionary products: the music platform iTunes and the MP3 player iPod. Apple was on a roll again and the following years were marked by a succession of innovative releases, including the iTunes Music Store, the Safari web browser, the first Intel-based computers iMac and MacBook Pro, and finally in 2007, the groundbreaking iPhone.

If you want to find out how Apple’s journey to $1 trillion company unfolds from here, take a look at the comprehensive infographic below by The Watchstrap.co.