Dan Loeb’s hedge fund shared its concerns in a letter to UTC’s board, saying the deal “complicates the narrative of a more focused aerospace company that was intended to emerge from UTC’s breakup.” UTC previously agreed to split itself into three, after pressure from Third Point. Moreover, the activist said there is no compelling strategic or financial rationale for the transaction, adding that it believes the deal is unlikely to create value for shareholders. Third Point also noted that the transaction values UTC’s “RemainCo” at $80 per share, which the activist believes misprices the aerospace business by over 40%. Third Point concluded that it will not support the merger in its current form and plans to vote against it.

Icahn filed his statement on Wednesday, stepping up his campaign to block Occidental from acquiring Anadarko. A lawsuit seeking information on the deal is unlikely to move quickly enough for Icahn, with a trial set for September 20. The deal, which does not need shareholder approval, is set to close in the second half of 2019, Occidental said earlier this month.

The consent solicitation requires 20% of shareholders to vote in favor of setting a record date. That will initiate a board challenge, after which a plurality of votes will determine which directors are elected. Icahn has not specified the four directors he is targeting or their potential replacements. As well as a strategic review committee of the board, the governance reforms sought by Icahn include changes to the procedure for calling a special meeting and written consent. The threshold for calling a special meeting would be set at 15%. Occidental responded on Thursday that it is determined to complete the takeover deal as the board believes it will create significant value and enhance returns for shareholders.

Viceroy Research published a short report on Pareteum last Wednesday, less than three weeks after Aurelius Value targeted the cloud communications company. Viceroy claimed that the company’s revenues were overstated by as much as 42% and that some of its customers are non-existent, while agreeing with Aurelius' verdict that Pareteum's 36-month contractual backlog  was inflated. It said shares should be worth between 44% and 75% less on a simple valuation metric but that the downside, though significant, could not be quantified.

Viceroy also said Pareteum may have provided services to an Iranian company that is subject to U.S. sanctions. The short seller reported the claim to federal authorities.

Viceroy did not confirm that it was short the stock, but the short seller has a disclaimer that advises readers they should assume Viceroy has a financial interest in the subjects of its reports.

In early June, Aurelius alleged Pareteum’s stock is "completely uninvestible" because the firm’s "public claims simply don’t hold up to investigative scrutiny." The short seller said it found irregularities and embellishments involving a significant portion of the firm’s partners and customers, indicating that the firm is struggling to find legitimate clients. Other red flags include accounting problems and a management team with ties to previous alleged frauds and failures. Pareteum responded to Aurelius' report by warning shareholders of a "coordinated attack by short sellers."

The number of Australia-based companies to have been publicly subjected to activist demands between January 01 and June 28 in respective years. 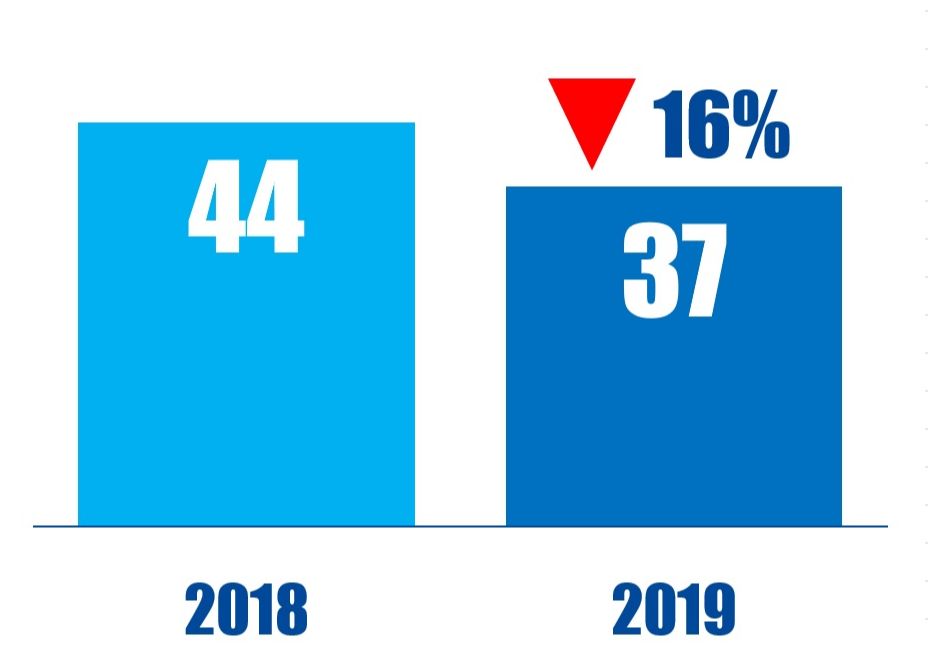