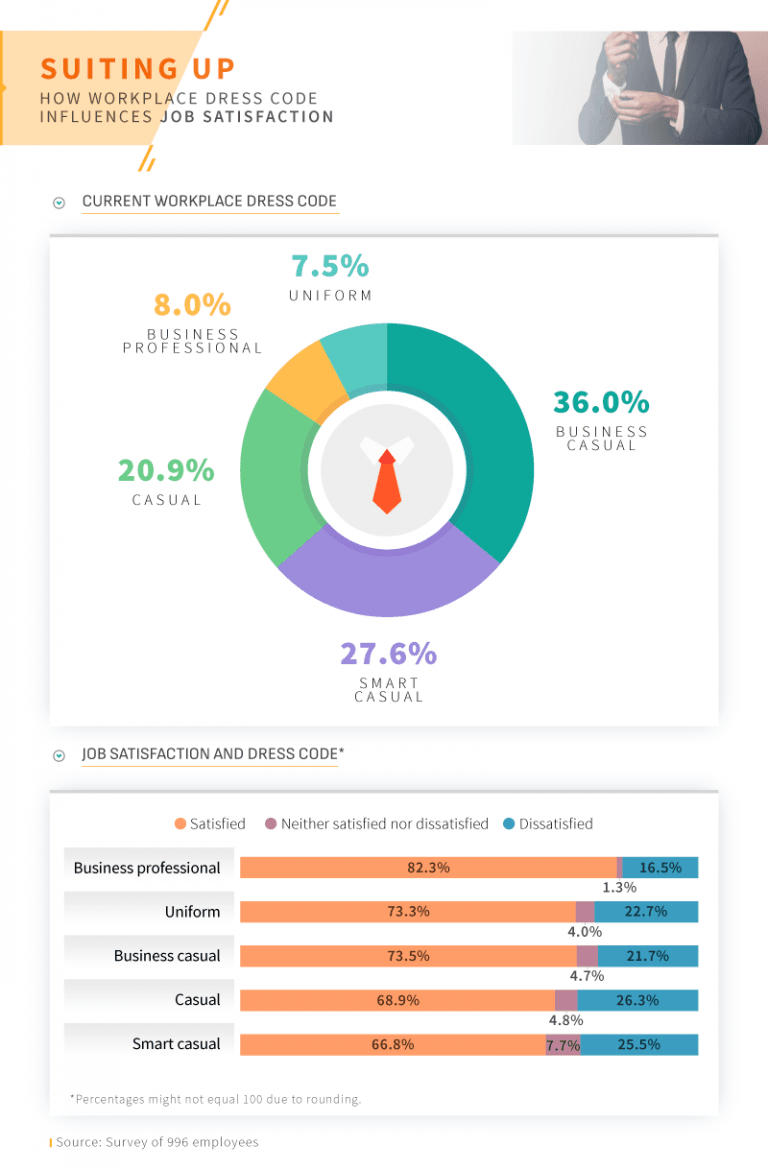 Dress codes are quickly changing in the modern American workplace, but how are employees adjusting? Some claim that casual attire can decrease productivity, while others feel getting rid of a professional dress code actually boosts office morale.

SimplyHired surveyed nearly 1,000 U.S. employees to determine what they wear to work, how dress codes have changed and are perceived, and how office dress code can impact job satisfaction, stress, work-life balance, and more.

This is good news for the finance and insurance industry, who were the most likely to have a business professional dress code. However, nearly one-third of finance and insurance employees reported their dress code had become more casual since they started at their current company. Education and technology also experienced a more casual dress code, while government and public administration was the least likely to change.

No matter the industry, a company’s dress code can impact its employees’ stress levels and work-life balance. The employees who had a business professional dress code reported spending the most amount of time getting dressed for work at over 13 minutes. Employees who were extremely stressed and found it very difficult to maintain a work-life balance also took the most time to get dressed for work at around 11 minutes.

Comfortability also varied by generation for women, with 40% of millennial women feeling comfortable wearing leggings to work compared to 27% of baby boomers. Female millennials were also more likely to be comfortable coming into the office with wet hair or in fitness attire.

No matter a company’s dress code, around 8 in 10 employees said that following it was easy; however, male employees believed it was slightly easier than their female counterparts. Gay, bisexual, or asexual employees also found the dress code twice as difficult as straight employees. In fact, women were more likely to receive disciplinary action for dress code violations than male employees, while gay, bisexual, or asexual employees were three times more likely to receive disciplinary action than straight employees.

Dress codes at the office can be a complex issue, so company leadership should seek to incorporate diverse perspectives. No solution will be flawless, but a collaborative attitude can help to minimize disagreement. 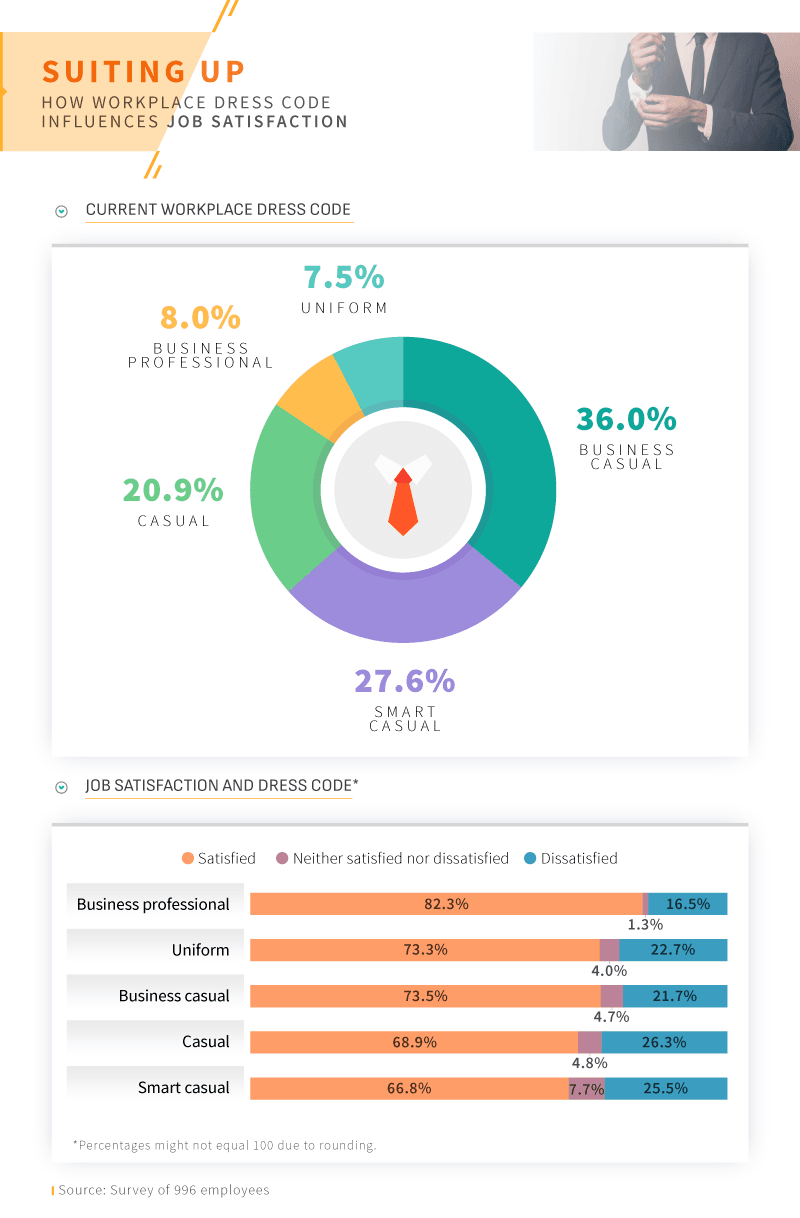 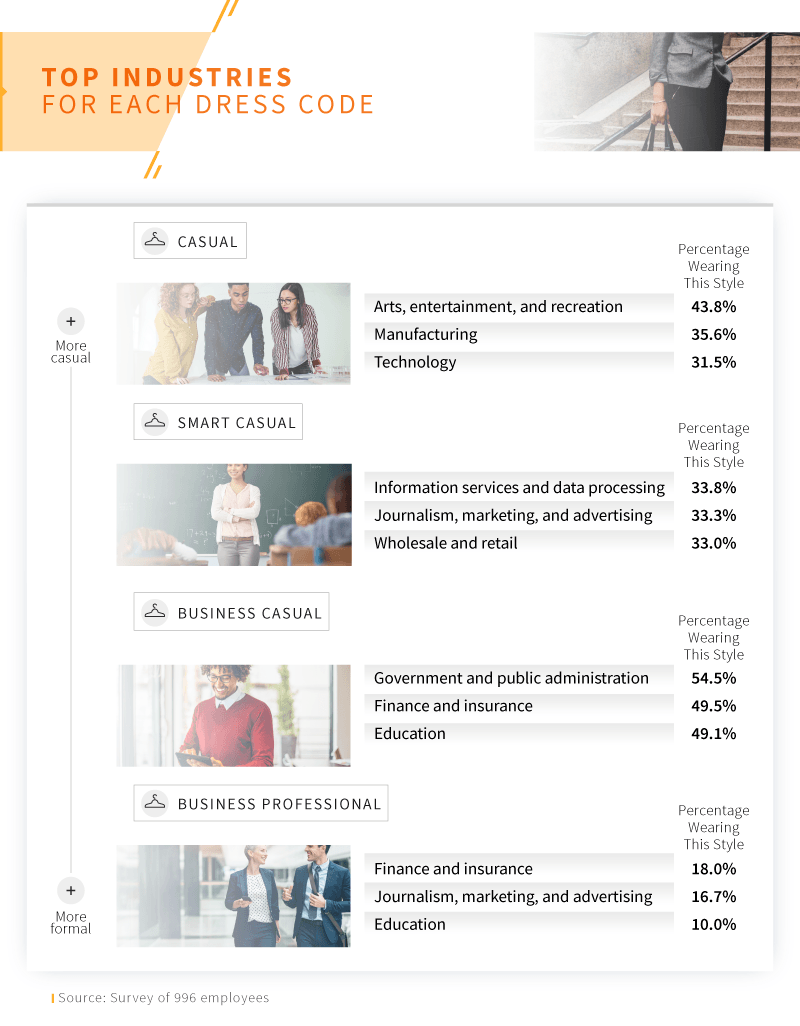 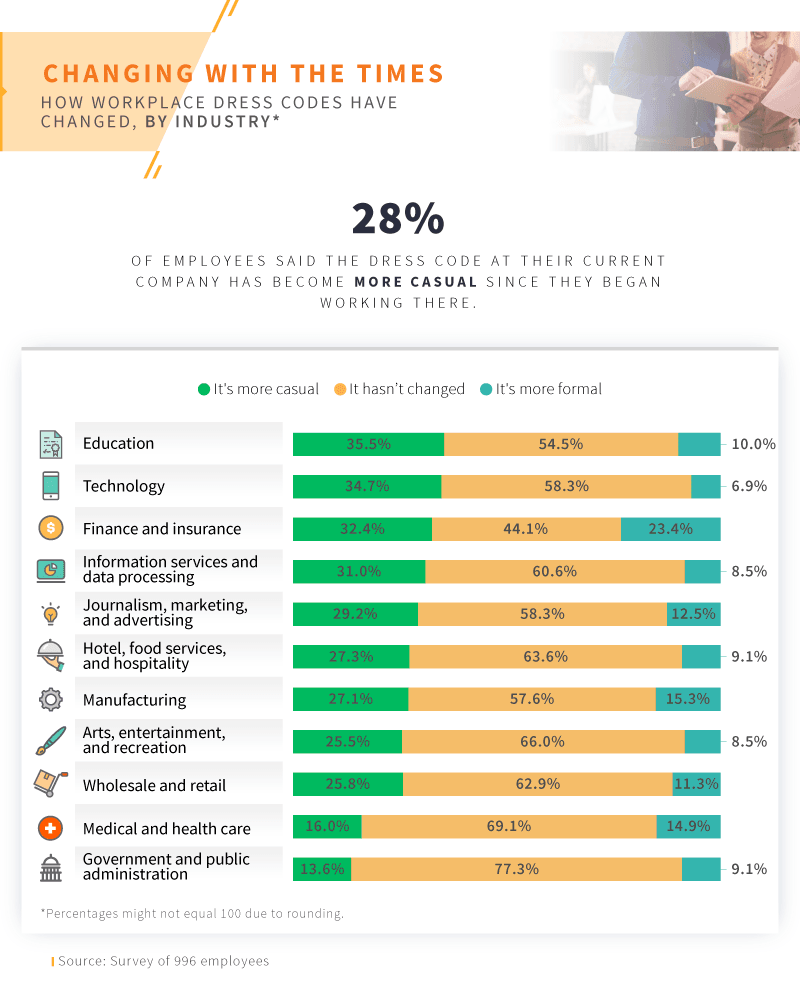 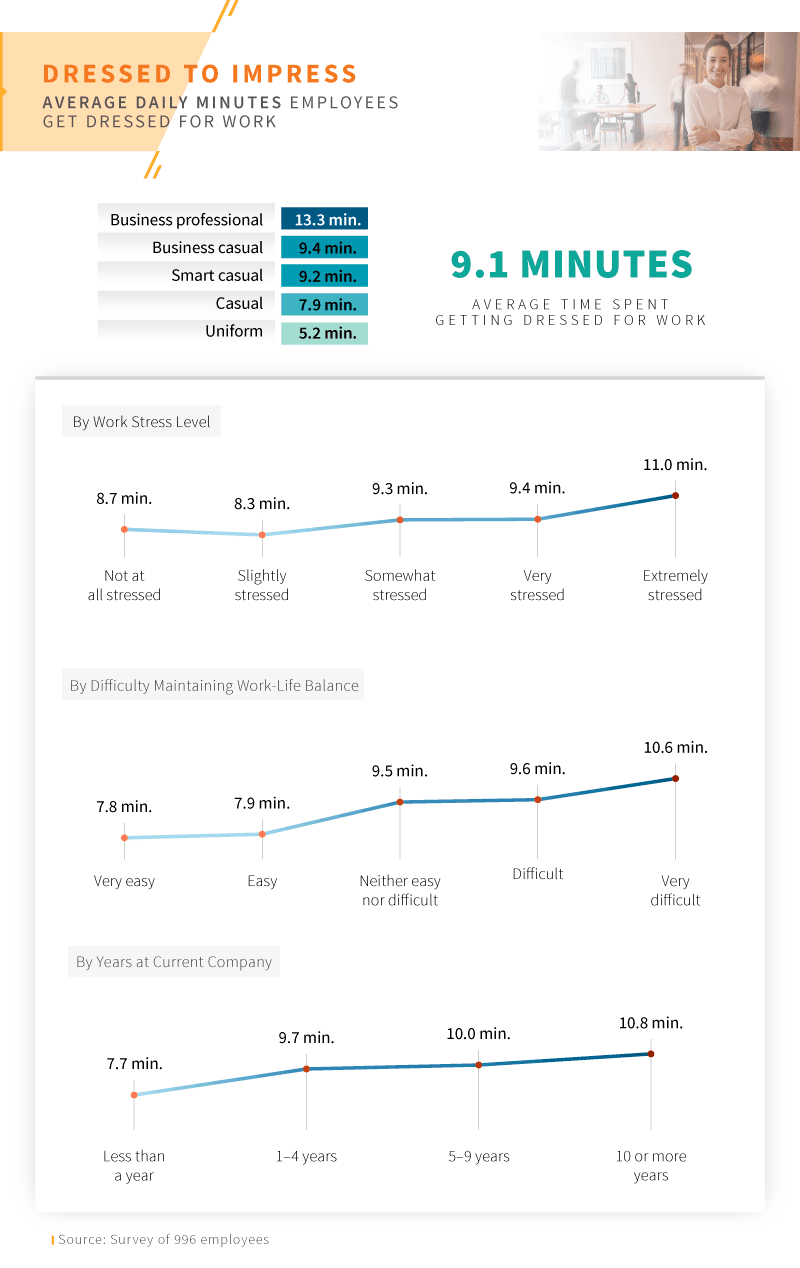 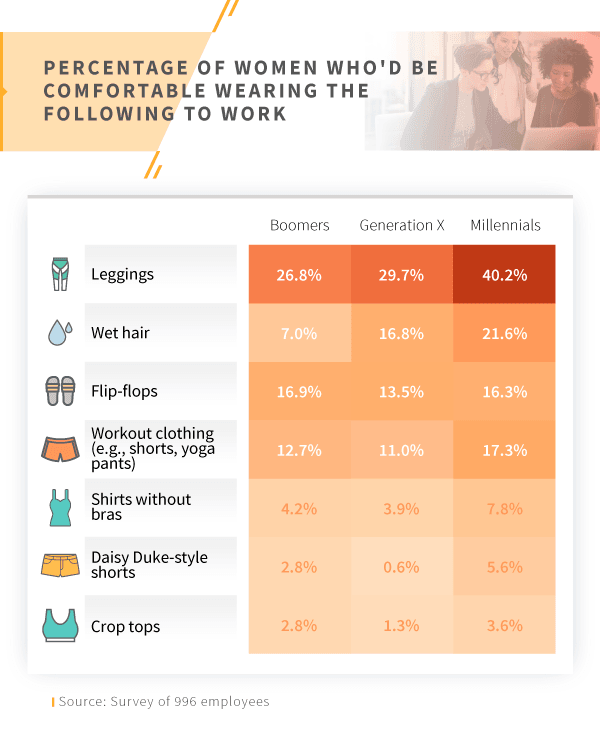 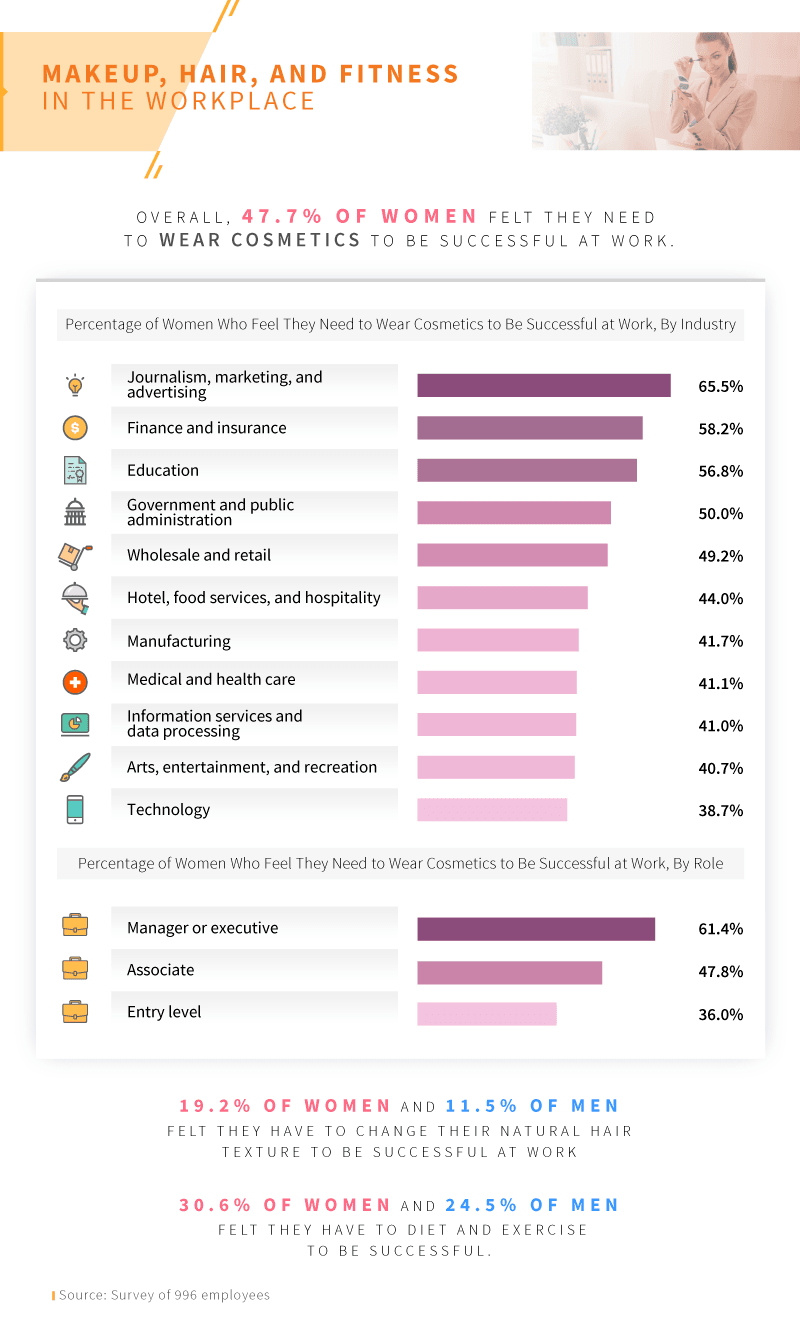 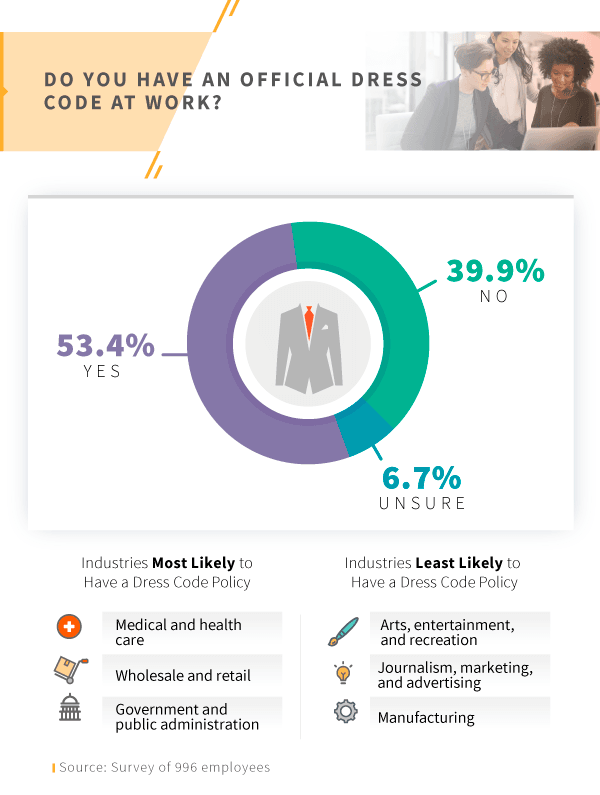 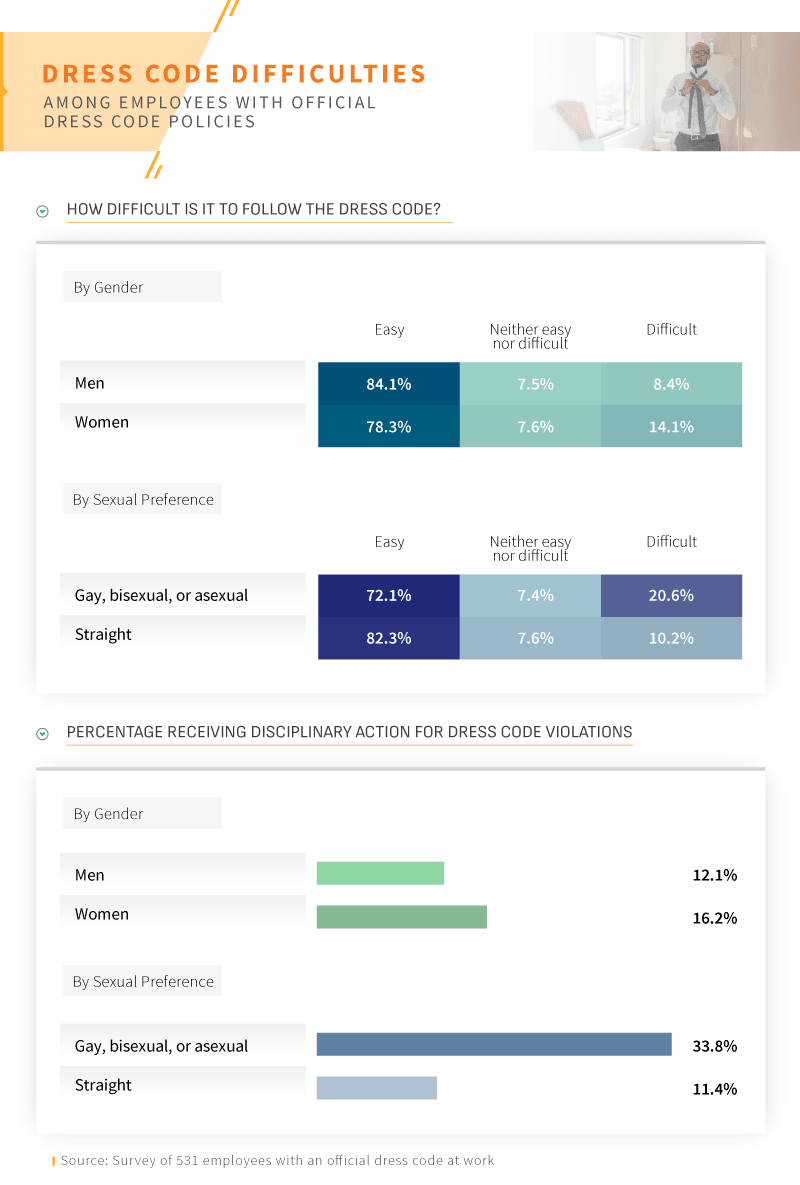