We’ve known for a while that Huawei has been working on its own operating system to replace Android, but there have been few details about it so far beyond its code-name, which is Hongmeng. Now we’re hearing reports from early testers who are comparing Huawei’s Hongmeng OS vs the Android OS.

Differences in the Hongmeng OS vs Android OS

According to GizmoChina, testers have begun revealing some of the differences between Hongmeng and Android. We already know that Hongmeng will be a sort of Android fork similar to how Amazon created its own version of Android, so differences are certainly expected. However, the company has said before that it will be able to run many Android apps.

Some of the early differences are minor, like the new boot animation. Others are much more noticeable, like greater customization for the Home screen and lock screen with new widgets and options available. Hongmeng’s icons also look different, and Huawei reportedly included many animations for cosmetic purposes. Although this is a very early version of the operating system, early testers report that it runs smoothly. It also has a new notification panel and large search box. The settings also include a new reminder mode, and it features a new ringtone to set itself apart from other mobile operating systems.

The camera app is reportedly very simple with fewer controls than what’s available on the Huawei P30. It’s unclear whether this means the camera will disappoint. The Huawei P30 Pro received high marks for its camera.

Because this is still a very early version of the OS, many included features aren’t usable yet, which means any comparison of Huawei’s Hongmeng OS vs the Android OS will be incomplete. However, GizmoChina said it’s not clear whether the features are still locked because they aren’t complete yet or if they are locked due to confidentiality.

Hongmeng expected to be faster than Android

This isn’t the only comparison of the Hongmeng OS vs the Android OS we’ve seen recently. In an interview with the French-language Le Point, Huawei CEO Ren Zhengfei offered more details. Pocket-lint requested an English transcript of the interview and shared even more information.

Perhaps the biggest detail is that Hongmeng is clocking faster than Android at a delay of only five milliseconds. That makes it faster not only than Android but also than Apple’s macOS.

Although it has been widely reported that Huawei is developing Hongmeng to replace Android, Ren said it will be quite different. In fact, he said it will work not only on smartphones but even PCs, routers, network switches, routers and other devices. Based on that, BGR notes that Hongmeng sounds more like a replacement for Google’s Fuchsia operating system than Android. Pocket-lint reports that Hongmeng was originally designed for telecommunications networks, and it should be suitable for a variety of connected devices, a.k.a., the so-called “Internet of Things,” and possibly even self-driving cars.

According to Ren, Huawei’s biggest challenge may be the lack of an app store. Although the company is working on its own app store, he admits that it will “take many years” to build an app ecosystem that’s on par with Android and iOS. He also said they still hope they won’t need to implement Hongmeng on smartphones, but they will if they are barred permanently from using Google’s Android. 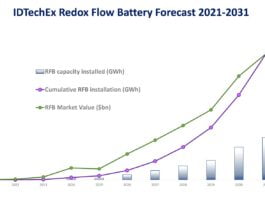 Li-ion Batteries Might Lose Their Leadership in Stationary Applications