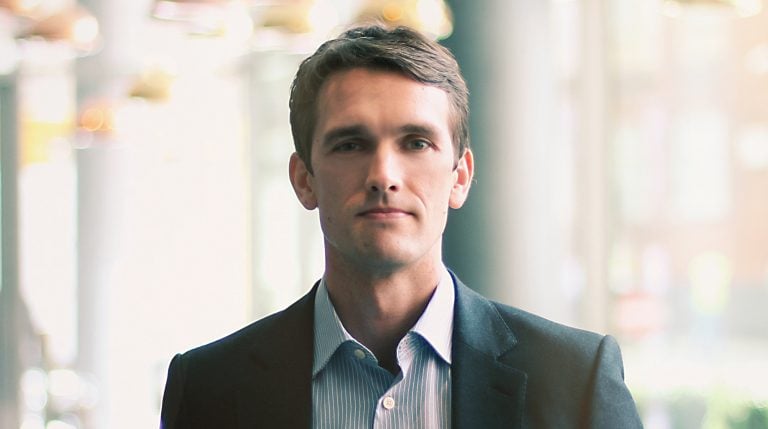 ValueWalk’s Q&A session with Dr. Tom Robinson, the Chief Scientist and Co-Founder Elliptic, in which he reacts to the Facebook, Inc. (NASDAQ:FB) hearing in front of Senate and Congress. In this interview, Dr. Robinson discusses when he got into cryptocurrencies, concerns on Facebook’s Libra cryptocurrency, if Venezuela can evade sanctions with Libra, and if Libra can be used for illicit transactions.

My name is Tom Robinson, I am the Chief Scientist and co-founder of Elliptic a cryptocurrency compliance and blockchain analytics provider. I have advised governments, tax authorities, and regulators on cryptocurrencies, and led forensic analysis of bitcoin transactions by cybercriminals.

When did you start your firm and what does it do?

At Elliptic, we add an identity layer to cryptocurrencies, linking addresses to real-world entities ranging from wallet services to dark markets. By doing so we help our clients to identify and prevent the criminal use of cryptocurrencies. For example, cryptocurrency exchanges and wallet services use our software to check whether their end-users are engaged in illicit transactions.

When did you get into cryptocurrencies?

I first heard about bitcoin in 2011. I think I had a fairly typical first reaction, in that I assumed it was some kind of internet scam, but as I dug deeper I realized that it was one of those technological step-changes that only happen once or twice in a generation. What particularly excites me about cryptocurrencies is that they are open and transparent. Unlike the legacy financial system, anyone can build on top of cryptocurrencies, which I believe will eventually lead to lower-cost and more sophisticated financial services that serve everyone better.

How do you value a new currency or asset like bitcoin - how do you decide if you want to buy, sell or hold it?

The question I would ask is what value does it provide, or promise to provide in the future? Why would I use a particular crypto asset to store my wealth or to make a payment? If I can’t formulate a persuasive response to these questions I would find it difficult to assign a non-zero value to that asset.

Why is Congress so against Libra? Who won that battle?

The issues raised during the hearing seemed to fall into three main categories: the potential illicit use of digital currencies such as Libra, concerns about Facebook's access to customer financial data, and apprehension about Libra's impact on the US dollar as the global reserve currency. Many of the concerns seem to stem from a lack of understanding of the Libra proposal, combined with a deep distrust of large technology companies in general, following recent scandals.

Facebook is using a patriotic argument to try and mollify the public, but if Facebook has to comply with US law vs let's say Venezuela cant they evade sanctions with Libra?

It depends on who Venezuela wants to transact with. I believe that there is a real risk that countries subject to economic sanctions might come together to establish a parallel financial system that isn’t ultimately controlled by the US, perhaps using crypto assets.

Can Libra also be used for illicit transactions like some in Congress argued?

The openness of cryptocurrencies such as bitcoin has led to fears that bad actors are free to use them to transfer funds around the world and bypass anti-money laundering controls. This is a concern that has been raised about Libra by some politicians and regulators. However, in our view, cryptocurrencies provide far more scope to identify and prevent illicit activity than traditional payments systems, thanks to the transparency of the transaction ledger. Like bitcoin or ethereum, Libra is based on a transparent transaction ledger. Anyone will be able to view the details of all transactions between Libra addresses, although the identities of those controlling the addresses are not recorded.

I think the discussions and media coverage over the past week has exaggerated the illicit use of crypto, and has downplayed the regulations already in place to restrict this kind of activity. The fact is that the US has already built a strong regulatory regime around cryptocurrency exchanges and wallets, and this has proved to be extremely effective - very little proceeds of crime in cryptocurrency now pass through US cryptocurrency services. The same regulations will apply to Calibra and other Libra wallets based in the US or servicing US clients.

I don't believe that Libra will facilitate large-scale illicit activity - it is too transparent, too centralized (ultimately being controlled by a small group of validators through the Libra Association) and there are better payment options for criminals.