It’s the only thing that stands between your personal information and a hacker: your password. We all know “1234” won’t do the trick anymore, but many of us still make mistakes when creating our online credentials.

What was once a short, simple means of protecting your computer has become a coveted set of keys to the virtual kingdom.

We live much of our lives online and our passwords now protect everything from streaming services to social media accounts to bank accounts. While cyberattacks are becoming increasingly common and their methods have evolved, some of our questionable habits in making passwords have not.

The average online user is putting their personal information at risk in more ways than one, according to a recent study by Security.org about password strategies and security habits.

Seventy-two percent of people admit to recycling passwords, up to four times each. We tend to think of millennials as the most tech savvy generation, but they’re the most likely to reuse passwords, leaving room for some serious security pitfalls. When it comes to creating passwords, the old saying “out with the old, in with the new” applies perfectly.

Reusing a password may eliminate the headache of trying to remember it, but it also makes a hacker’s job even easier. If a password has been leaked before, a cybercriminal can simply use that same password to gain access to the user’s other accounts.

Data breaches and leaks make headlines frequently, even affecting big names like Google, 7-Eleven and British Airways. Thirty percent of people don’t even know their information has been leaked and remain unaware that their credentials have been compromised.

Password manager applications like Lastpass and Dashlane seem to be the easy fix to our fleeting memories, but only 27% of people actually use them. The majority of users, especially millennials, tend to rely on their own memory to store passwords, even though 54% of people admit to forgetting them.

Anyone who has been the target of a breach, hack or leak knows the results can be devastating and invasive. Hackers are getting smarter, and it’s time our passwords got smarter too.

How safe is your password keeping you online? Read up on some of the most common, problematic strategies to avoid when creating passwords in the infographic below. 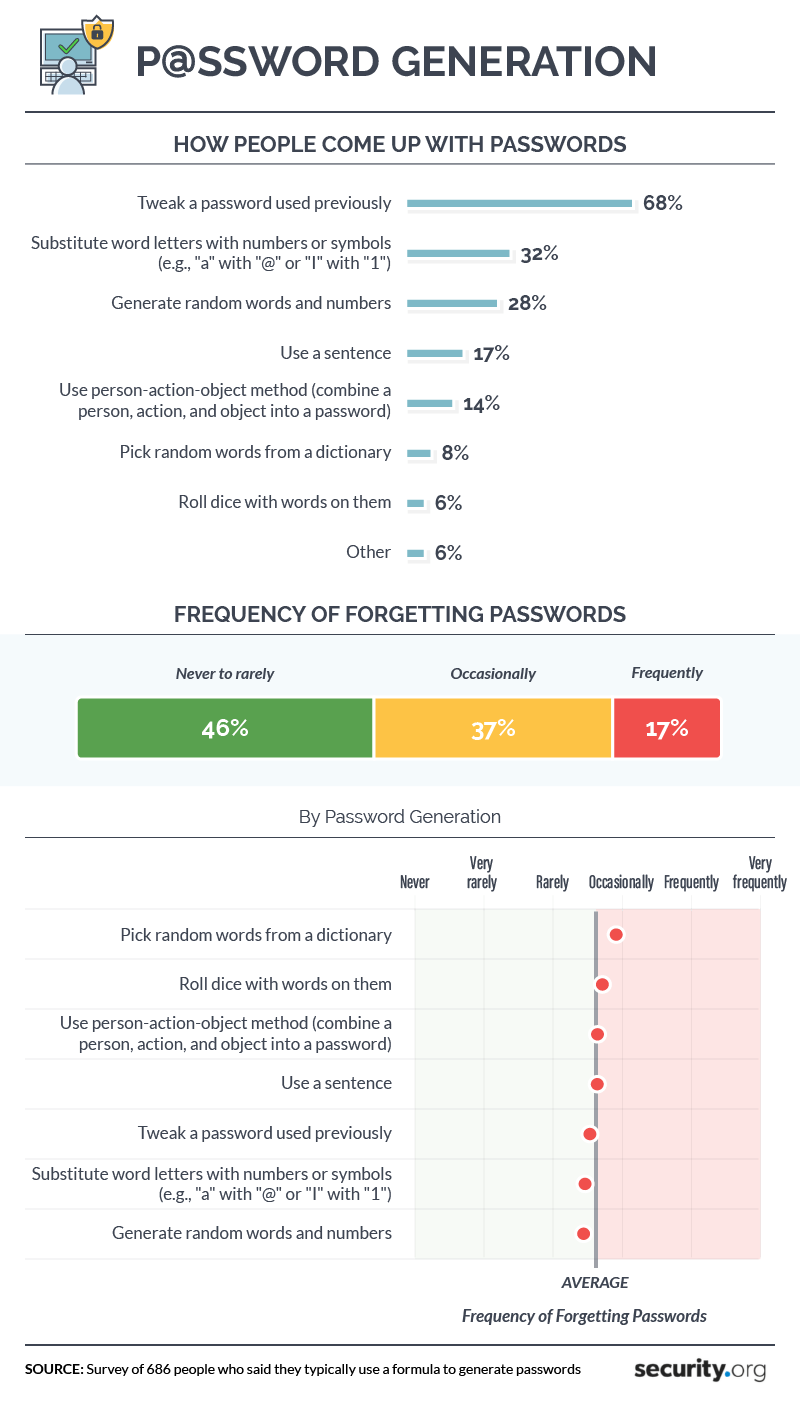 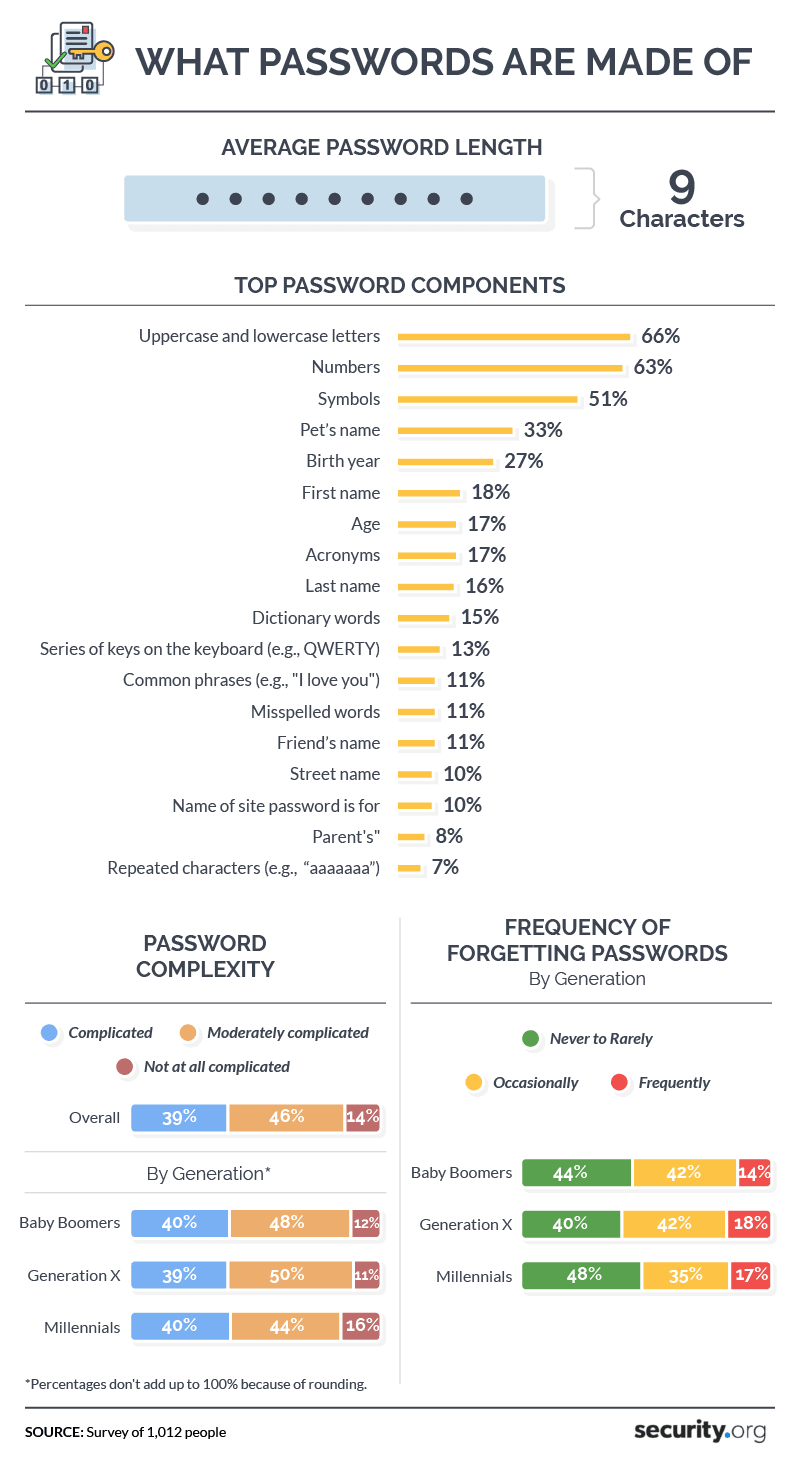 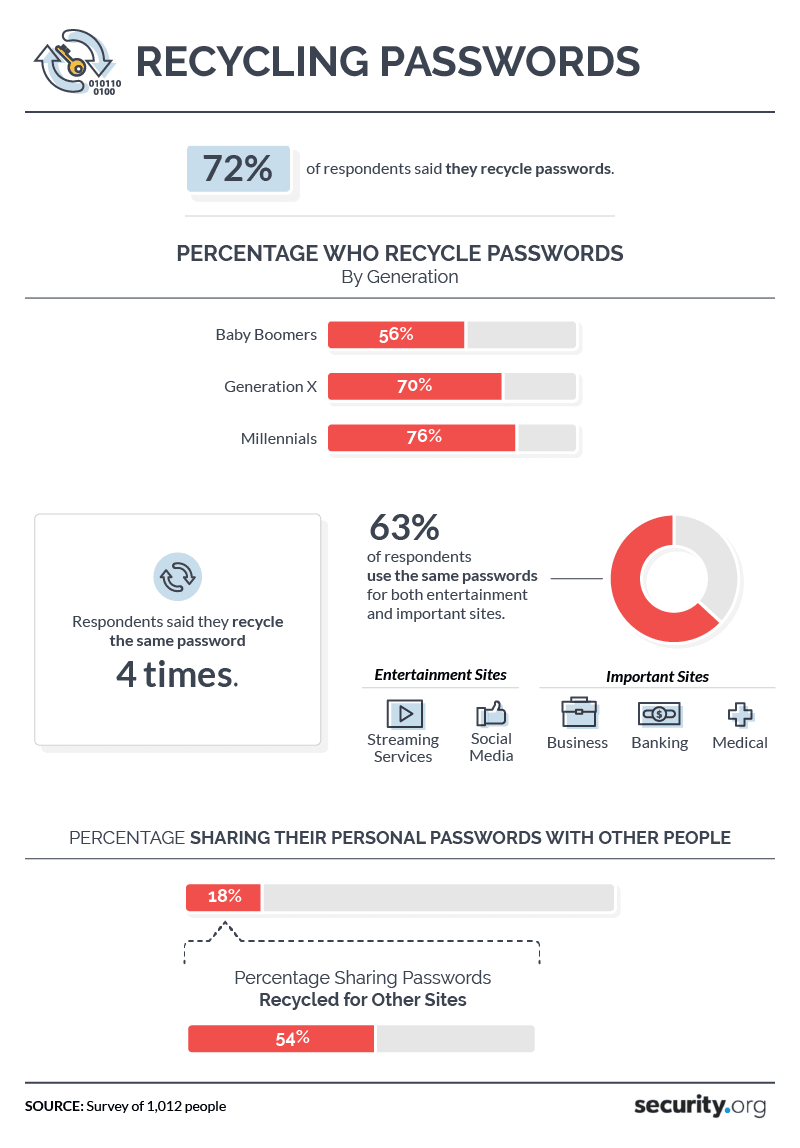 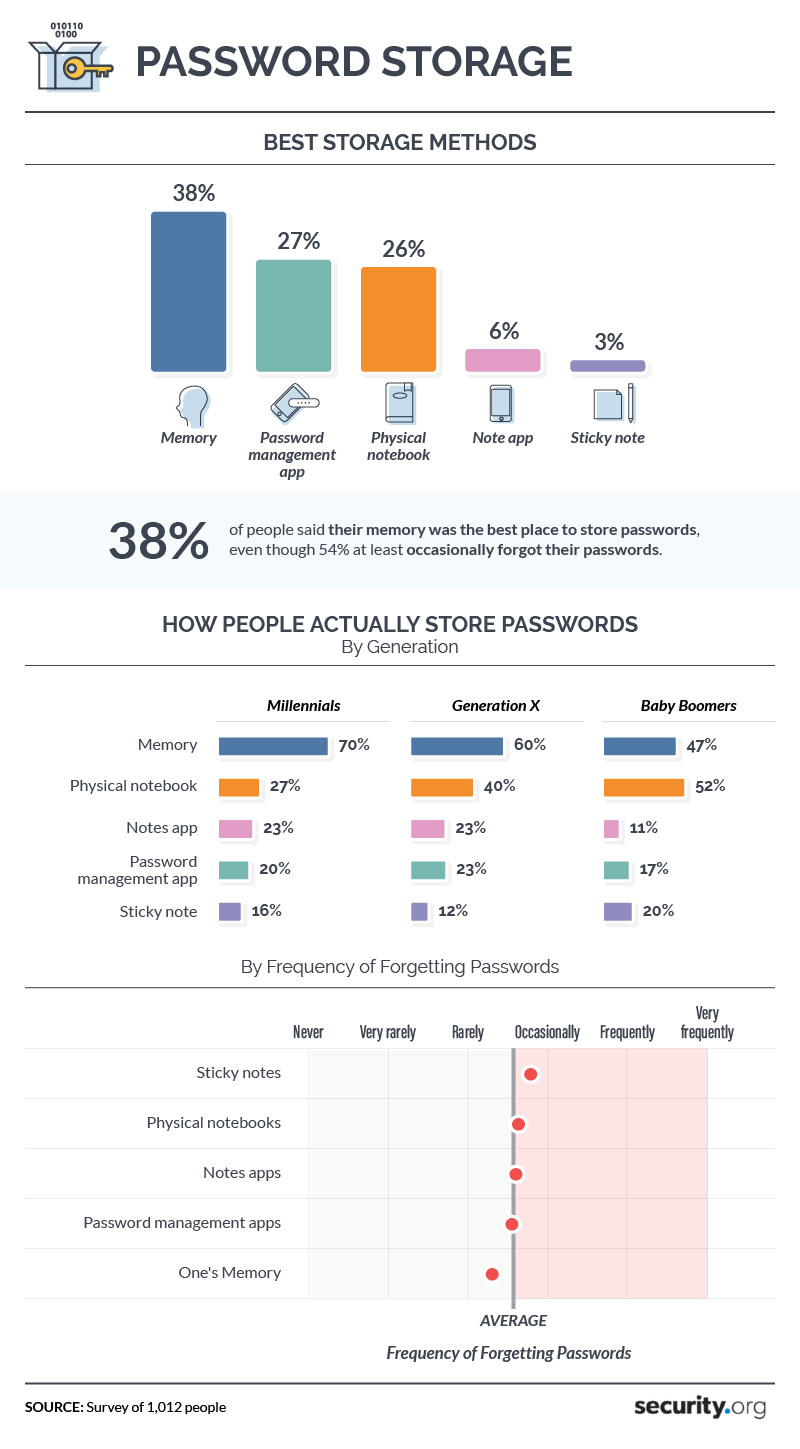 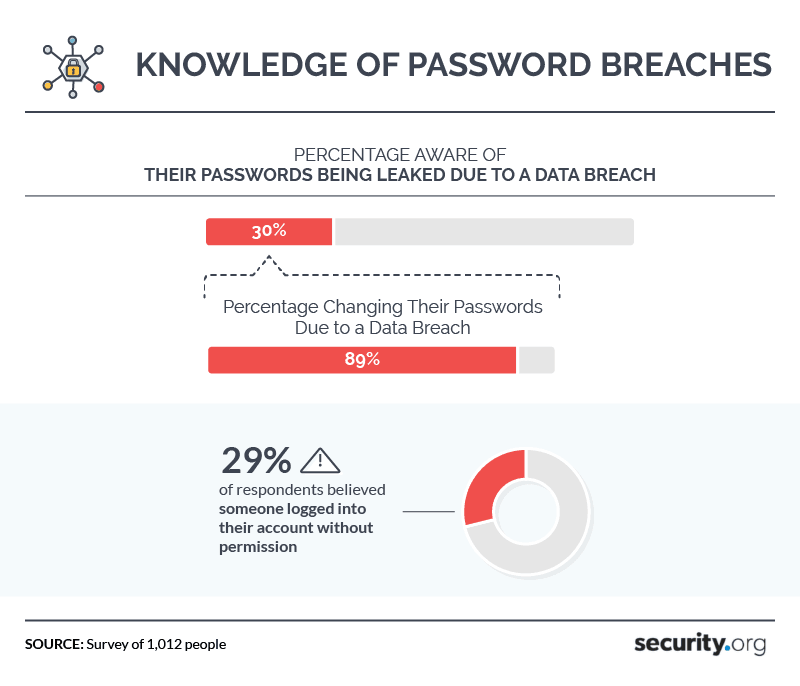