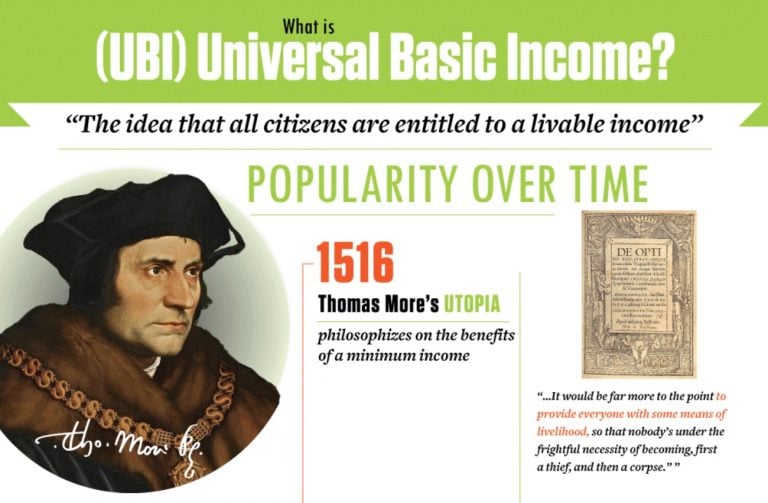 Value-Added Tax is a tax on the production of goods or services, usually paid the customers. Another possible way to fund Universal Basic Income is a Flat Income Tax - a 70% tax on income over $10 million could bring in nearly $300 billion by 2028. There are several cities and countries that some of these ideas to pay for Universal Basic Income. In Stockton, California monthly stipend given to 100 randomly selected citizens and in The Netherlands test groups receive varied levels of stipends and benefits. Preliminary findings include a 12% increase in confidence in financial situation and optimism for the future. A 9% increase in good or better health and a 6% increase of influence on society. The time of experiment may be coming to an end - nearly half of all work activities worldwide have the potential to be automated, potentially changing the world as we know it

Artificial intelligence reduces employment. Up to 30% of all working hours worked globally could be automated by 2030. Wages go down as competition for work drives wages go down for preexisting jobs.

Find out how Universal Basic Income could be changing our way of life here.