Good day fellow investors. There is so much talk about stock market crashes, economic collapses, currency collapses, and I want to tell you a crash would be great for you. Now you might consider me crazy but I'll show you. I'll give you a mathematical proof. By the end of this video how any kind of crash with stocks with other assets would be a great thing for you long term and you would be better off to quote Warren Buffet. Whether we are talking about stocks or stocks I like buying quality merchandise when it is marked down.

Despite Buffett's logic it's really hard hard to think that when the stocks you own go down you should be happy because everybody's happy when stocks go up. When I see stock that I bought go up 20 40 percent I see the excitement on my stock market research platform everybody saying goodbye goodbye. But actually you should be happy when your investment goes down and I'll show you why in this video. Let's start. Let's take a simple example of the S&P 500. To make things easier let's assume you only own one stock one stock of the S&P 500 and your portfolio is two thousand eight hundred thirty nine dollars and 21 cents which was where the S&P 500 was when I was writing this article. That's all we have one stock of the S&P 500. The dividend yield of the S&P 500 is one point ninety four percent and the trailing dividend in points.

If you compare it is 55.20 free S&P 500 points. It means that you get a dividend of 55 dollars and 23 cents for each share of the S&P 500 you own. Let's not make two scenarios one where the S&P 500 grows constantly for 7 percent per year over the next 10 years. So just up up up and up and the other scenario when it drops 30 percent in 2019 do 1940 points and then is it stays flat for the next 10 years and you will say OK spend this is really crazy but stick to stick with me you will see at the end how you end up better when there is a crash. One scenario S&P 500 crashing to 1940 points 30 percent from the current level and the other scenario is where disappear five hundred grows at 7 percent per year. And this is the result. So if the S&P 500 would crash it would go to OK in this case 1900 below 2000 points and stay there if it would continue to grow at 7 percent per year. It would go to five thousand five hundred dollars in value for one share.

I cannot even imagine the panic headlines produced by the media outlets if the market would crash 40 percent during this year. Nevertheless we should all be happy if that would happen. And here is why now the key when it comes to being happy about crashes is a dividend. So you reinvest that dividend and if you do it now you get zero point zero one nine of an imaginary S&P 500 share. However if the S&P 500 is down 40 percent and below 2000 points at nineteen hundred forty points then you get zero point zero to eight of an imaginary S&P 500 share and this difference over time makes the difference between an investor and a speculator and over time owning more businesses thanks to higher purchases when you reinvest the dividend leads you to higher returns in the long term. Let's dig into the mathematics. So this is the value a number of shares after growth of 7 percent per year and reinvested dividends. So after 10 years you have one point twenty one shares of the S&P 500 for a total value of six thousand seven hundred seventy one dollars.

However if the S&P 500 crashes 30 percent doesn't grow for 10 years and stays below 2000 points up to 2029 you end up with one point forty five shares of the S&P 500 for a value of two thousand nine hundred. The total dividend on your one point forty six shares with five percent estimated dividend growth would be one hundred forty. Now the comparison is between six thousand seven hundred seventy one dollars with no crash and only growth and two thousand nine hundred dollars for the portfolio with the 2019 crash and no growth. So you must be thinking Sven you might be very well educated but this is idiotic. Six thousand seven hundred is much better than 2000. 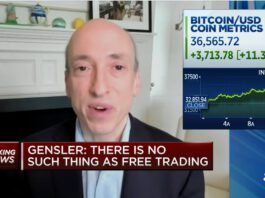 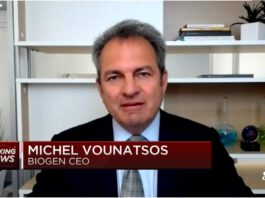 ABOUT US
ValueWalk.com is a highly regarded, non-partisan site that provides unique coverage on hedge funds, large asset managers, and value investing. It also contains archives of famous investors, and features many investor resource pages.
Contact us: [email protected]lk.com
FOLLOW US
© 2011-2021 VALUEWALK LLC. ALL RIGHTS RESERVED.