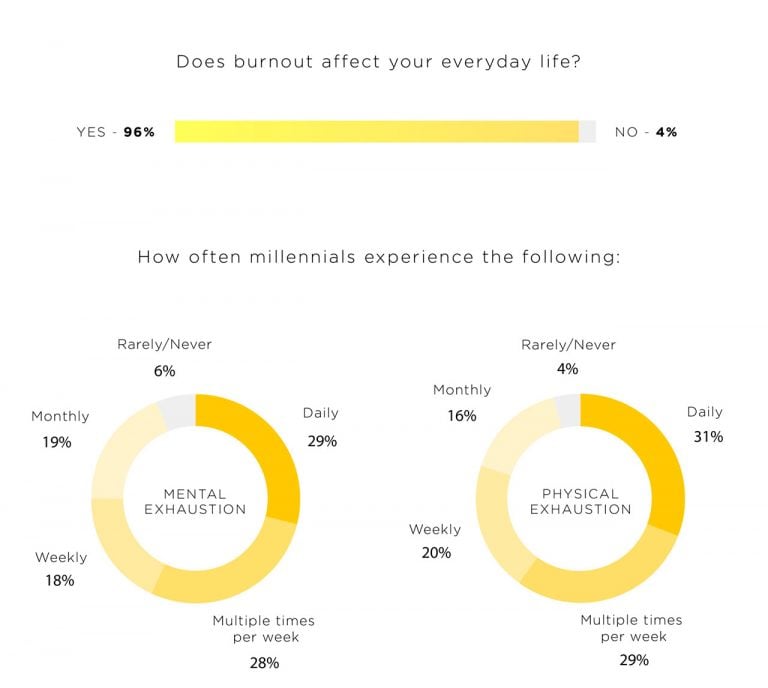 To find out more about how millennials feel about work and life-related burn-out, the experts at Yellowbrick psychiatric center in Evanston, Illinois surveyed 2000 millennials. The study revealed that the overwhelming majority—some 96-percent—say burn-out affects their everyday life.

The leading causes of the phenomenon come to be understood as “millennial burn-out” is a young person’s work. Roughly three-in-four millennials say their job adds to their experience of burn-out, nearly half blame their finances, and one third point to pressures surrounding socialization.

When it comes to workplace burn-out, millennials responding to the Yellowbrick survey indicate a common theme of over-working and over-accessibility. Nearly half of all respondents said they considered themselves to be a “workaholic” and 68-percent say they believe they suffer from “workism” whereby a person only identifies themselves through their job or career. The majority of millennials say they feel pressured to work longer hours or overtime, as well as pressure to constantly be accessible to their jobs via email, office messenger, or other means of communication. A significant portion of working millennials say they feel that stress daily, with one in four saying they work off the clock more than once a week, and one in three saying they feel overworked every day.

So how do millennials cope?

Some of the most common coping mechanisms include watching television or other streaming media services, sleeping and making time to exercise. Just under 10 percent of millennials say they resort to either alcohol or drugs to help with the stress. Of those who say they take drugs to cope, 68 percent say they use marijuana.

Others say they turn to meditation, surfing the internet or just talking to friends or family. When asked if they’re going to do anything to deal with the stress long-term, nearly two in three millennials say they plan on making “major lifestyle” choices within the next year or so to reduce their stress. 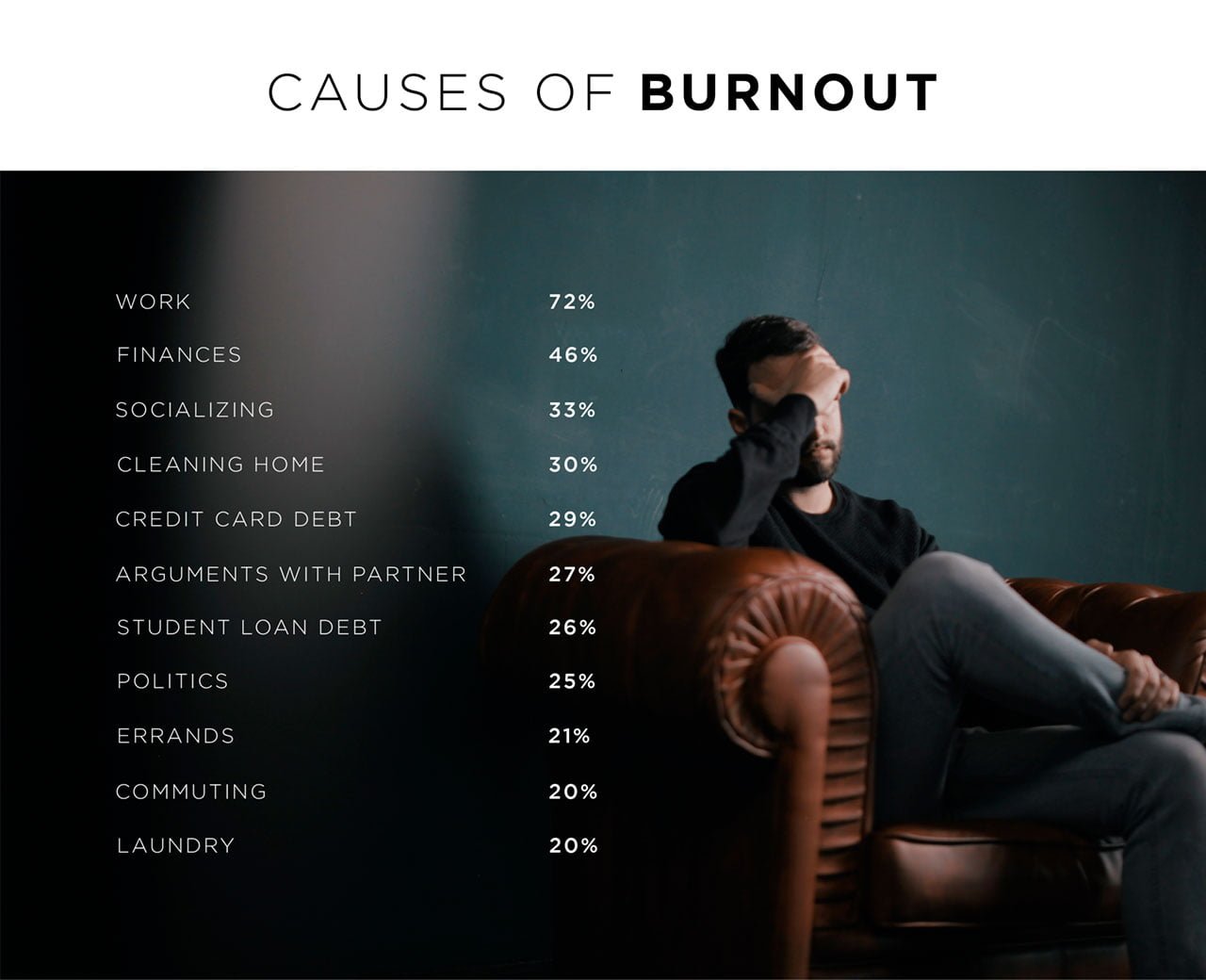 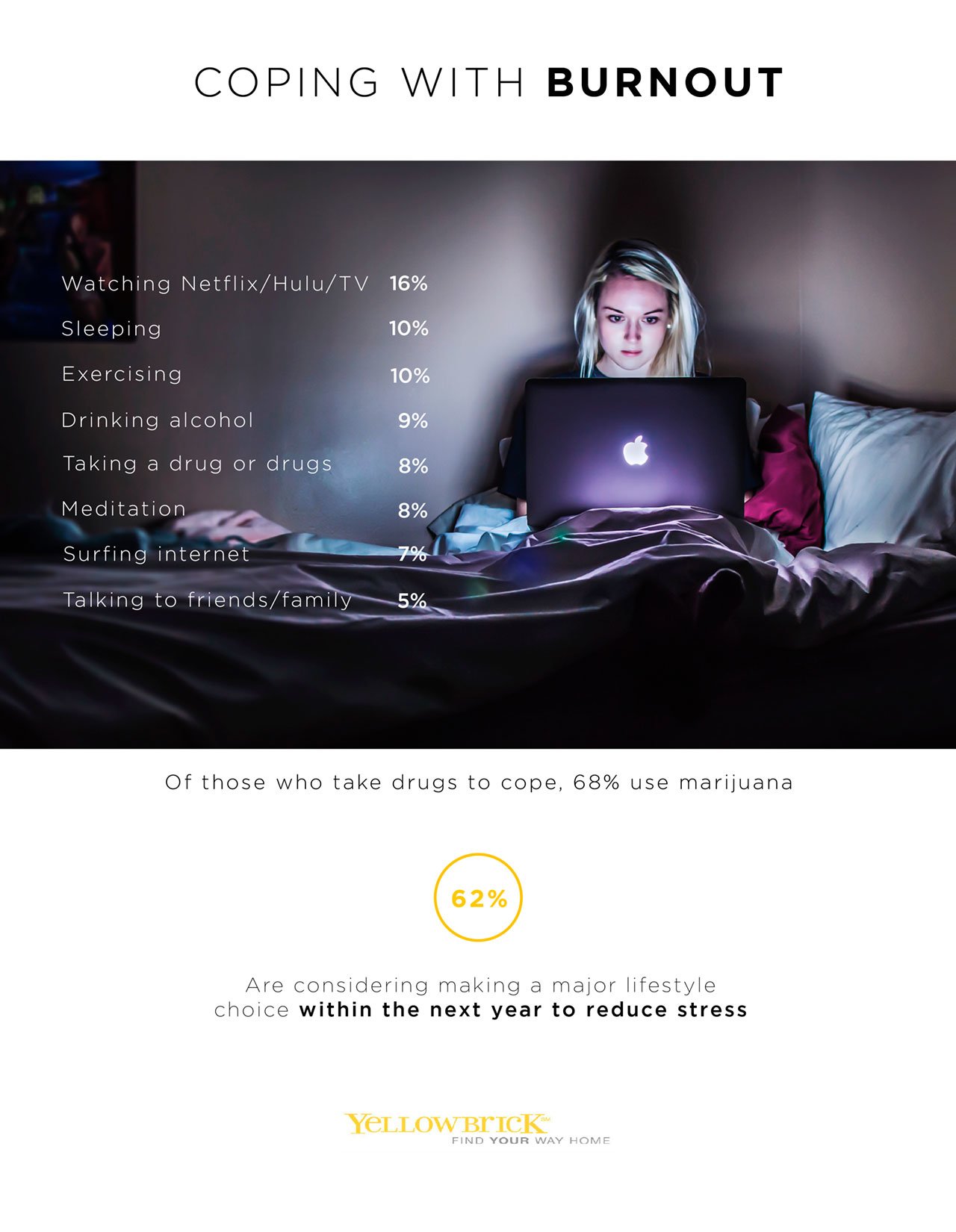