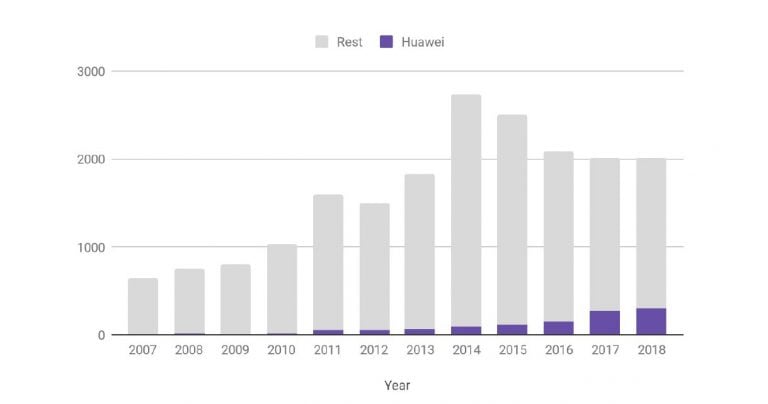 We analyzed ~22,000 mobile phones from the Semantics3 Catalog. Here’s what we found. 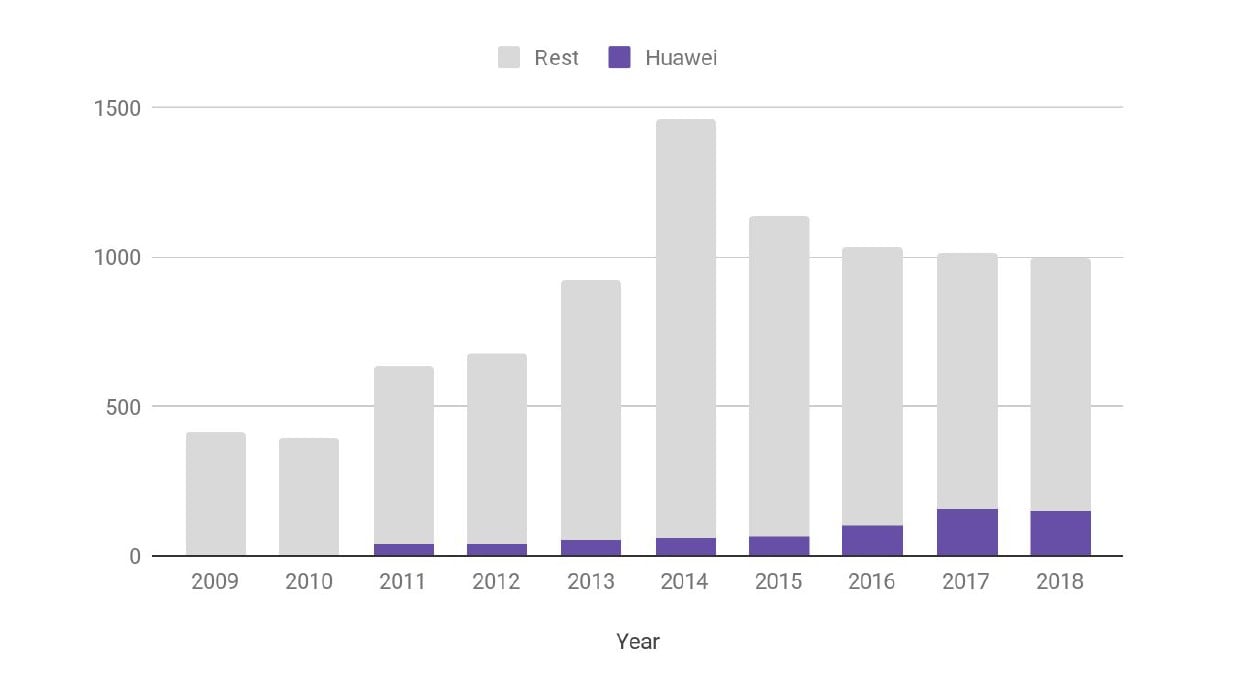 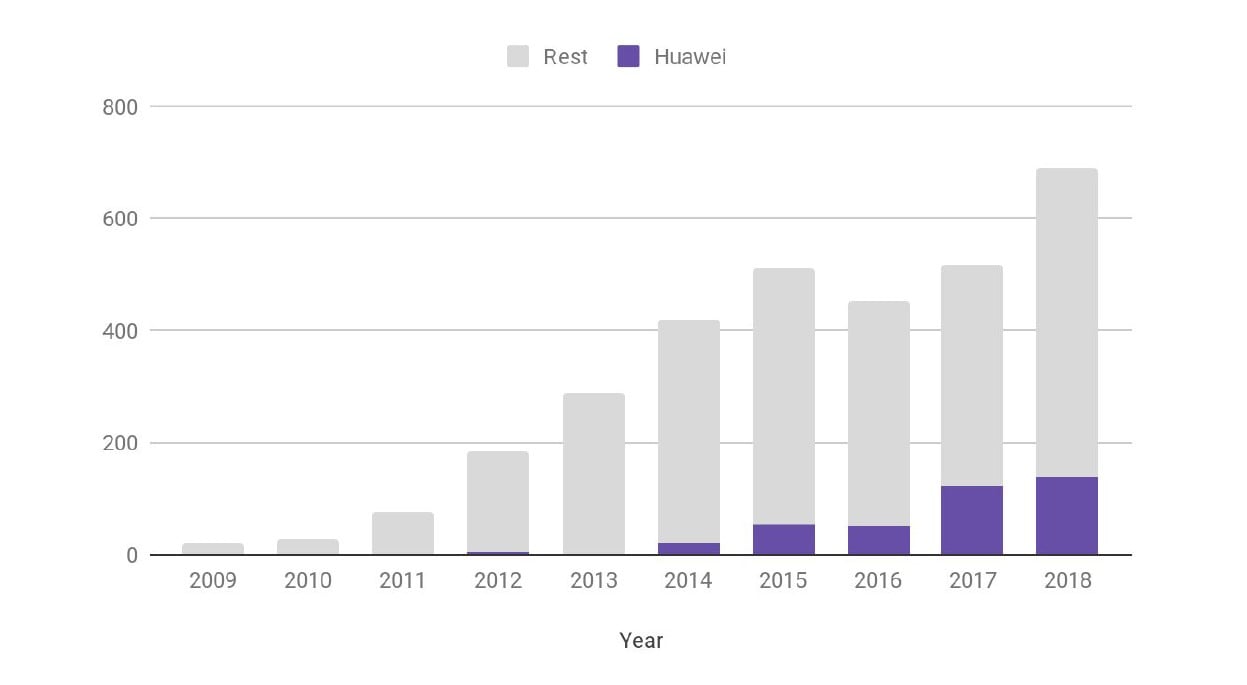 The <$100 category won’t be affected though 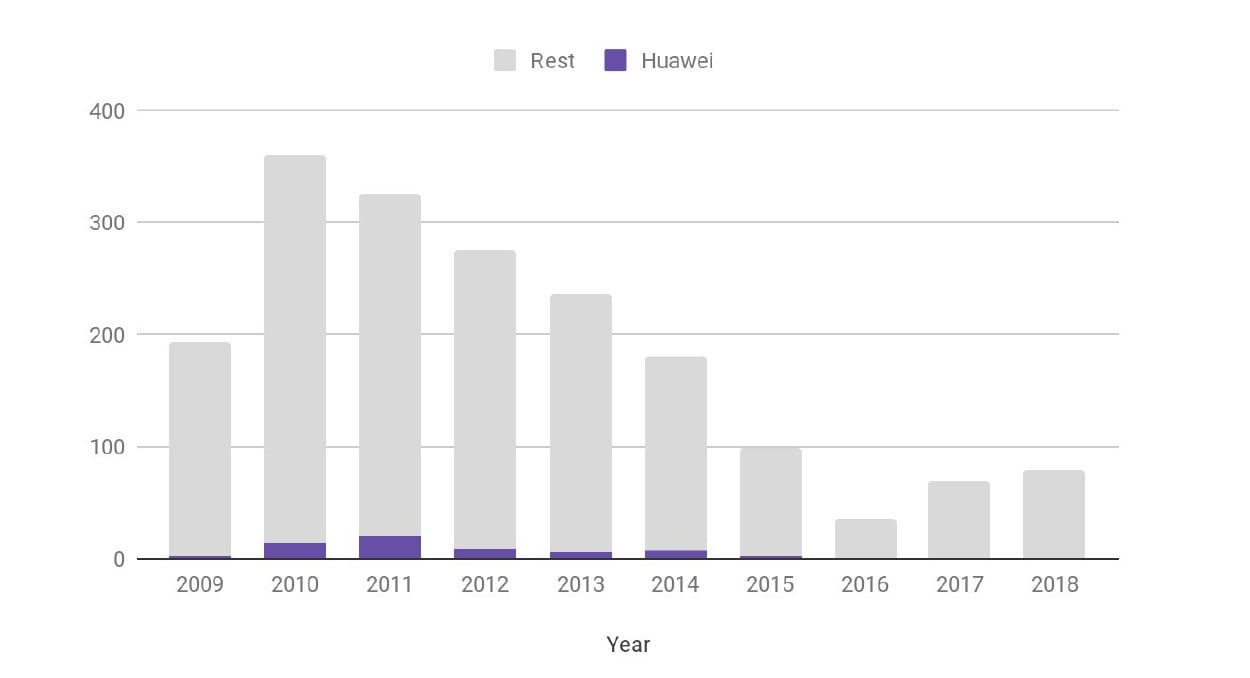 US firms supply a quarter of Huawei’s needs 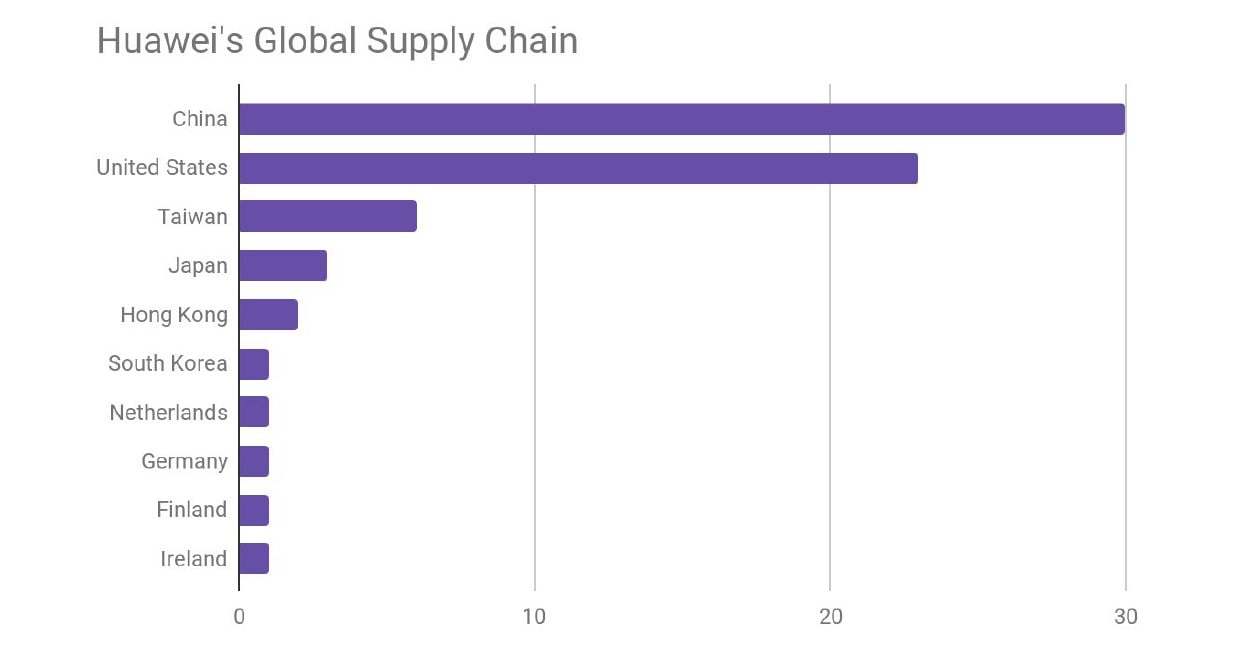 Here are the US suppliers who will be most affected 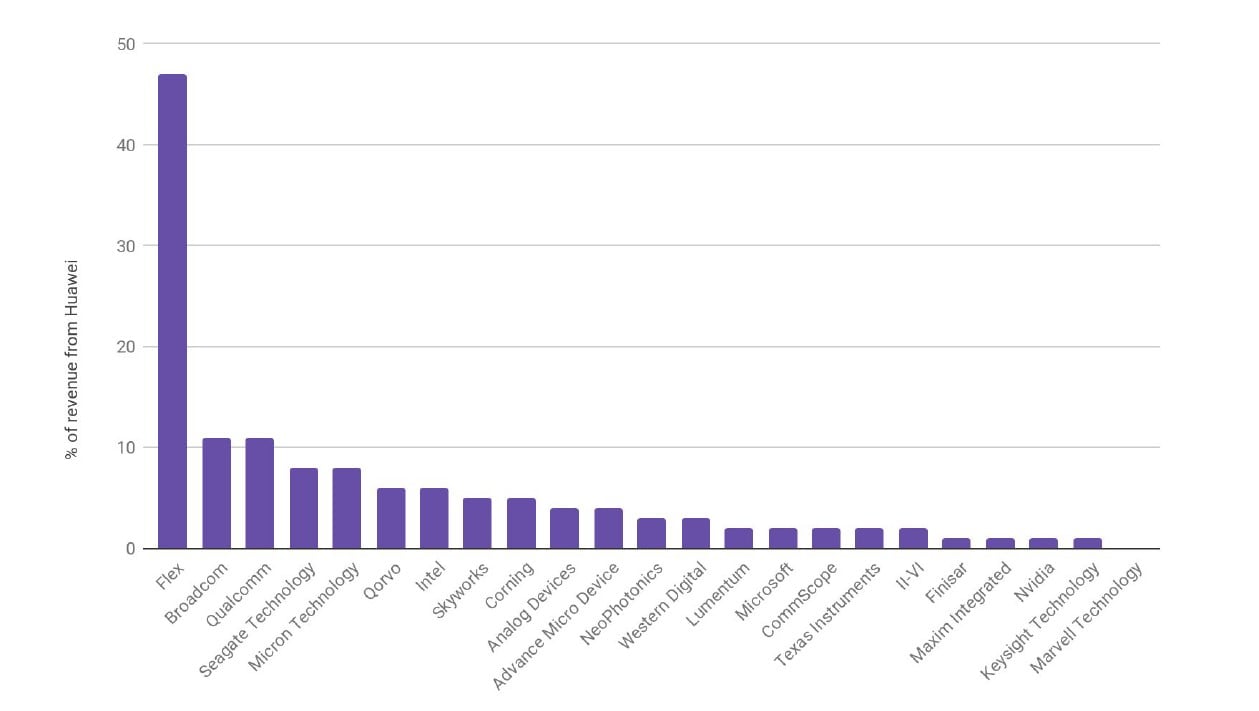 These suppliers could lose more than $1.75 billion in revenue

One of the consequences of the ban is that Huawei might be forced to leave the Android ecosystem. How devastating is this?

Here’s how OS market share has evolved over the years 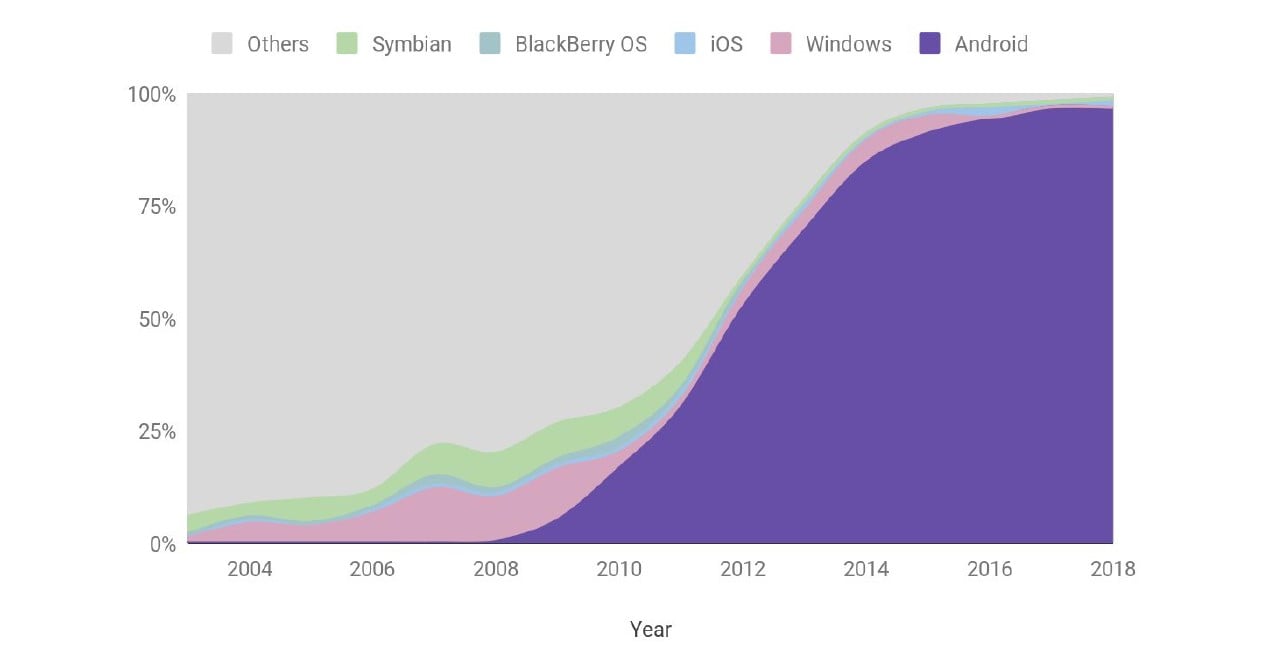 This is typical of the ”Network Effect” at play.

In the initial period when the number of users is low, the product/network doesn’t offer much value.

But, the value of the product increases exponentially as the user base multiplies, even though costs increase only linearly. As the number of users reaches a critical mass, the value from the network far surpasses the potential cost of adding new users.

As value derived from the network reaches a critical point, it creates barrier of entry for other networks -- few networks survive and oligopolies are formed. 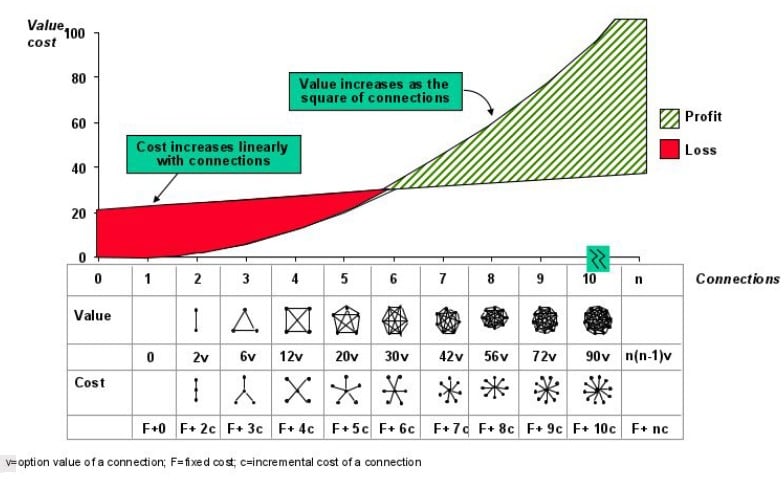 In the case of operating systems, Windows fell away early because it couldn’t reach critical mass. And the industry is now dominated by Android/iOS.

It will be very difficult for Huawei to succeed at introducing new operating system because of this barrier of entry.

If it does use its branding and distribution to find a way through though, it could pose a credible threat to the incumbent OSs. 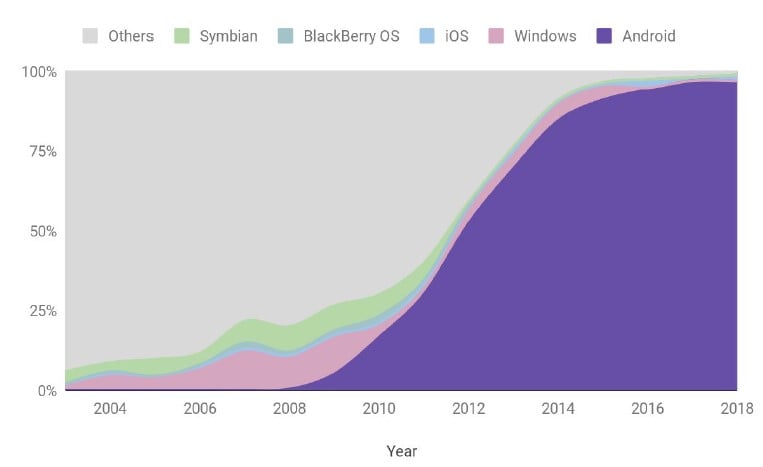 Why do IP licenses matter?

IP licenses account for 5% of the sale price of device -- this money accrues towards the revenue of major patent holders, such as Google and Apple.

And unlike the case of suppliers, Huawei cannot even look to source these patents from non-American competitors.

So how much at risk is Huawei?

Firms from the USA holds 60 % of all patents in USPTO 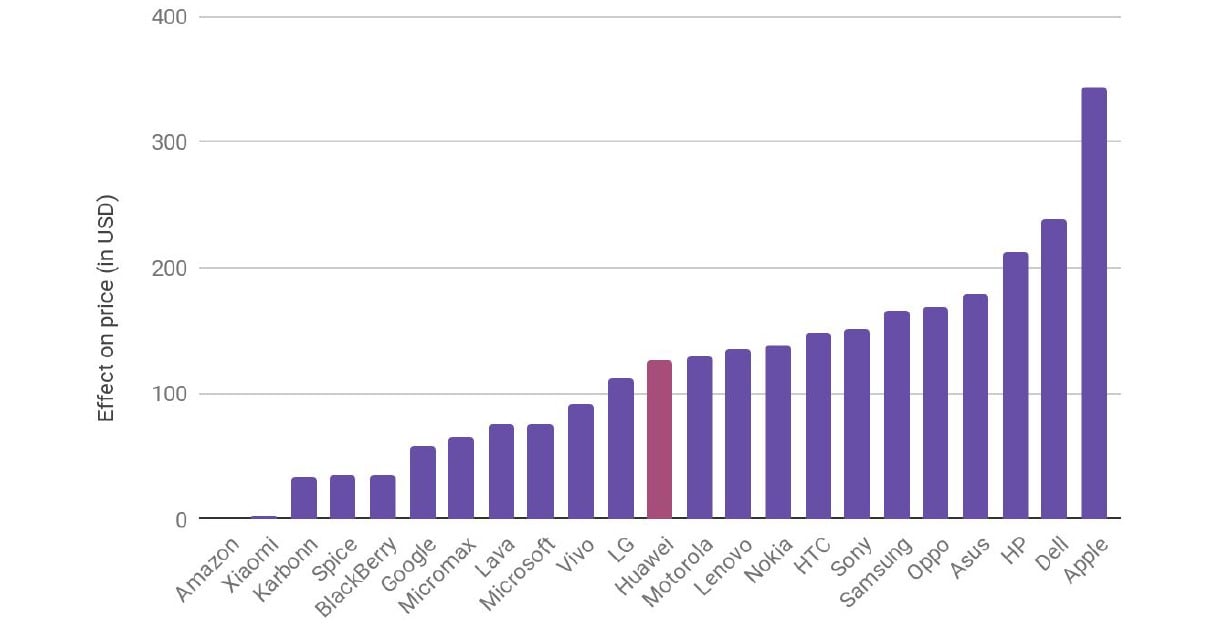 We used a Gradient Boosting model to isolate the value of each of the top mobile phone brands, by comparing phone prices against phone characteristics and specifications.

Motorola stock has risen ~26% over past 6 months