Today, Tuesday, June 18, BuildFax will release its May BuildFax Housing Health Report , which lends insight into single family housing authorizations and maintenance activity in the U.S. It gives background to the overall health of the economy and market risks through a housing market lens. 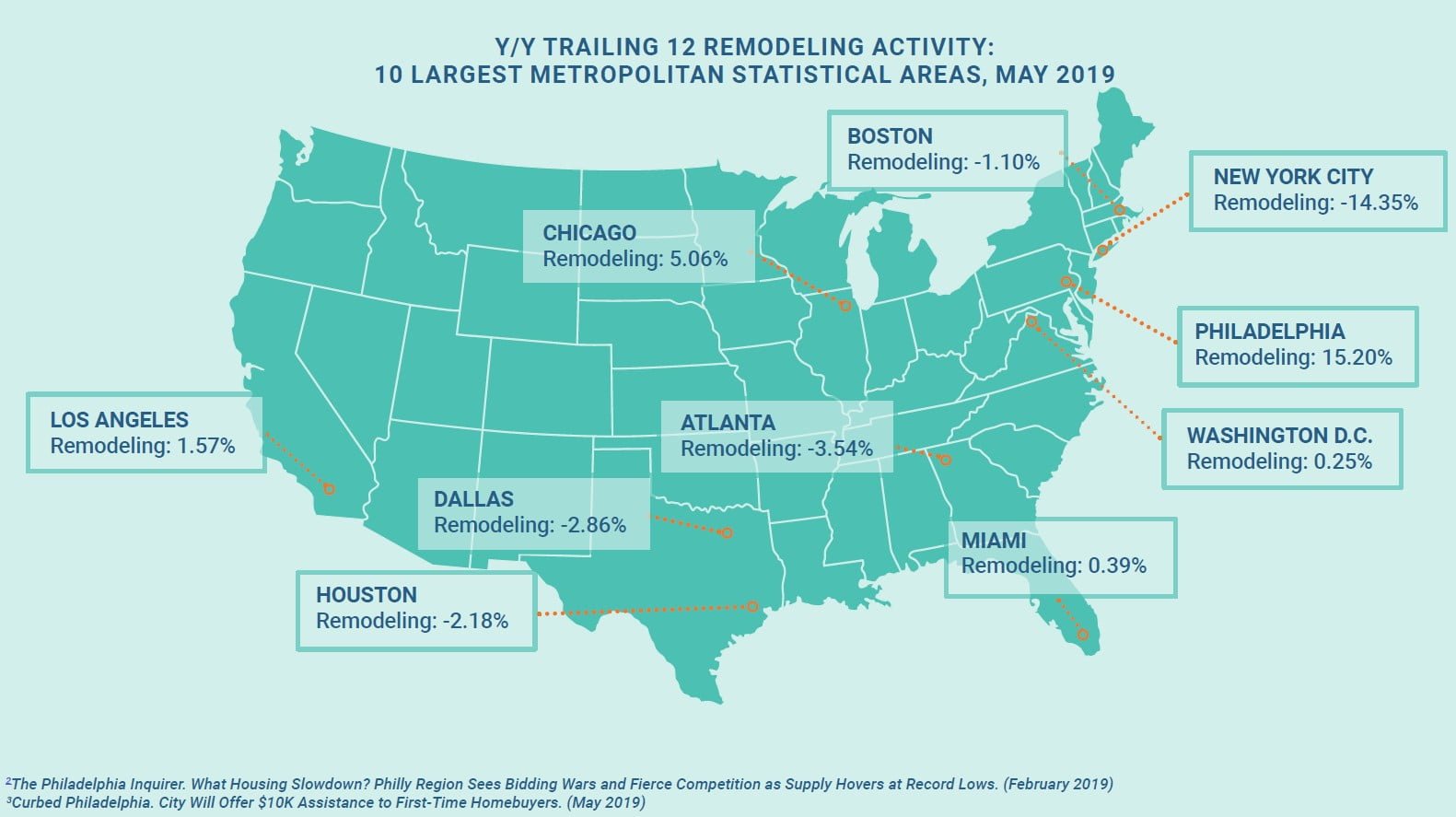 “The combination of declining mortgage rates, moderating home prices and peak home-buying season should help to buoy the housing market, but so far this hasn’t happened,” said BuildFax COO Jonathan Kanarek. “Continued declines in year over year maintenance and single-family housing authorizations further reinforce the ongoing housing slowdown. As we near six months of declining activity, the question remains, how long will this slump persist?”

“After several years of above-average growth, the residential remodeling market may be reaching a turning point. Nationwide slowdowns in house price gains, home sales activity, and building material sales are lowering our expectations for further increases in home improvement and repair spending in 2019,” said Abbe Will, Remodeling Futures Associate Project Director at the Harvard Joint Center For Housing Studies. “However, metro housing markets that have yet to fully recover from the 2009 economic downturn provide untapped potential for further growth, despite the broader deceleration we’re seeing nationally.”

BuildFax, headquartered in Austin, Texas, is trusted by the largest insurance and financial institutions in the world to deliver business-critical property condition and history data. With the only database of its kind encompassing more than 23 billion data points on commercial and residential structures, BuildFax delivers detailed data on remodeling, solar installations, new construction, roof age, major systems, maintenance history and more. To learn more about BuildFax, visit www.buildfax.com.

METHODOLOGY: BuildFax conducted this study by examining properties in the U.S. between the years 2013 and 2019. Data only includes properties located within permitting authorities with 100% coverage during the above time frame. All percentage increase and decrease statistics leverage the same data set across time. Due to historical revisions made by permitting authorities, the data is subject to change. Estimates are as of June 8, 2019.