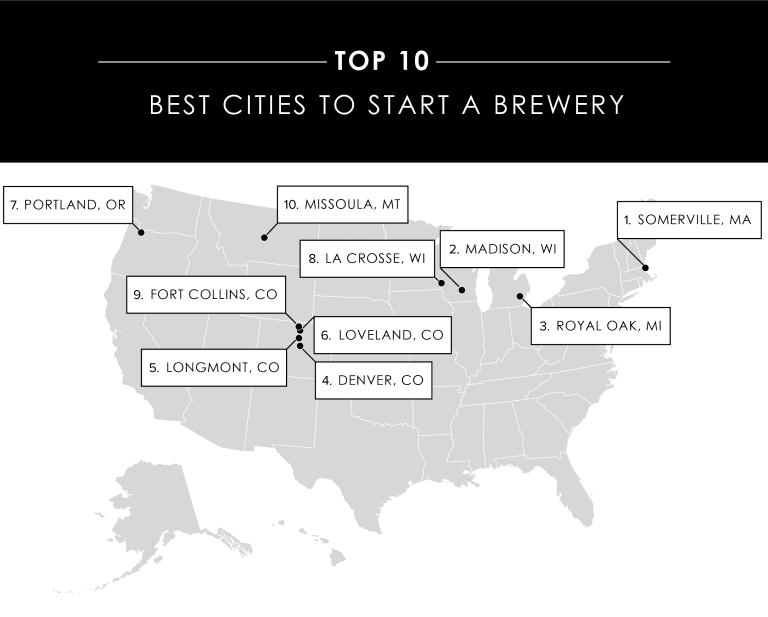 Since 2007, the number of craft breweries in the United States has increased by more than 350 percent. The rise of craft beer’s popularity stems from a number of factors, including, a burgeoning craft beer culture, rise in distributors, and an overall wave of interest across the country.

Considering these stats, researchers at Bid-on-Equipment wanted to find out which communities in America have the best environment to open a craft brewery. The study looked at six key factors reflecting each city’s business environment to evaluate which ones are ripe for brewing. Those factors include: percentage of the population at or above the legal drinking age, the state’s tax per barrel of beer brewed, the number of breweries per capita, the annual brewery license fee charged in each state, the city’s median income, and whether breweries have the right to self-distribute.