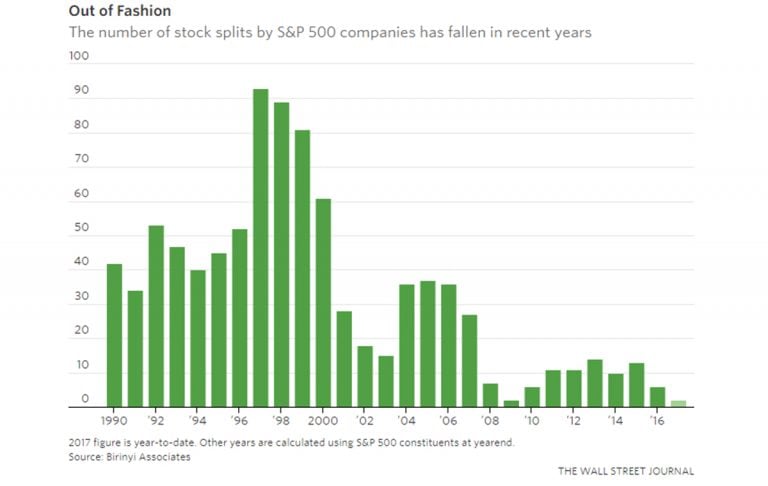 Many are wondering why the market for Initial Public Offerings (IPOs) has performed so poorly, even though the flood of hot new ones came to market recently. It took three years to choke demand for money-losing dot-com IPO companies back in 1997, even though Federal Reserve Chairman Alan Greenspan called the mania for tech stocks in late 1996 an “irrational exuberance.” What has killed the goose which traditionally laid the golden eggs on Wall Street?

First, let’s give everyone a little background. My story started in 1980 at Drexel Burnham. Thanks to Michael Milken’s invention called the junk (aka high yield) bond market, Drexel began to dominate investment banking among small to mid-sized companies in the 1980s. When the IPO market got hot in 1983, Drexel was there to milk that cow for everything it was worth. Our syndicate manager became the most popular person in the office as he doled out shares of companies like Circus Circus, which jumped in price the first day. This was true for nearly every Wall Street firm which took companies public.

At that time, participation in common stocks was mostly done directly. A well-meaning stockbroker connected you up with ownership in some of America's finest companies and even the mutual fund industry hadn’t yet exploded to the forefront of equity participation. Merrill Lynch was invented by Charlie Merrill originally to make that connection. The other big wire-house firms soon followed.

Also, overall equity ownership in households was historically low in the early 1980s, as interest rates in the low-to-mid teens drew most of investor savings. Even the people buying blue-chip stocks were considered very aggressive, because of the double-digit return they had to pass up in riskless Treasury Bond, certificates of deposit (CDs) and money-market fund instruments. Indexing was in its very early stages and hadn’t even moved the needle. Jack Bogle was just getting index investing started at Vanguard in the mid-1970s.

Therefore, even though equity participation was low, almost all of it was done by direct ownership of individual names. When the market for new companies got hot, Wall Street was set up with a willing audience of institutional and individual investors who bought stocks one at a time.

Fast forward to today. Equity participation is much higher, but almost completely disconnected from the individual companies. Indexing provided by funds and ETFs like Vanguard have well over 50% of U.S. large-cap stock ownership, while sector funds/ETFs and growth stock funds and ETFs own a very large part of the rest. Even value-oriented stock-picking organizations feel the pressure to mimic the indexes by piling into its largest tech favorites. It is called job security and they feel they must do this to survive. Investors don’t own much in individual shares and Wall Street doesn’t cater to institutions or individuals who buy their own stocks.

The easiest way for us to track this is to look at stock splits:1 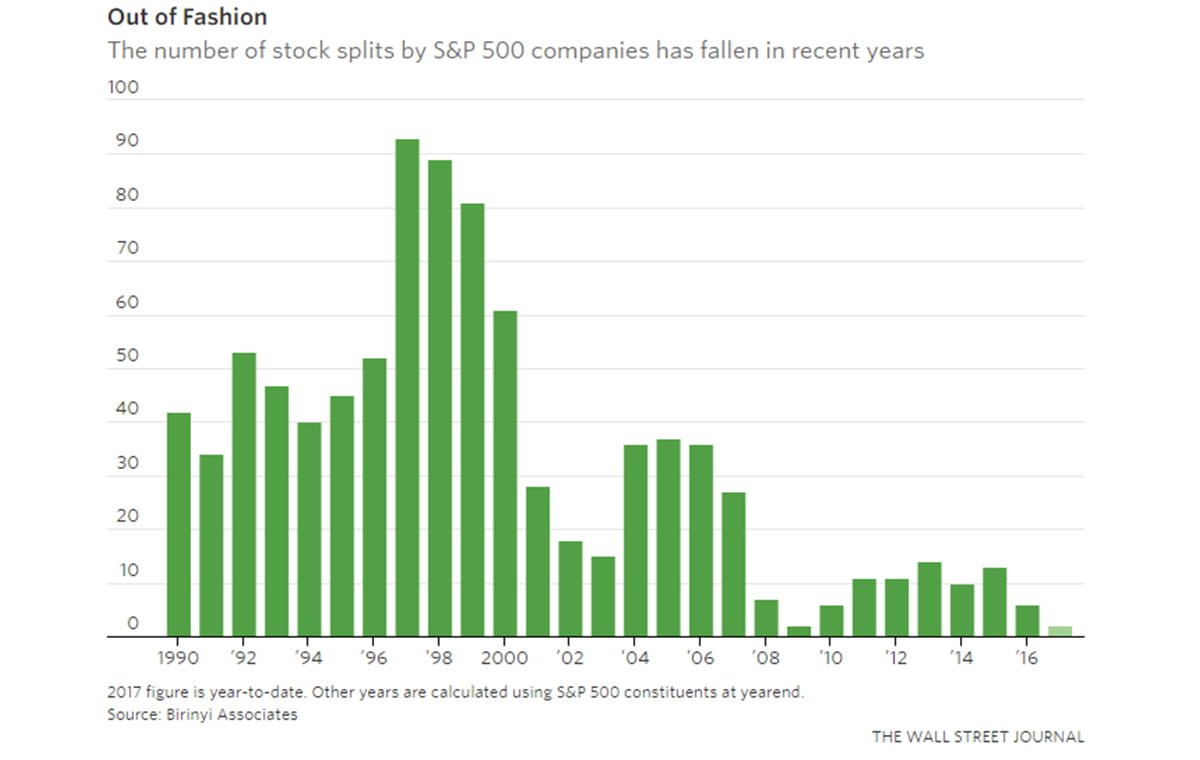 Over the last twenty years, stock splits have practically disappeared among S&P 500 Index companies. High dollar share prices are easier to handle for Vanguard, BlackRock and State Street as they provide their agnostic and communal investments to a disengaged set of investors. Commissions on institutional trades are lower because they are calculated on a per share basis.

The irony of indexing is that the rich get richer. The bigger you get, the bigger you get in the index. The more popular the index gets the more money which pours into the already popular stocks. Unfortunately, this virtuous circle will become a negative feedback loop in the next bear market. The historical precursor of which has been the golden goose of excitement around newly-public merchandise.

For better or for worse, individuals think that a $30 stock is more likely to double in price than a $300 stock. Notice how the recent IPOs of Zoom, Beyond Meat and Uber/Lyft were in the $20-$40 per share range. Since there is very little individual stock buying, why should the most popular stocks split their shares. On top of that, thanks to Warren Buffett’s success with Berkshire Hathaway A shares priced in six digits, glam tech stocks revel in their $200 to $2,000 per share price. Try putting those in your children’s custodial accounts.

Which brings us to today as we quickly get to the crazy stage of money-losing IPOs and disruptive futuristic fantasy companies. The only major group with money and buying interest are the growth funds/ETFs which own the existing tech favorites. They appear to be choking on this new supply of companies as they shuffle the deck chairs around. If history is any guide, this occurs late in the tech bull market and the growth/momentum trade which has so richly rewarded them is probably very long in the tooth.

Wall Street might begin to regret crawling into Vanguard’s bed with the index/ETF crowd, because the IPO goose normally laid eggs for many months before over-supplying the market with highly-priced and newly-minted securities. However, we are still glad to be in this flood of crazy stage IPOs, because it means that the growth trade is getting close to dying like it did in other IPO binges such as in the late 1960s, 1983 and 1999.

We’d like to think that the goose which lays our golden eggs could step to the forefront when stock picking works its way back into favor. Our eight criteria for common stock selection, our willingness to practice low turnover and the fact that we have held our own in this value-unfriendly stock-picking environment could put us on a favorable door step.