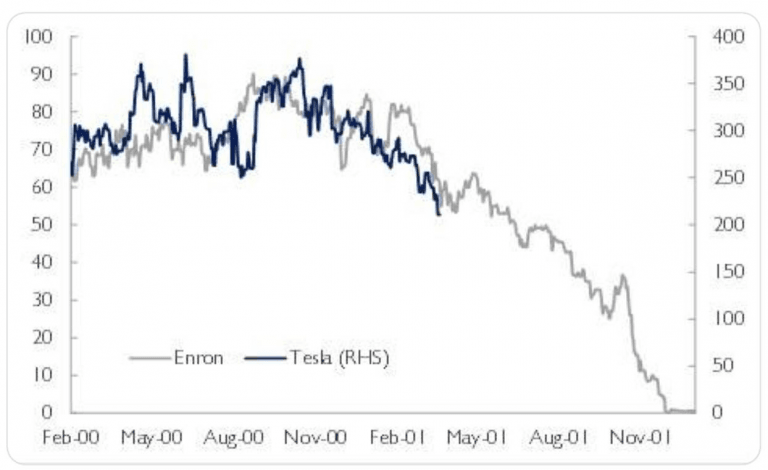 Whitney Tilson’s email discussing the smartest guys in the room eerily describes Tesla Inc (NASDAQ:TSLA) and a chart on Tesla vs. Enron.

The Smartest Guys in the Room eerily describes Tesla

Here are a few (this isn’t even the entire list!):

The first post at the end captures beautifully the mistake Tesla bulls are making, confusing their concern about humanity with their investment in the stock (a really dangerous rookie mistake):

The difference is, Tesla is really doing a service to humanity with their products. And people love their products. Many people support Tesla because they want to support a company that can positively change the world for the better. I am one of them, I only own 7 shares, but I will hold it as long as I can because I believe in the impact they can and will have on the world. Musk puts his personal money where his mouth is and is risking his personal fortune because he believes in the cause. It's not just about the money, this is why he has my support. I wish more people would stand behind this company. It really is a good company with a good cause. 0 cars produced in 2011, 500,000 will be produced this year, a Nationwide charging network, a product people love that is good for the environment compared to other options, and a leader seeking to do good. Why wouldn't you support them?

Follow up on Saturday’s email (above), check out this chart: 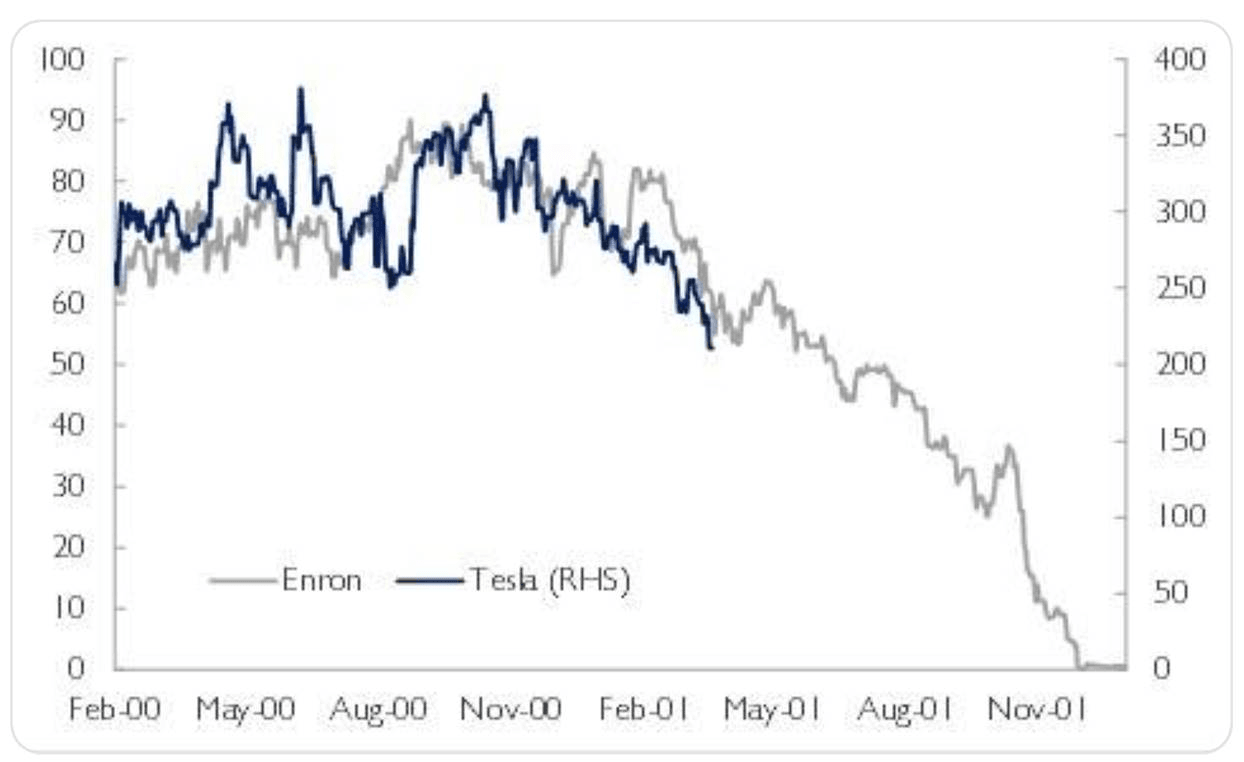