Hudbay Minerals reached a settlement agreement with Waterton Global Resource Management last week, days before the company’s shareholder meeting. As a result, the sides agreed to advance a combined 11-person slate, which includes three nominees advanced by the activist. Daniel Muniz Quintanilla and David Smith, both of whom were backed by Glass Lewis and Institutional Shareholder Services, will join the board along with Peter Kukielski, Waterton’s proposed CEO who was not endorsed by any of the proxy advisers.

The sides also agreed to initiate the search for a new chairman, with Alan Hibben agreeing to head the board until a successor is identified. Hibben will serve as a director until 2020.

Waterton, which is the company's largest shareholder with 12% of the shares, has been pushing for changes since October 2018.

After accusing Kellogg Company of concealing channel stuffing activity by selling and securitizing accounts to boost its cash flow from operations in April 2018, Prescience returned to the firm in November 2018 to claim that its initial predictions were correct. The short seller noted that Kellogg had slashed its fiscal year 2018 adjusted EBIT margin and earnings growth guidance following the short seller’s predictions. In March this year, Prescience claimed Kellogg will have to cut its dividend and miss its full-year 2019 guidance. The short seller also claimed that the company is struggling for cash, adding that the risk of a dividend cut or credit downgrade is increasing. In April, Kellogg Company agreed to sell Keebler cookies and its related businesses to Nutella-maker Ferrero for $1.3 billion.

The number of U.S.-based companies to have been publicly subjected to business strategy-related activist demands between January 01 and May 03 in respective years. 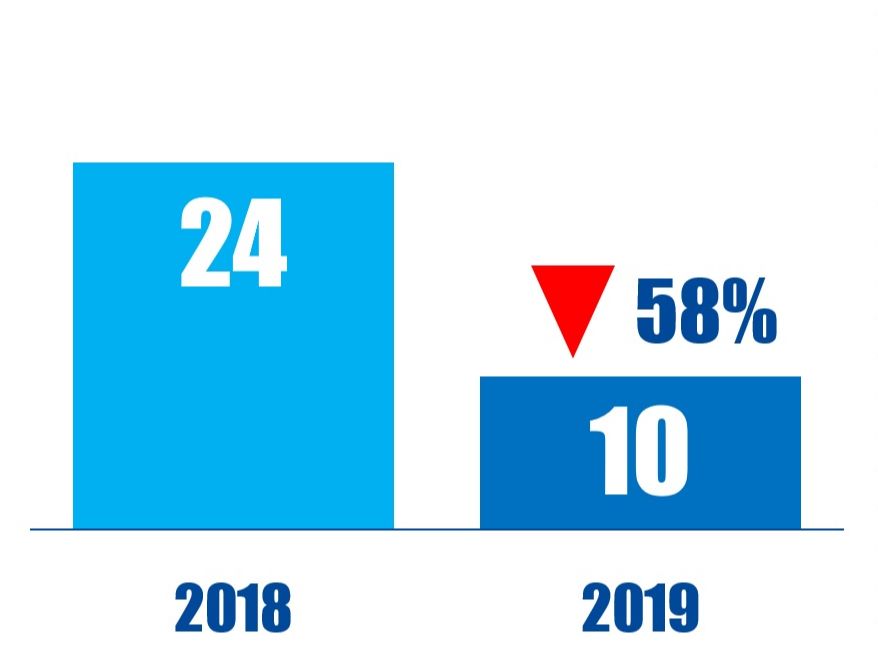