Toby and Derek Rice reduced their slate of directors for EQT’s board to seven after the company added three new members to its board. The dissidents said they were particularly pleased with new company nominees Janet Carrig, a former executive at ConocoPhillips, and James McManus, the CEO of Energen until its sale to Diamondback Energy. The company also announced the addition of Valerie Mitchell, a founding member of Corterra Energy.

Mark Leland, former CEO of Deltic Timber, and Jay Graham, current CEO of Spur Energy Partners, withdrew from the dissident slate, but the activists are still seeking a majority of the board. The brothers said their turnaround plan for the company may hinge on gaining control of the board and appointing Toby as CEO. EQT says it should not be turned into a family business.

Both sides will be using a universal proxy card, which allows shareholders to choose candidates from both slates without attending the July 10 annual meeting.

J Capital Research and Spruce Point Capital Partners both disclosed short positions in A. O. Smith Corp (NYSE:AOS) last week, claiming the firm’s China business is riddled with misleading and inaccurate financial reporting. In a 66-page negative report, J Capital alleged that AOS is inflating its growth margins for its China business and claimed that the company does not actually have access to the $539 million that it reportedly has in China. Other red flags reported by J Capital include accounting anomalies, a sham acquisition, and poor corporate governance.

Spruce Point applauded J Capital’s research, noting that most of the short seller's successful short positions "have an international component that U.S. investors are failing to understand." Spruce Point said it always had concerns about AOS’ gross margins.

AOS, however, has denied the allegations and accused J Capital of making "inaccurate, unfounded, and misleading allegations" against the firm in an effort to negatively impact its share price for the short seller’s benefit.

The number of Japan-based companies to have been publicly subjected to activist demands in the 12 months ending May 17 in respective years. 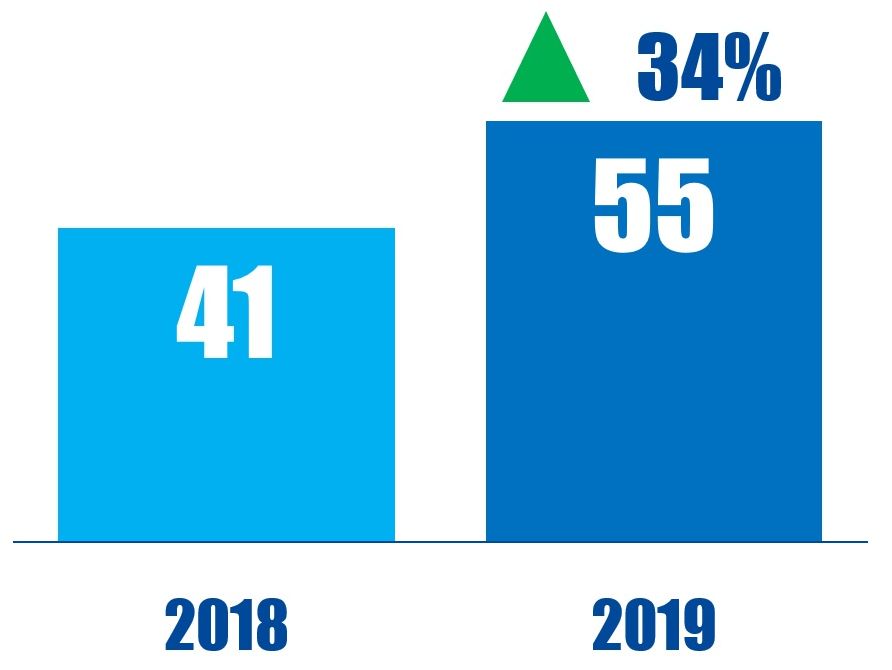