S&P CoreLogic Case-Shiller issued the National Home Price Index for March 2019 just a few moments ago. The report showed that while the continued cooling of the U.S. housing market has now broadened outside the Pacific markets, all signs point to a more favorable rate environment emerging over the next few months.

When asked what today’s release means for the housing market, Dr. Ralph B. McLaughlin, deputy chief economist and executive of research and insights for CoreLogic said, “The U.S. housing market moderation has now lasted a year, driven by considerable slowing in the nation’s most expensive markets. While the slowdown is most pronounced in these areas, all of the 20-city markets are slowing, suggesting the cooldown has broken from its confines in the West. However, with the 10-year treasury falling, we can expect mortgage rates to continue to decline this spring. This should help to take the cold edge off what has otherwise been a market slow to thaw from the winter months.”

According to the latest S&P CoreLogic Case-Shiller National Home Price Index, home prices in the United States grew by 3.7% in March. This is the 12th consecutive month of slowing home-price growth, which is now at its lowest level of growth since September 2012. 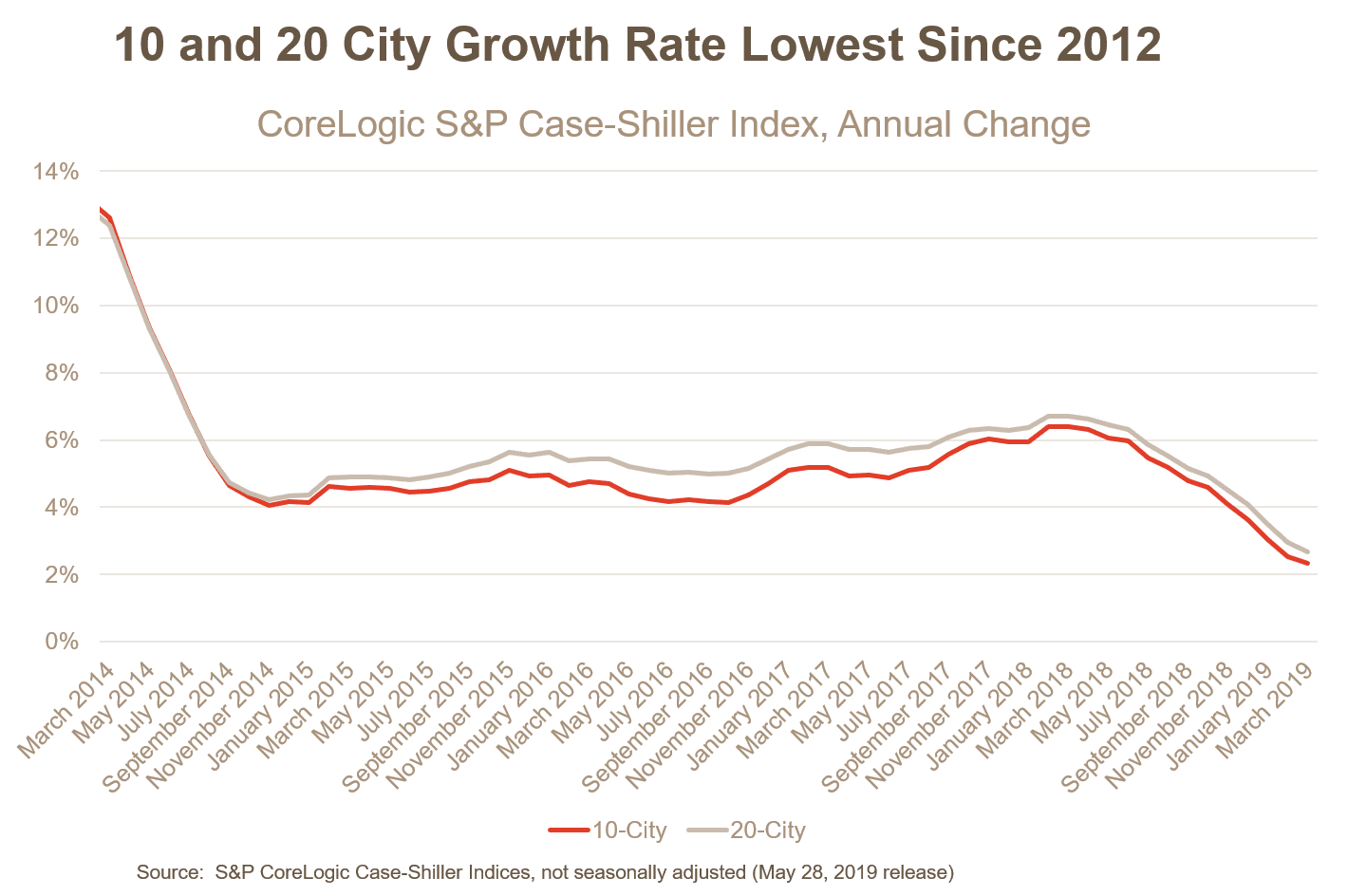 Las Vegas (8.2%), Phoenix (6.1%) and Tampa (5.3%) accounted for the highest year-over-year price increases, while metros with the largest slowdown from the previous year continue to be along the Pacific: Seattle (11.4% point drop), San Francisco (9.9% point drop) and Los Angeles (6.7% point drop). 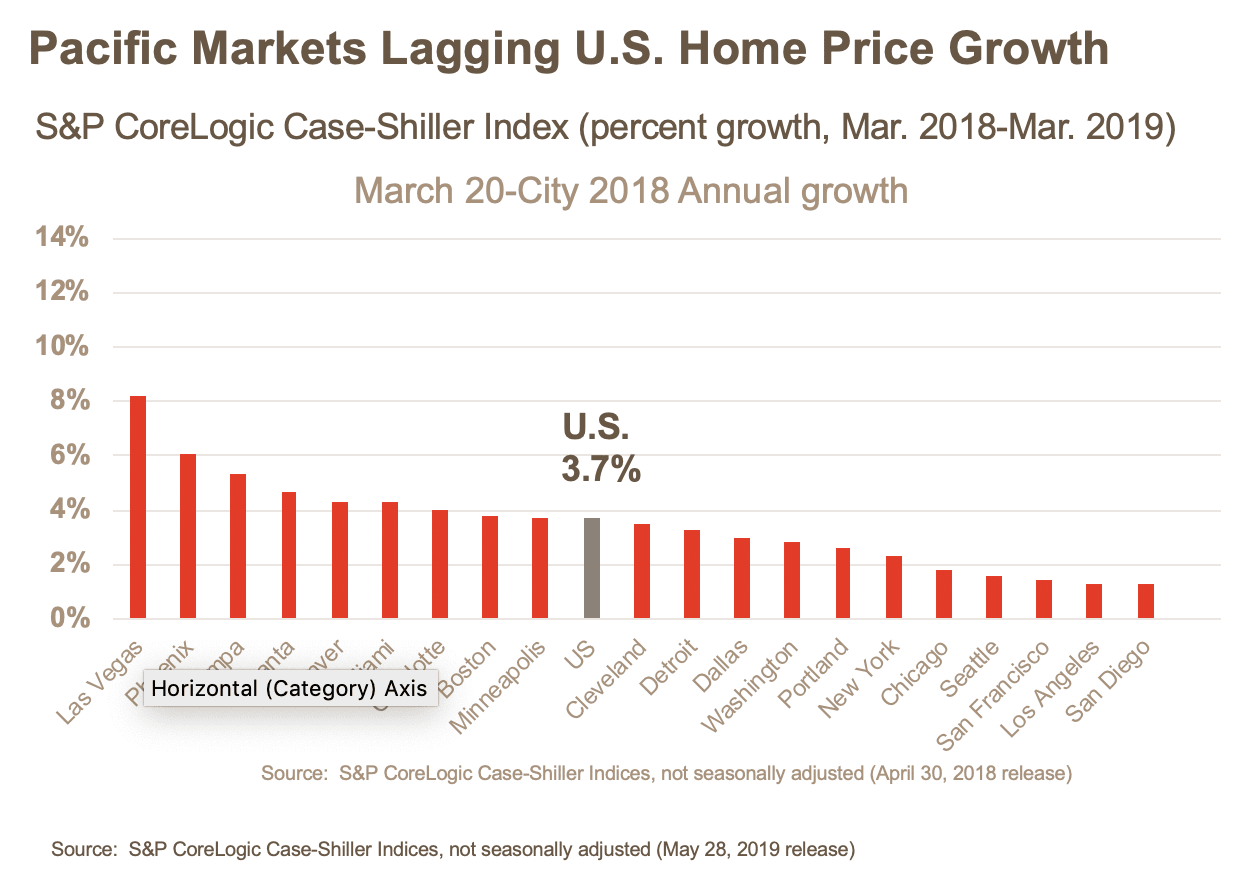 While the continued cooling of the U.S. housing market has now broadened outside of the sharply cooling Pacific markets, we do expect a more favorable rate environment to emerge over the next few months. This is likely due to political and trade uncertainties pushing demand for the 10-year treasury up and thus mortgage rates down. Presumably, this should help to elongate the spring home buying season into the summer, as younger homebuyers seek to take advantage of these favorable rates. We also expect the slowdown to moderate or even reverse course in the second half of the year. The change in course could be due to an economy that continues to defy expectations and a demographic structure that supports strong household growth. 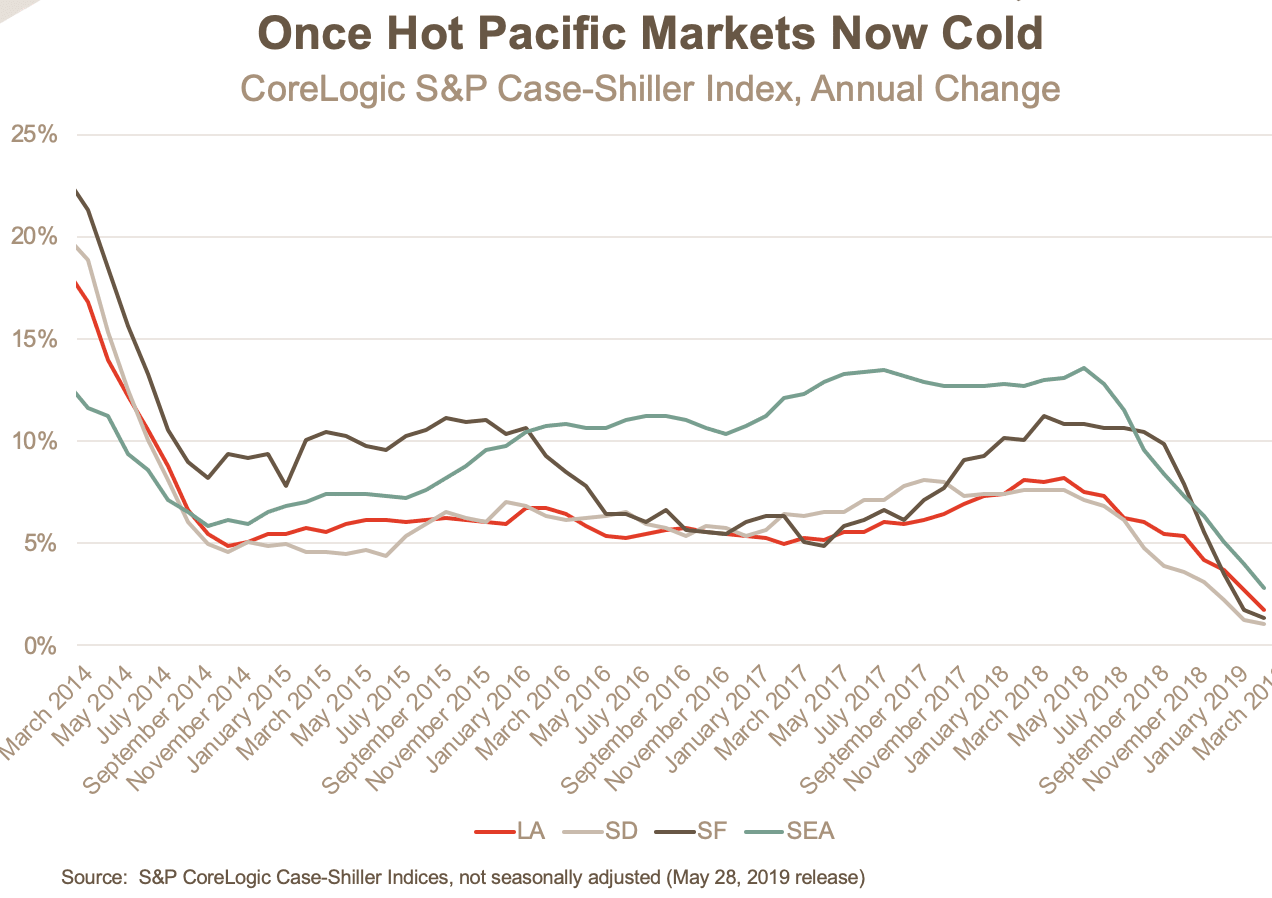