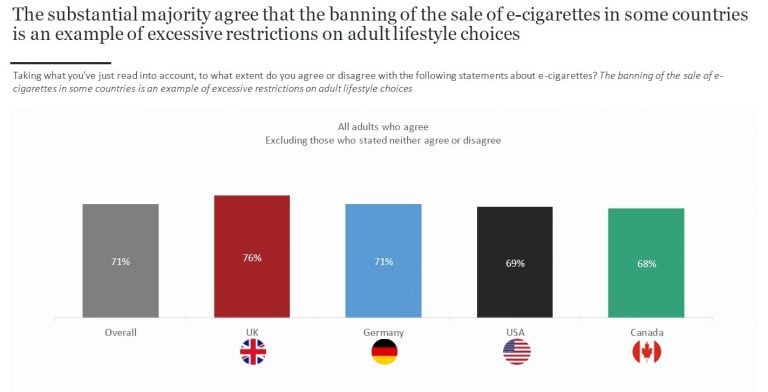 POLL: US consumers want government to keep hands off the tech sector and embrace vaping

In March 2019, a total of 8,166 adults in the United Kingdom, the United States, Canada, and Germany were asked about their views on government policies and consumer rights. 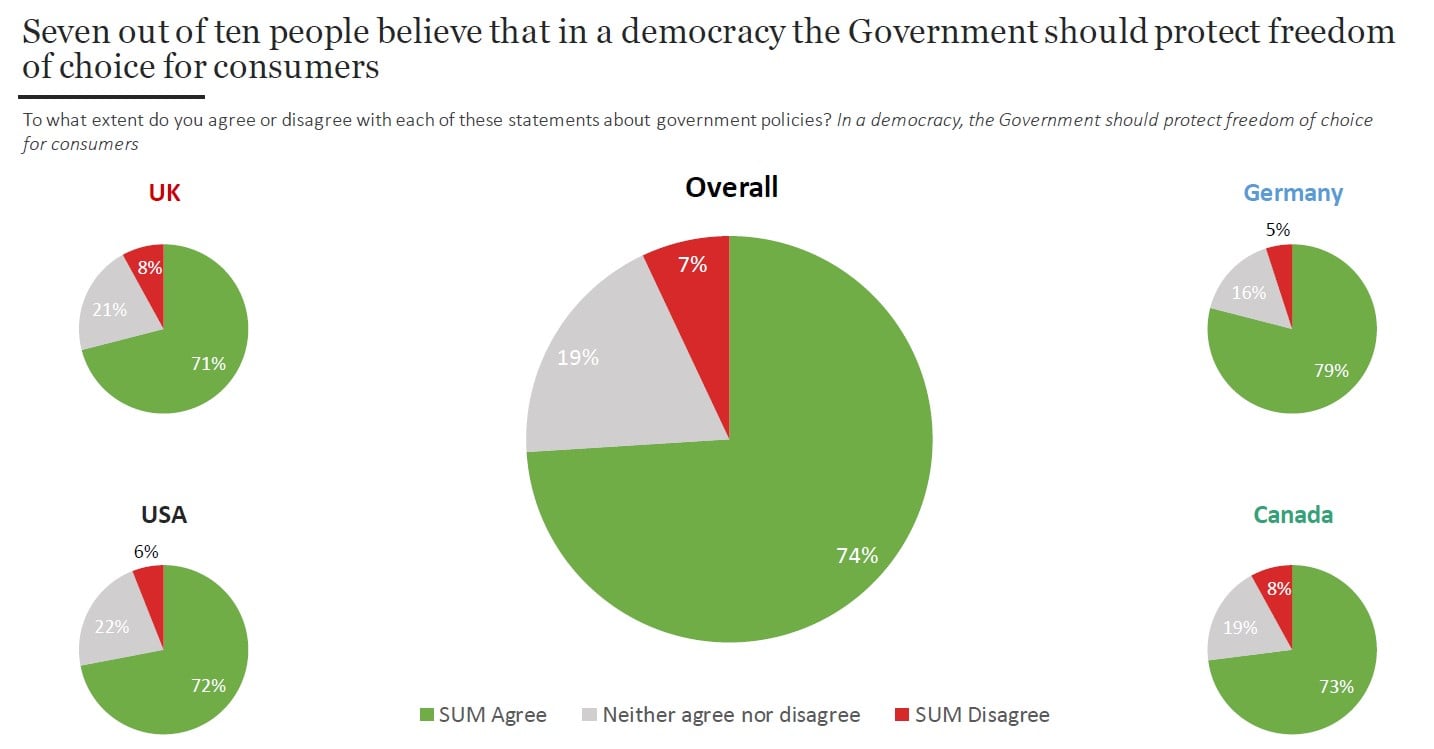 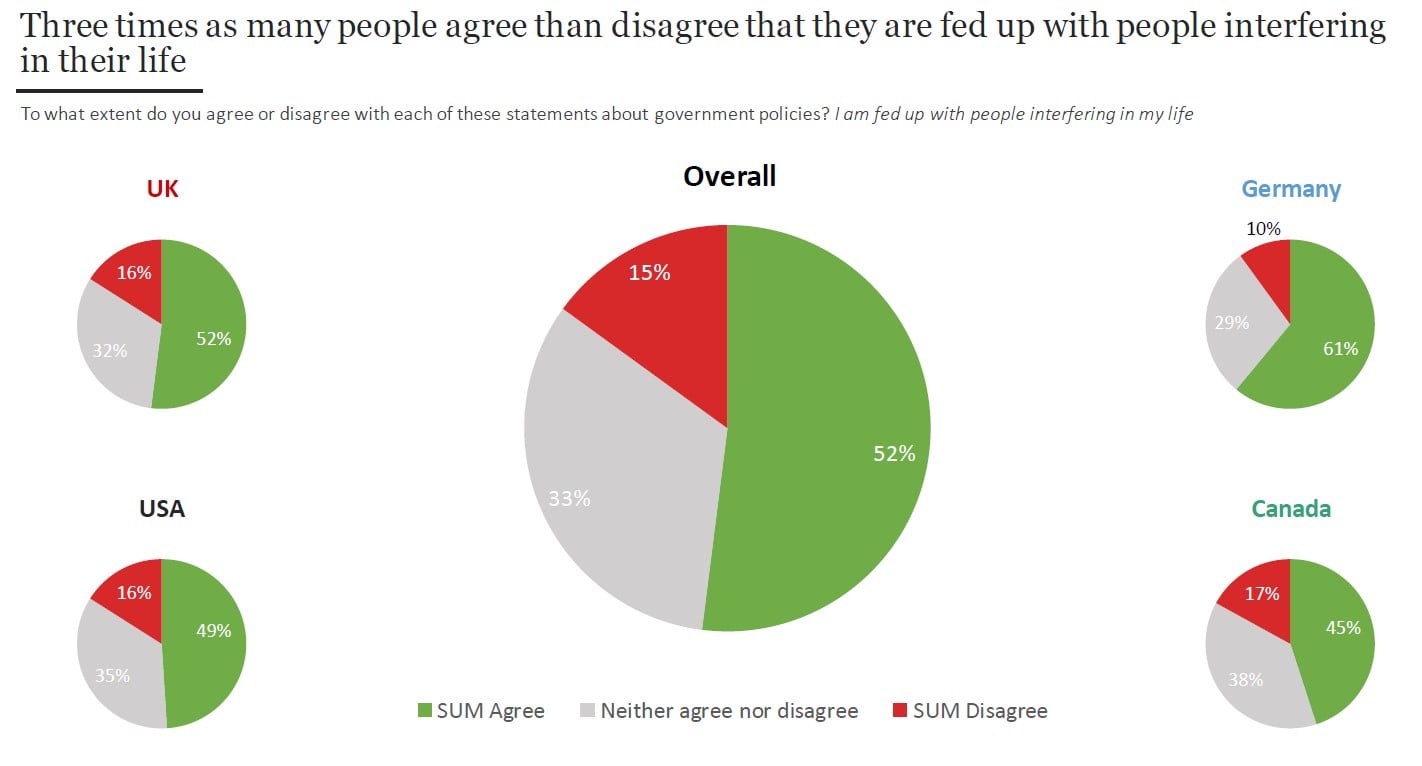 Commenting on the findings featured below, Yael Ossowski, Deputy Director at the Consumer Choice Center, said it was refreshing to see that American consumers are well aware of their freedom to choose, and of the benefits that follow from it. 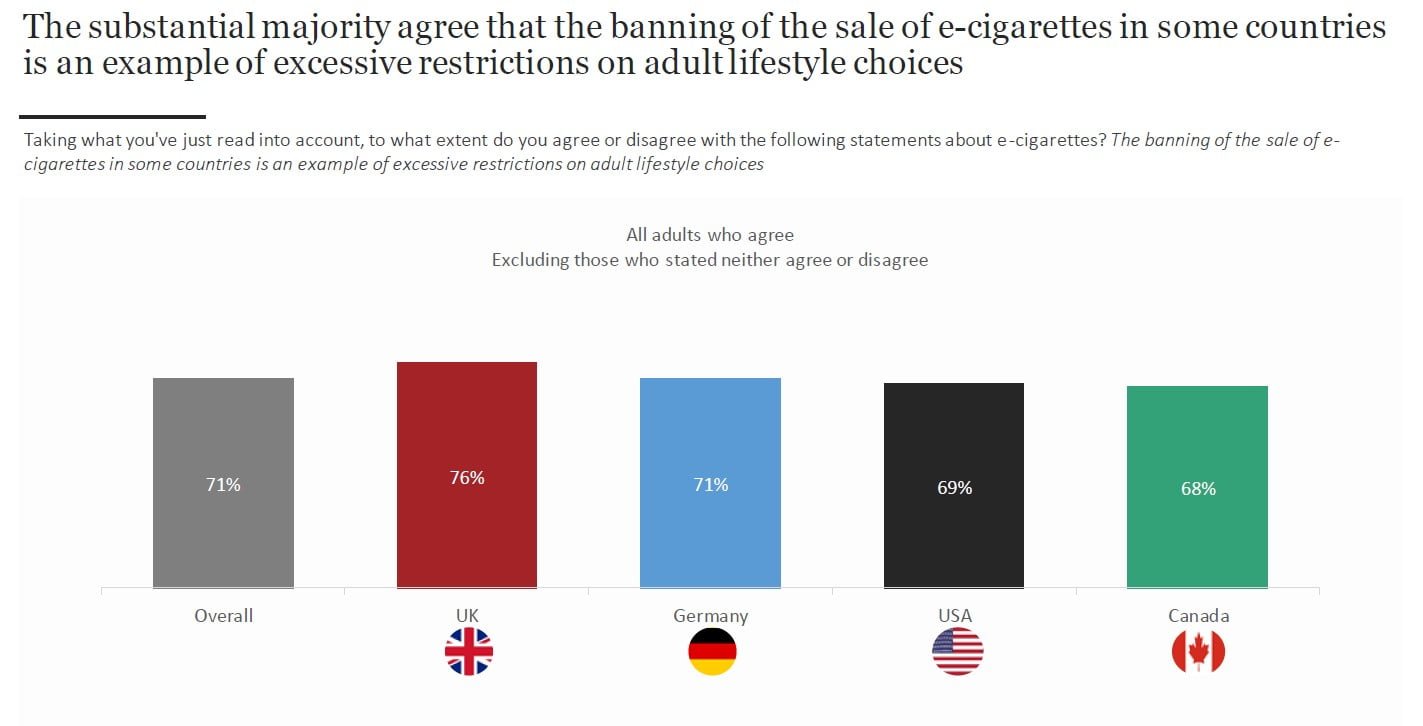 “While the mantra on Capitol Hill is to further regulate and intervene in the tech sector, consumers are overwhelmingly in favor of innovation and don’t want additional regulation,” said Ossowski.

“In regard to e-cigarettes, it is clear that American consumers rejoice in their freedom to use vaping products to help them stop smoking. However, there’s still room for improvement. The FDA’s reluctance to embrace vaping technologies as a way to reduce harm is leaving millions of consumers behind. US consumers favor harm reduction, and this freedom should be embraced.

“We want to use the findings of this poll to prove that consumers are loud, proud, impactful, and should have their point of view heard. Consumers, contrary to voters, have to make choices every day, and those have an immediate tangible impact on each individual’s life. Policymakers simply can’t afford to be ignorant of consumer choice,” concluded Ossowski.

The CCC represents consumers in over 100 countries across the globe. We closely monitor regulatory trends in Ottawa, Washington, Brussels, Geneva and other hotspots of regulation and inform and activate consumers to fight for #ConsumerChoice. Learn more at consumerchoicecenter.org.