ValueWalk
Home Business Guides Business Hubs By State: Can You Guess The Top 5?

The ‘Fortune 500’ profiles the top global companies around the world – not only are the companies always very high in revenue but they also employ lots of people. Last year the world’s 500 largest companies generated $30 trillion in revenues, and employed 67.7 million people worldwide, being represented by 33 countries.

RS Components have analysed the Fortune 500 list and pulled out the top 20 US states that are home to the highest number of headquarters and that are making the most revenue.

Coming in first place is, of course, the big apple; New York City. New York is home to 58 headquarters and has yearly revenue of $1.4 billion.

Goldman Sachs, American Express and CBS are all based in New York and have a collective revenue of nearly $1 billion ($92,547 million). That’s roughly 1,600 (1,637) times the average US national income. New York is not only a business hub, but it is a global hub and is home to some of the Financial Centres of the World.

Closely following New York is Texas, with 50 headquarters based there – Texas businesses also pull in $1.4 billion worth of revenue. Big businesses such as Kimberly-Clark, Dr Pepper and Vistra Energy – there are lots of companies that sit within the energy sector, too.

California comes in third place with 49 headquarters in the state – although it ranks third place, the yearly revenue is more than both New York and Texas, with $1.5 billion in revenue.

Businesses often set up in cities that are easily commutable and have great surroundings such as living space and green space – this is because employees need to be able to get to and from work efficiently. There is much more to a state or city for qualifying as a business hub than the business itself, for example, development in the area with lots of investment going into the cities, as well as networking facilities for professionals to meet up and discuss industry ongoings. If a city or state has the possibility to put businesses in contact with other valuable businesses, then it is working toward the future and appearing as a ‘hub’.

With every success, there will be a downfall. Business hubs can often be very busy, hectic and noisy which make difficult for phone calls and getting to meetings on time. Office space can often be limited too if cities haven’t planned for growth – however, we often find businesses setting up HQ’s on the outskirts of cities to help manage this growth.

One thing that business hubs work well for is start-ups. This is because they can easily hire offices, get online and get to their office on public transport. The difficulty comes when scaling-up and finding new bigger offices to facilitate business growth.

Take a look at the full piece here  by RS Components. 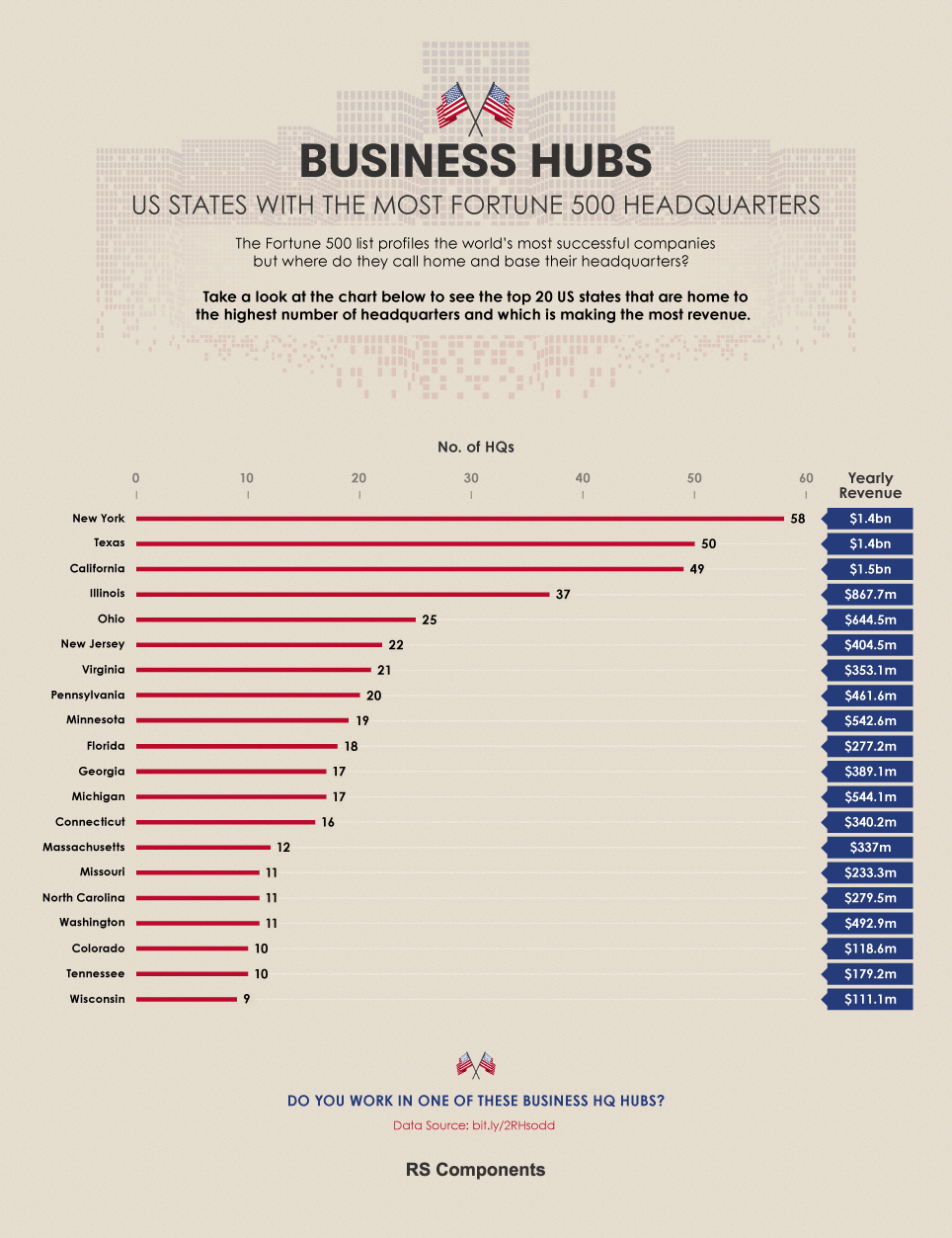