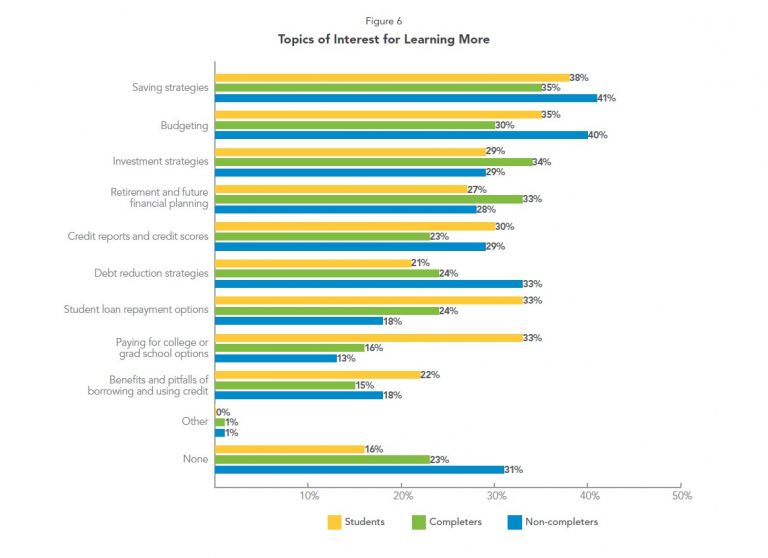 Majoring in Money: How college graduates and other young adults manage their finances.

Young adults are optimistic about money management, and college graduates are the most confident in the way they’re doing it.

Financial education begins at home, with parents acting as a major source of influence, but young adults are exposed to a variety of resources to help continue their learning.

College students are confident in their skills, and they’re eager to learn more.

Across the board, young adults express a desire for more financial literacy, though the topics they’re most interested in vary from group-to-group.

Young adults aren’t shying away from credit cards, and the majority have obtained one to establish credit.

College graduates are the most likely to see credit cards as a tool for continued financial success, and they’re using them responsibly.

Those who have a credit card, whether they’re college students, non-completers, or college graduates, tend to have greater awareness of the benefits of credit and be more knowledgeable about money and credit than those without credit cards.

Earning credit card rewards is a motivator for young adults, and rewards that could be redeemed through automatic repayment on loans is a desirable feature.

Young adults rely most heavily on mobile payments and debit cards for their day-to-day spending.