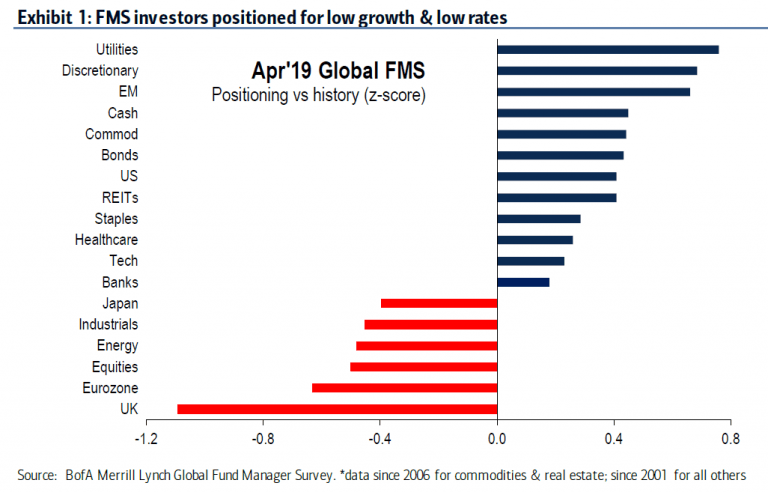 The markets have been pricing in few to no rate hikes for quite some time, and it looks like hedge fund managers don’t expect this to change any time soon. Managers have generally positioned themselves for a low-rate macroenvironment with low growth, although they don’t expect a recession until at least late next year, if not much later than that.

Bank of America Merrill Lynch analysts released their latest Global Fund Manager Survey this week. Chief Investment Strategist Michael Hartnett and team said fund managers are positioned for “secular stagnation,” meaning they’re long assets that do well when growth and rates are down, such as cash, emerging markets and utilities. Fund managers are also short assets which thrive in higher interest rates and higher growth, such as equities, banks and the Eurozone.

Investors did add a "bit" of cyclical risk this month, Hartnett added, but 66% still say they are bearish on both the global growth and inflation outlook for the next 12 months. That means 66% of investors are looking for a "low growth, low inflation" backdrop, which is the highest level since October 2016. 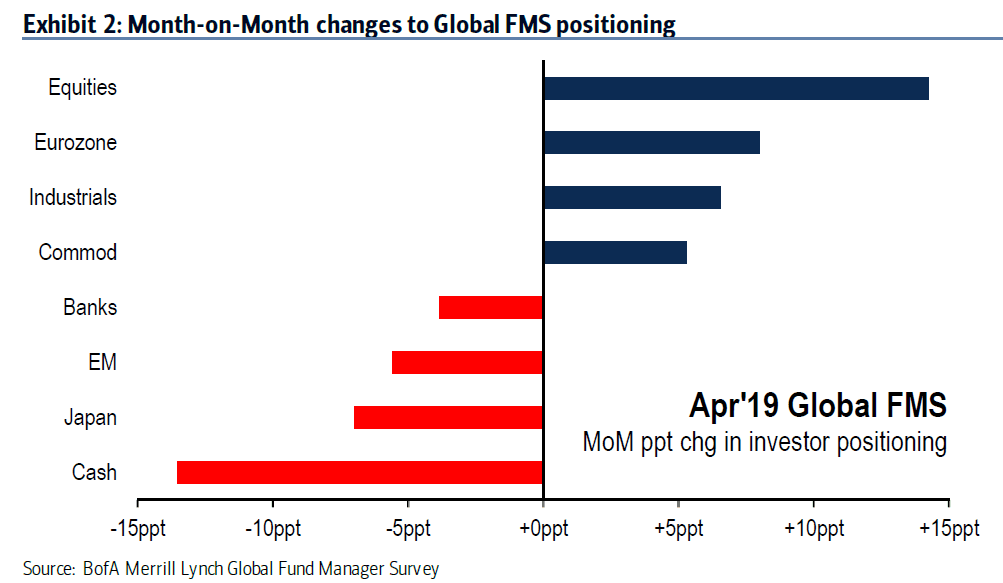 BofAML found that a "slim majority" of investors believe the Federal Reserve won't hike interest rates any more in the current cycle. At this point, 19 basis points of cuts are priced into the Fed Fund Futures rate for the next 12 months. 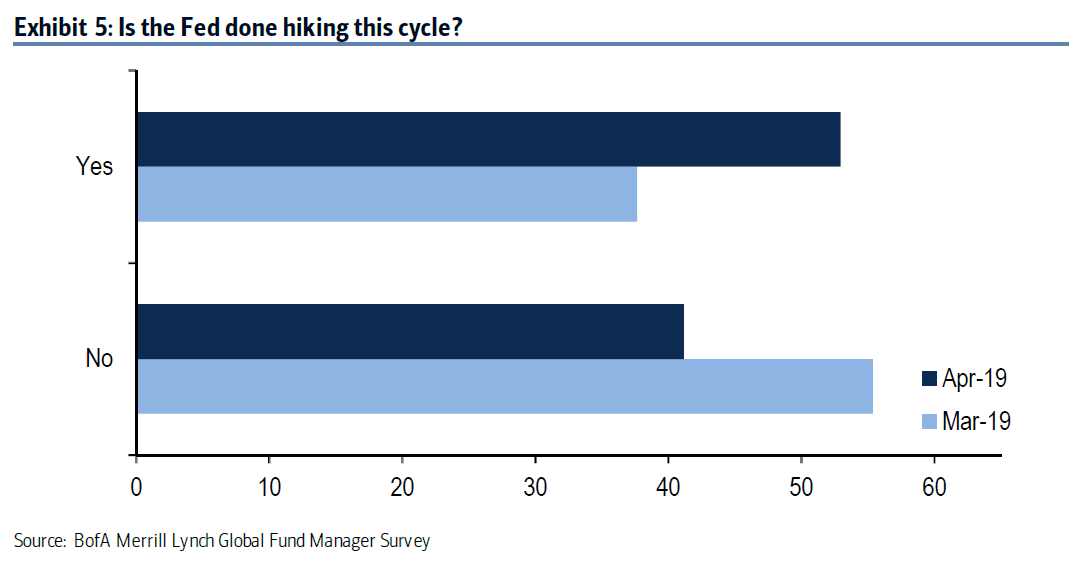 Only 13% are expecting higher global rates in the short term. That's the lowest reading since August 2012. 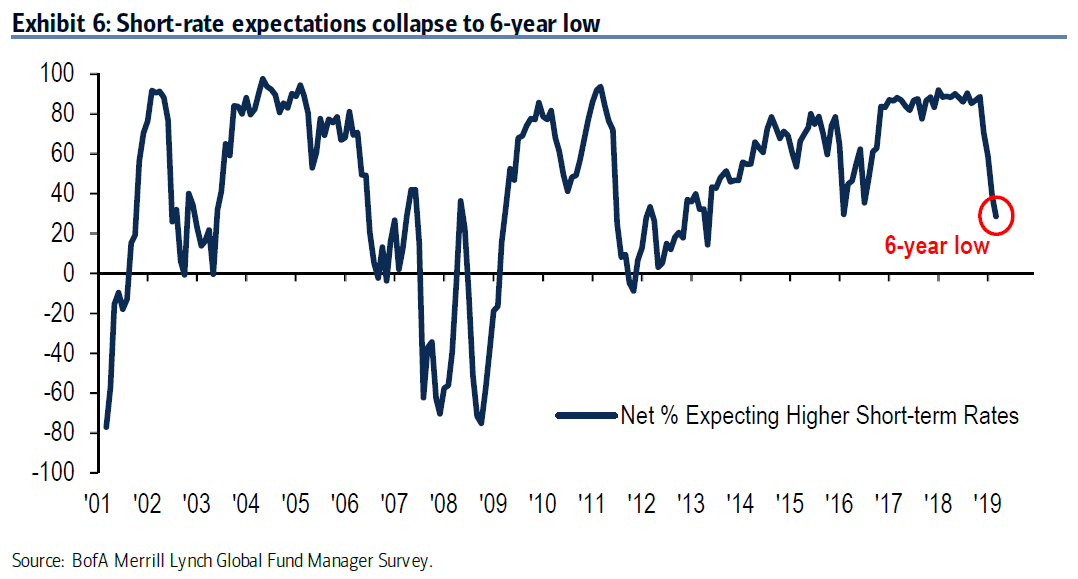 Further, Hartnett said allocation to global bank stocks is now down to its lowest level since September 2016.

Positioning suggests no recession, but no boom

BofAML found that 70% of the investors who responded expect a global recession to begin in the second half of next year or later. Interestingly, 86% believe the inverted yield curve doesn't signal that a recession is near. Only 6% expect a recession this year. 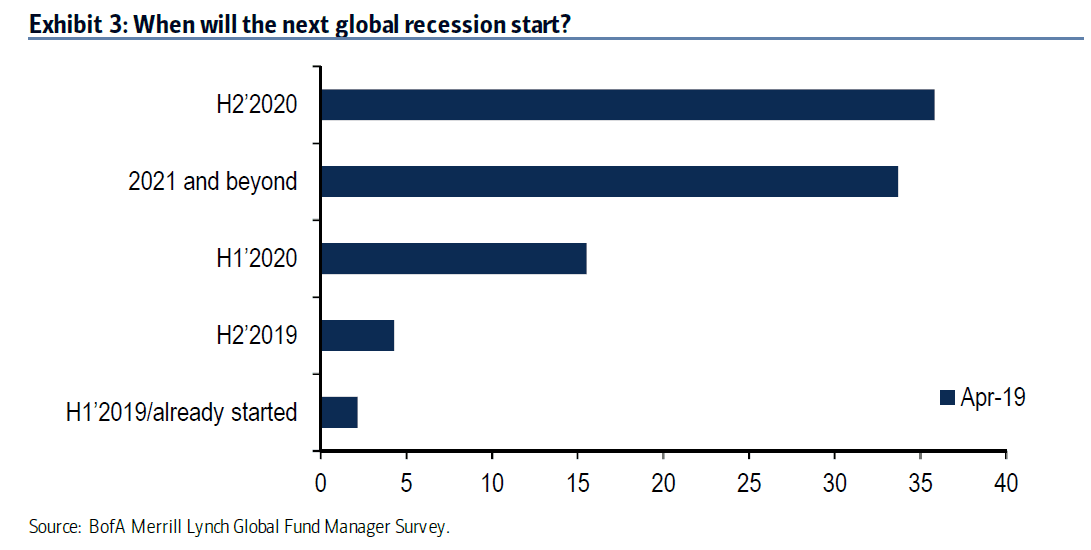 Even though investors aren't expecting a recession soon, they're also not looking for a boom. They named the top two tail risks as the ongoing trade war and the slowdown in China. Both of those risks are holding growth expectations lower.

Credit is still the biggest concern for fund managers as the survey found that 44% of believe corporations are now excessively leveraged, while 43% think corporates should "improve their balance sheet." 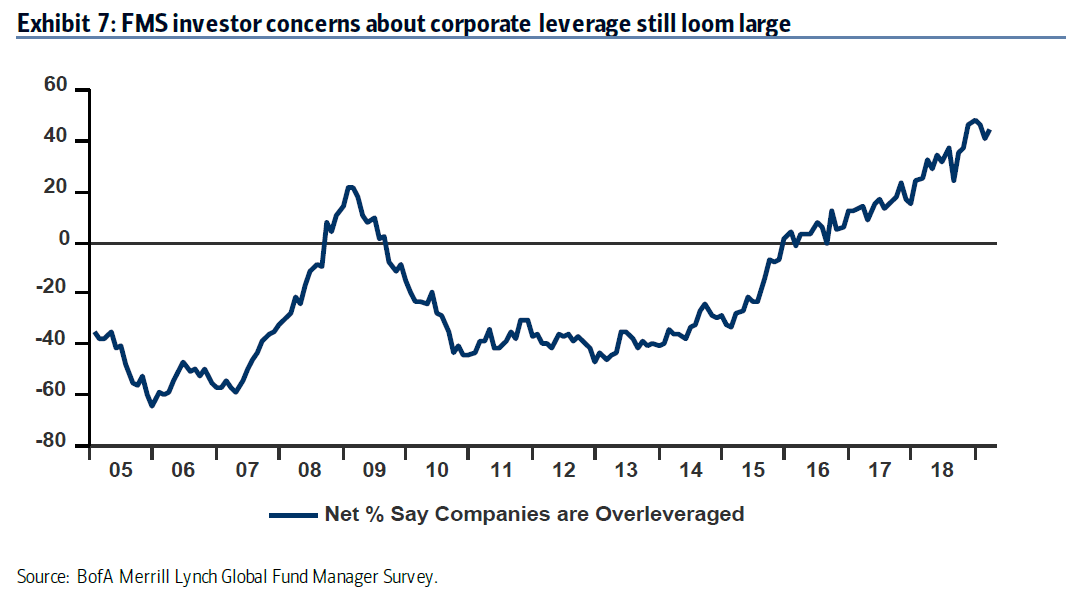 After improving their balance sheet, the next priority investors would like to see is for companies to increase their capital expenditures. Thirty-three percent of fund managers want to see companies increase capex. Only 16% of respondents would like to see more share repurchases and dividends to return cash to investors.

BofAML found that fund managers' cash levels were essentially flat month over month, right around the 10-year average of 4.6% and just above neutral. The firm's survey also indicated that hedge funds have started to chase the rally. Gross assets relative to capital rose to 1.51 from 1.28 in March. It's the highest level since September. 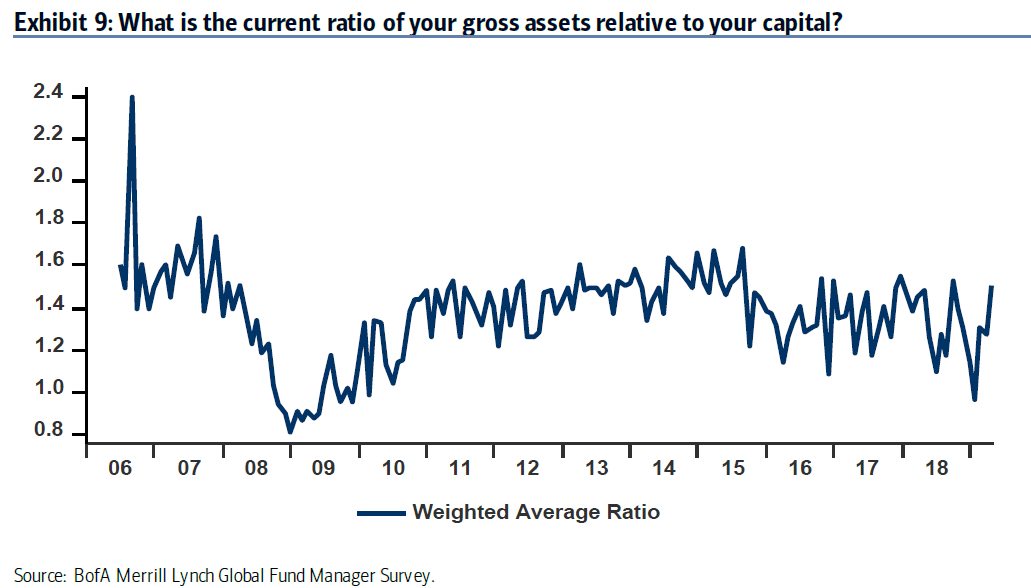 It appears hedge funds are swinging back into tech majors as well. BofAML found that the long FAANG + BAT (Facebook, Amazon, Apple, Netflix, Google + Baidu, Alibaba, Tencent) trade climbed up into second place on the list of crowded trades, moving ahead of long U.S. dollar and long U.S. Treasuries.