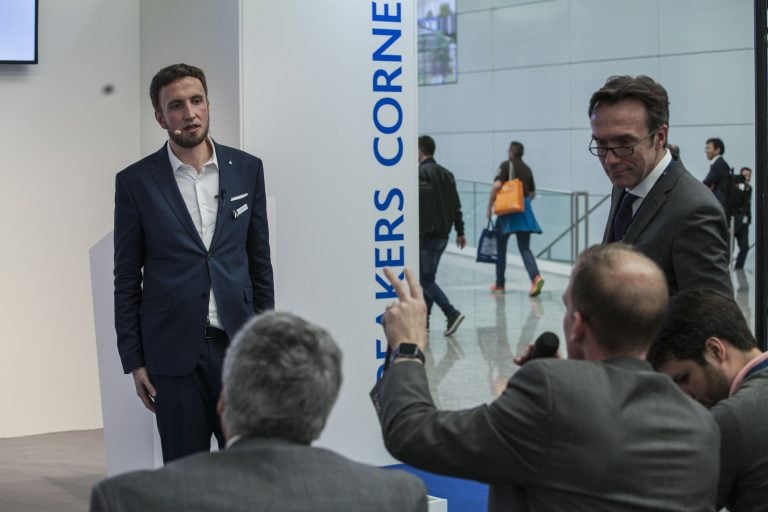 During this year’s International Dental Show in Cologne, Germany, Dentacoin was highlighted as one of the top 5 trends in dentistry as the first blockchain provider to ever participate there. The Dentacoin Foundation’s Co-Founder – Jeremias Grenzebach – also had a keynote speech at the IDS’ Speakers Corner on the topic: “Transforming the Future of Dentistry through Blockchain Technology”.

On March 15th Jeremias Grenzebach, Co-Founder and Core Developer at Dentacoin Foundation, had his second keynote speech at the IDS’ Speakers Corner in Cologne, Germany. The topic was “Transforming the Future of Dentistry through Blockchain Technology”.

Grenzebach started with an introduction of blockchain emphasizing on its key features: “The internet is very flawed in sharing valuable information. There are a lot of privacy concerns these days and that’s why the blockchain might have such a huge impact in the future. It’s stable and secure because it’s decentralized. An easy picture would be to compare solar panels on various roofs with a power plant. If the power plant gets shut down or attacked, then no one has electricity. So we build solar roofs and we have a decentralized electricity network. The blockchain works in a similar way. Traditional systems use central servers and blockchain shares the responsibility.”

Dentacoin’s Co-Founder gave Bitcoin as the first example for a decentralized digital payment structure where everyone holds a copy of all transactions and thus there is no single point of failure and no security issues. He also mentioned Ethereum as the second largest blockchain network that now allows transfers of all kinds of data, not only money.

How could blockchain be useful for dentistry?

“Many different fields are approaching the blockchain technology nowadays but we are actually the first one in dentistry. We talked a lot with clinics in our network and tried to figure out what are their needs and what solutions the blockchain can provide from a technical point of view. So we found out that we might establish a system where efforts are shared - marketing efforts, bureaucratic efforts - so dentists can focus more on treatments. Supply chains are also very inefficient and by providing a reliable, cheap and easy way to transfer money and goods and track those on the way, we can help establish a direct and more automated supply chain,” explained Grenzebach.

Going through other issues that could be addressed through intelligent blockchain-based solutions, Jeremias Grenzebach mentioned that 90% of all dental costs are spent on preventable problems caused by poor oral hygiene, improper nutrition, non-regular dental visits. Moreover, less than 20% of the global population has access to any dental care. 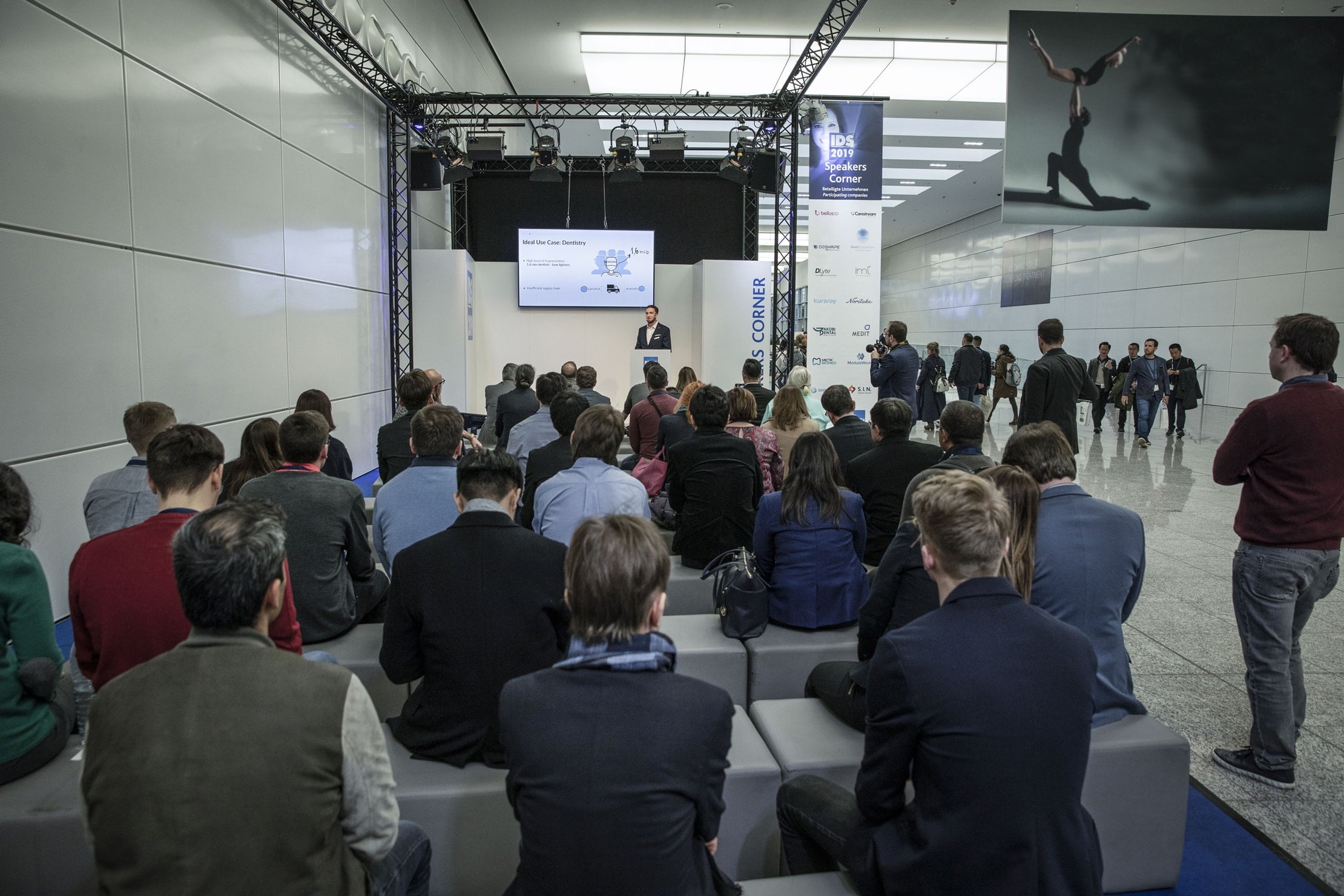 What solutions does Dentacoin provide?

“Dentacoin is a virtual coin like Bitcoin and this coin is used by dentists, patients, other industry companies. It’s not only for paying for treatments with this coin; that wouldn’t make much sense. We are creating various software tools using blockchain technology and the coin as well”, explained Grenzebach and continued describing the products developed so far:

“To be a bit more specific now, the first tool that we created - Dentacoin Trusted Reviews - is a webapp that allows patients to write reviews to their dentists. This is actually not a new thing because there are many review platforms around. But because with blockchain data can be stored and tracked reliably, we can make sure that there are no fake reviews in the system, that the patient really was in the dental office. Additionally, we also reward patients for writing a review with Dentacoin currency. [...] A second tool is DentaVox (an example for shared marketing efforts) where we gather market research data relevant for dentists and other industry companies by asking users for their opinions through different surveys. And again, they get rewarded with Dentacoin which is convertible to real money - Euro, Dollar, etc. [...] Next is Dentacare app that gamifies the process of learning and maintaining proper oral care. In the adult version, we give away Dentacoin again and for children we have another incentivisation in the form of points, better ranks and so on.”

From Sick Care to Preventive Health Care with Dentacoin Assurance?

The key milestone of Dentacoin’s attendance at IDS was the official launch of its unique, prevention-oriented Assurance program compensating dentists for prophylactic care. At the end of his presentation Jeremias Grenzebach explained the model:

“The core idea of Dentacoin Assurance is preventive medicine. Blockchain allows direct contracts between patients and dentists. The patient pays a monthly fee in Dentacoin and in return the dentist covers occurring treatments. Thus, the dentist has a stable monthly income and builds a strong bond with the patient. Additionally, the patient has to come for three check-ups per year so this way we try to reduce the hygiene problems by far and shift towards a prevention-based model. This is a pretty disruptive idea, I know, but we are just starting and we’ve already had a lot of interest coming from dentists.”

Looking into the future, Grenzebach gave a hint about one of the Foundation’s next projects for patient-managed dental health records stored on the blockchain: “That means that every user, every patient holds their own records and then allows the dentist to access their full medical history without having to worry about privacy issues. The data is owned by the patient and not by any central entity again.”

Dentacoin Foundation set a benchmark at this year’s IDS by being the first Blockchain solution provider at the world’s leading dental business summit. The Netherlands-based Foundation has developed the first dental cryptocurrency, an assurance model based on direct patient-dentist contracts and various applications used to increase supply chain efficiency, facilitate innovative payments, strengthen the relations between all market participants, and make preventive dental care affordable. More than 1,800 dental professionals and 90,000 individuals throughout the world are actively using Dentacoin tools while the Dentacoin currency has been adopted as an official means of payment by clinics, labs, suppliers in 21 countries on 6 continents.