Home Stocks Disney Plus Huge Announcement: Is It A Threat To Netflix?

Bank analysts comment on The Walt Disney Co (NYSE:DIS) announcement of it’s direct-to-consumer streaming service initiatives – Disney Plus, ESPN+ and Hulu, and how it will compete against Netflix.

Management announced price ($6.99/mo), launch timing (11/12/19 in the U.S.; Western Europe starting 1H FY19), content availability (in line with our analysis except greater Star Wars availability at launch and prior seasons of The Simpsons will be available), content spending (almost $2b in FY20 going to $4.5b in FY24), and overhead (almost $1b in FY20), but what captured the most attention was a Disney Plus global subscriber target of 60m-90m in FY24 (vs. a buyside expectation of 50m according to our recent investor survey). Further, management targeting Disney+ profitability in FY24 was ahead of most expectations. Not surprisingly, the user interface, content quality, brands and upcoming marketing efforts were all impressive.

Disney targets roughly 110-160mm major direct-to-consumer (DTC) subscriptions by YE2024, well ahead of our forecast: Disney's investor day highlighted the breadth and depth of the content being made available on its streaming services, most notably for the upcoming Disney Plus service. Commitment to making Disney Plus the exclusive streaming home to some of Disney's (and Fox's) most iconic IP, as well as the significant market opportunity that Disney sees globally, leads Disney to target 60-90mm Disney Plus subscribers by YE2024.......

The favorable initial pricing for Disney Plus ($6.99/month vs. our $7.99/month assumption), a focus on wide device compatibility + potential distribution partners, and plans to make Disney Plus available globally on a relatively quick timeline are all positive for accelerating the pace of subscriber adoption.

We believe NFLX can not win an Entertainment-OTT battle against DIS because Disney+: a) has a price 30%+ below Netflix (at $7/month and $70/year); b) will have nearly all Pixar, Marvel, Star Wars and Disney princess films at launch on Nov 12; c) DIS products reach 100mm households/year, which lowers DIS's customer acquisition costs; d) can bundle Hulu, ESPN+, DIS+ to lower churn; e) DIS’s AA balance sheet and strong FCF; and f) DIS has many content creation silos that will add new Disney Plus content. Why won’t DIS+ be additive? Because US consumers say so.

Much of the investor day was devoted to the Disney Plus platform. The library now looks very compelling. At launch Disney+ will incl. all Lucas Films titles, all 30 seasons of The Simpsons, all animated and live action vault/classics, the entire Pixar library (incl Frozen), The Disney Channel series, 250 hours of NatGeo stuff, ~25 original series and ~10 recent films. By year 5 there should be 50+ originals and 120+ films. Disney+ launches on Nov. 12 at $6.99/mo or $5.83/mo if purchased annually (we had estimated $6.50/mo). The extensive content and completeness of key areas like Pixar and Star Wars was a positive surprise, and the ARPU suggests subscriber, rather than revenue, maximization early on. It looks like Game On for strong sub growth at launch (we estimate 4mm in the Dec quarter).

We came away from Disney's investor day with increased confidence in the outlook for Disney's DTC pivot. Management expects Disney Plus to reach 60-90M subs by FY24, well above UBSe 50M (which many investors thought was aggressive). Disney+ operating expense guide was largely in line with UBSe (see tables) and with an accelerated subscriber ramp Disney+ is expected to reach to profitability by FY24, two years sooner than we forecast. Hulu is expected to grow to 40-60M subs by FY24 (UBSe 56M) and reach profitability by FY23 or FY24 (UBSe FY26) with losses peaking in FY19 at $1.5B (UBSe $2B). ESPN+ guidance was also better with subs expected to grow to 8-12M by FY24 (UBSe 7M) and reach profitability in FY23. Management did not provide specific guidance on forgone licensing revs (outside of $2.5B for Disney+) but we believe commentary suggest a longer tail to content licensing than we had previously modeled.

Do you think Disney Plus will threaten Netflix? Let us know in the comments! 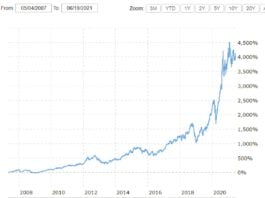