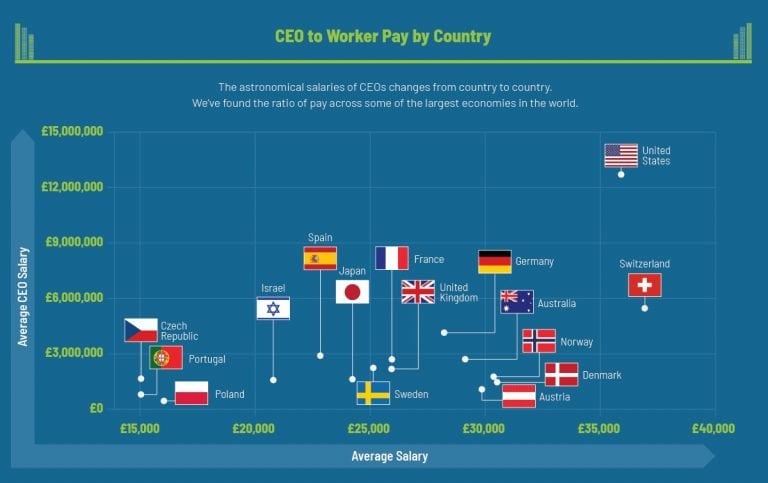 1st April 2019: New research by SmallBusinessPrices.co.uk has revealed how much CEOs earn compared to their employees around the world. To take a look at the research, click here.

Media CEOs saw the largest disparity between their workers, with the top dogs earning around £17.8 million on average compared to an employee's salary of £31,197. This means it only takes 0.6 days for an entertainment CEO to earn an employees entire salary.

With the growing demand for construction workers, the ratio between industry CEOs and workers was 272:1. With CEOs earning around £7.9 million compared to a construction employee average wage of £28,940 - meaning it would only take a CEO 1.3 days to earn.

Interestingly, technology CEOs had the smallest disparity between their wages with a ratio of 52:1, despite growing at a faster rate than several of the world’s economies. On average, a tech CEO earns around £2.3 million, taking just a week to earn an employees entire salary of £42,916. 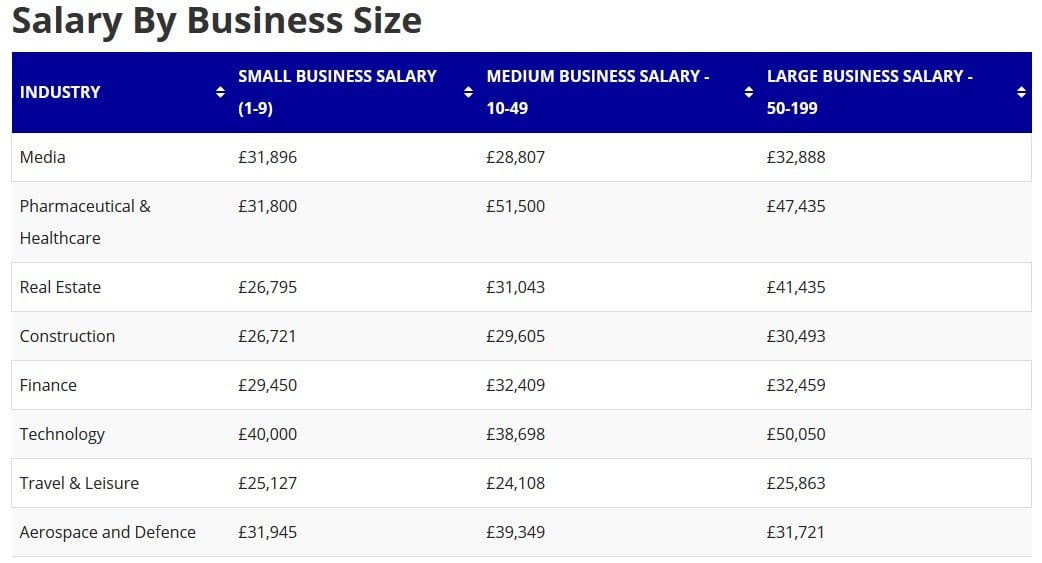 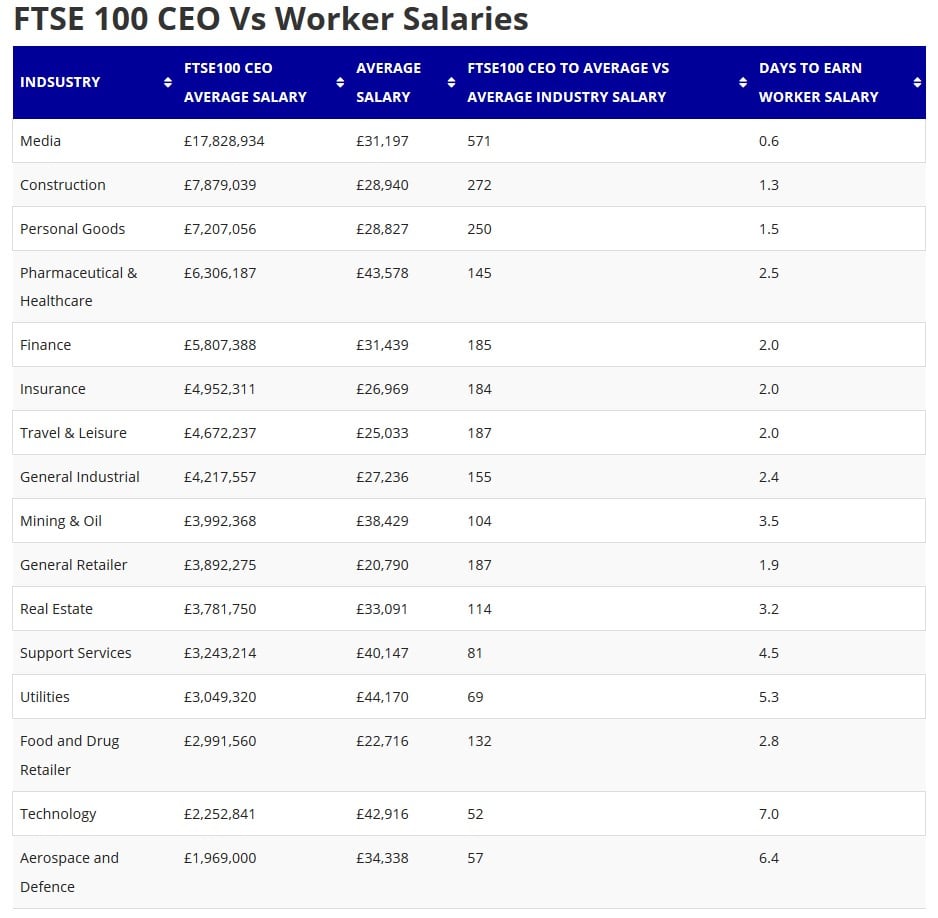 Naturally, as a business increases in size, both profits and employees may see an increase, but this isn’t always the case. Depending on the size of your business your salary can be affected, we had a look at some of the industries in detail:

Technology - In a digital world, not only are the number of tech businesses growing but their paychecks are too. In a small business, employees earn around £40,000 on average, with medium-sized businesses salaries earning slightly less at £38,698. You can earn up to £10,000 more if you work in a larger-sized business, with an average salary of £50,050.

Real Estate - If you’re into the property market, the bigger businesses are your best bet. With smaller sized business employees earning £26,795 on average, this increases by just over £4,000 in a medium-sized business and in a larger company, you can earn up to £41,435.

The CEO Pay Gap around the World 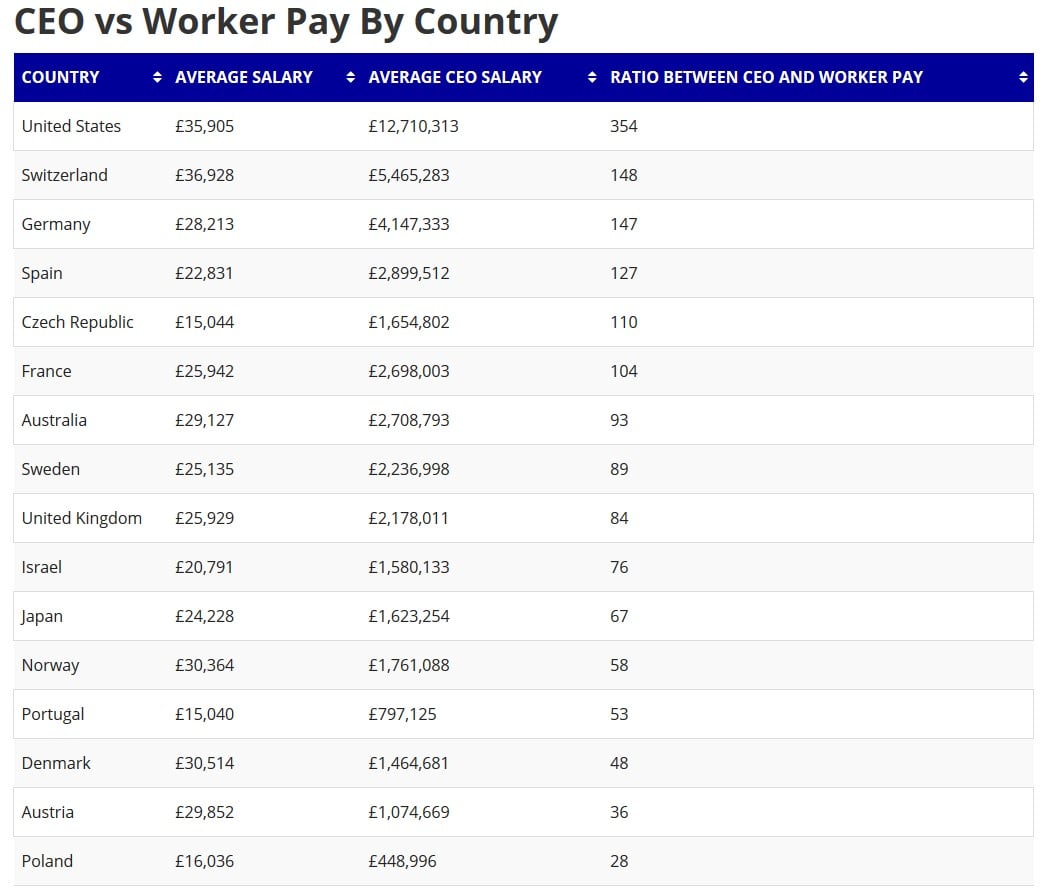 To read more about how a CEOs salary compared to the average worker or to view the full list by SmallBusinessPrices.co.uk, click here.