Choosing individual stocks without any idea of what you’re looking for is like running through a dynamite factory with a burning match. You may live, but you’re still an idiot.” – Joel Greenblatt

In his classic, You Can Be a Stock Market Genius, Joel Greenblatt provided investors with a treasure map for investing in special situations. First published in 1999, Greenblatt was not, however, the first to see value in spin-offs.  By that time, Bill Stiritz had already been blazing that path at Ralston Purina for nearly twenty years.

We first wrote about Stiritz’s more recent expeditions back in 2014 in a series of posts titled A Public IPO and Post Chief Needs More Protein.  His track record speaks for itself:

Over thirty-five years, Stiritz generated a return better-than 61,000 percent to investors (versus a measly 3,750 percent for the S&P 500), second only to Liberty’s John Malone, according to calculations by Fundstrat, an independent market research boutique.  Over his tenure at Ralston Purina, pretax margins expanded from 9% to 15%, ROE more than doubled, and a dollar invested in the company morphed into $57.

The consensus today is that the genie is out of the bottle.  Since everyone has the treasure map, the treasure is no longer worth looking for.  We are not so sure. Take for example POST’s own recent performance. Despite the very public treasure map, shares of POST have compounded at more than 20% annually since inception in 2012.

In other words, his time horizon was longer than his competition.  Simple, but not easy. Still , Stiritz is not alone in recognizing the value in time arbitrage:

As for spin-off’s, it’s difficult to argue that a treasure map can change human nature or corporate inefficiencies. Per Stiritz:

The problem with large corporations . . . is that they are less creative, adaptive, less inventive than a company that is spun out and freestanding. Spinouts are simply better-incented and their managers will think about the task much more intentionally. Their managers are much more engaged, much more involved.”

While most of us in the investment world, attribute the magic of spinoff’s to the new incentive structure, I thought Stiriz’s perspective here was worth noting.

"The magic in a spinoff arises from the liberation of the new company from the old. Throwing out the old organizational chart, redrawing the boxes, and then creating a new organizational chart for a new company with a different group of shareholders and a different mindset. It is almost as if some kid with a small lamp rubs the damn thing and out pops this amazing transformation.

"Those transformations are largely unrelated to changes in the ways the new company paid managers. It isn’t the incentives, as Wall Street would leave us to believe.  The bigger driver is the new situation and new opportunity that capture the manager’s mind. He thinks about it around the clock. He wakes up in the middle of the night with anxiety about getting it right. And despite the added pressure and stress of the new situation, he loves the responsibility and the challenge of running things for himself, free of the bureaucratic corporate gamesmanship.”

This makes sense.  And is consistent with the research presented by Daniel Pink in Drive: The Surprising Truth About What Motivates Us.

While most of us believe that the best way to motivate people is with external rewards – the carrot-and-stick – that belief is false. The secret to performance and satisfaction, according to Pink is the deeply human need to direct our own lives, to learn and create new things, and to do better by ourselves and our world. Stiritz understood this from the get-go.

He recognized that the most important ingredient to success is creativity; the ability to imagine all sorts of outcomes; to generate ideas and alternatives; to be able to handicap them; to select the ones that have the best odds; then to make them happen. All of which are requirements for successful investing, with or without a treasure map. 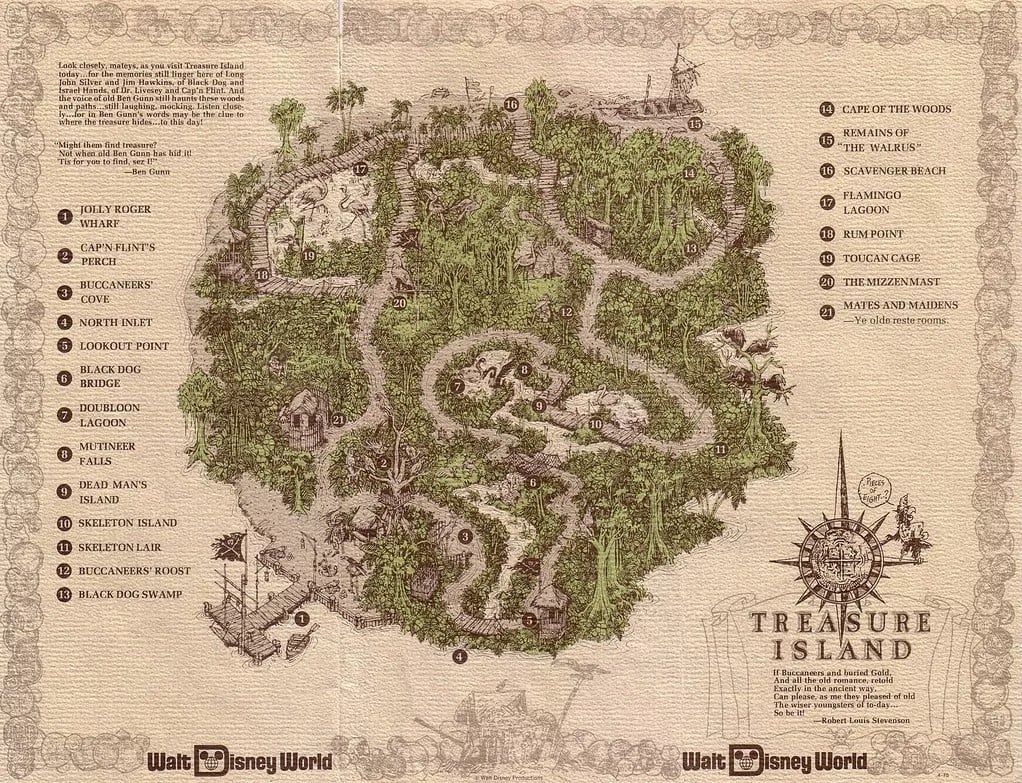