Elliott Management sent presentations to Hyundai Motor and Hyundai Mobis shareholders last week, urging investors to back its proposals, including dividends and a board shakeup. In its presentation to Hyundai Mobis shareholders, the activist also urged investors to vote in favor of the expansion of the board from nine to 11 members, the creation of a compensation and governance committee, and the appointment of Robert Kruse and Rudolph von Meister to the board and the new committee at the March 22 meeting.

Elliott acknowledged the revised strategy that also includes a 2.6 trillion Korean won ($2.3 billion) three-year shareholder return scheme, but said the proposed dividend payment was not high enough and the steps needed to be bolder.

Elliott was even less impressed with Hyundai Motor and proposed dividend payments totalling 4.5 trillion South Korean won, more than four times the company’s proposed total of 615 billion South Korean won, the creation of a compensation and governance committee, and the nomination of John Liu, Randall MacEwan, and Margaret Billson to the board and the new committee. Elliott also urged shareholders to vote against the nomination of Chi Won Yoon, Eugene Ohr, and Sang Seung Lee to the board.

Less than two weeks after Kraft Heinz shares plummeted, Prescience Point published a third short report against peer Kellogg. Last week, the short seller claimed that shareholders should be "terrified" by Kraft Heinz’s recent crash and reiterated its belief that the company will have to cut its dividend and miss its full-year 2019 guidance. Prescience said Kellogg will “share the same fate” as Kraft Heinz since it is in worse shape and has been hiding behind “aggressive financial engineering.”

The short seller first targeted Kellogg in April 2018 when it claimed Kellogg had pulled forward more than $1 billion of revenue from future reporting periods as well as artificially inflating its margins and operating cash flow to enable management to achieve guidance targets and boost executive compensation. The short seller also claimed that Kellogg concealed channel stuffing activity by selling and securitizing accounts receivable, thereby boosting its cash flow from operations.

Despite the allegations against the company, Kellogg shares rose after the short report was published to reach its 2018 peak of $74.84 in September. It has since fallen 27.7% to close at $54.15 Friday. Prescience remained confident in its most recent report that Kellogg’s stock still has a 30% downside and will hit $39.50.

The number of Asia-based companies publicly subjected to activist demands between January 01 and March 08 in respective years. 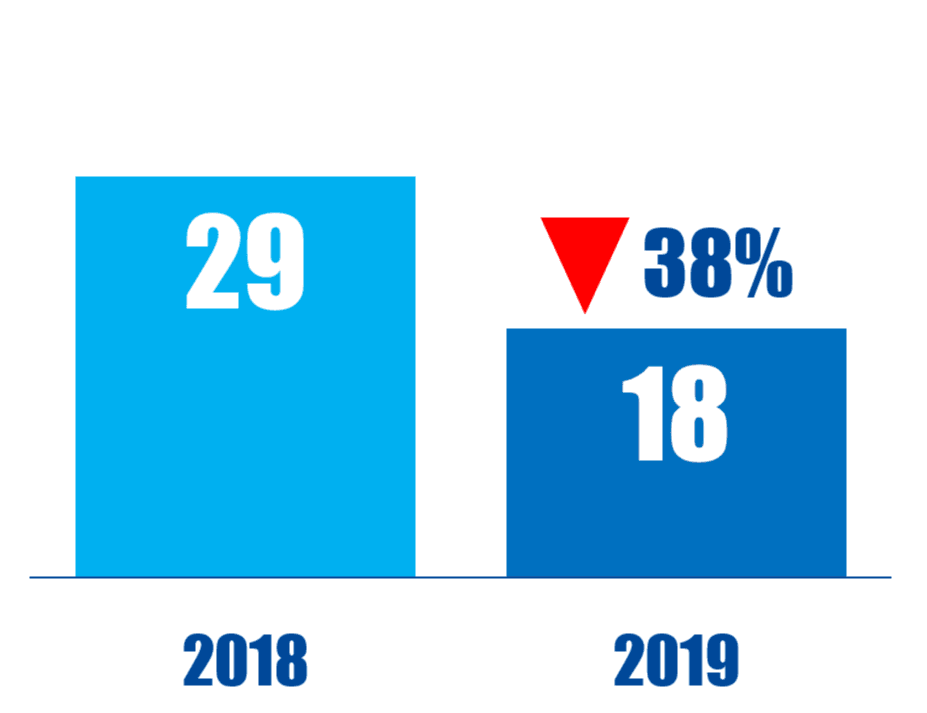