As nomination deadlines approach, settlements are being announced thick and fast, the highest profile this week being Caesars Entertainment’s with Carl Icahn. The veteran activist will replace three members of the board, with the right to appoint a fourth director should a new CEO not be agreed upon within 45 days of the agreement. The two inked the agreement on the day of Caesar’s nomination deadline. Another noteworthy last minute settlement last week was eBay’s agreement with Elliott Management and Starboard Value to launch a strategic review and add new directors to its board.

Close behind was SeaChange International’s agreement to appoint two of Karen Singer’s director nominees, both of which will also be appointed on at least one board committee. Kuuhubb was also able to reach an amicable settlement with a group of shareholders. The company gave the right to nominate an independent director for election at the April meeting and forthcoming shareholder meetings for the next two years, on the condition that the group continues to own at least 10% of the company’s issued and outstanding common shares.

Across the pond, Premier Foods handed board seats over to Oasis Management and Paulson & Co amid a strategic review.

Corporate Travel Management is demanding VGI Partners hand over any documents and the names of people who assisted in the allegations made against the company in an October short report. The company has reportedly engaged law firm Arnold Bloch Leibler and threatened legal action against the short seller. In his letter to the short seller’s lawyers, Arnold Bloch Leibler senior partner Leon Zwier accused VGI of offering payment to employees in exchange for information. Zwier also notified the lawyers that Corporate Travel may commence pre-trial discovery proceedings if VGI does not hand over Corporate Travel documents, text messages, and hard drives.

The news of the threat came only two days after the Hong Kong Securities and Futures Commission (SFC) dismissed Andrew Left’s appeal against a ruling that banned him from trading in the city for five years. Left was fined HK$1.6 million in trading profits and HK$4 million in legal expenses in 2016 after the Market Misconduct Tribunal ruled that the short seller was “reckless in his conduct” when publishing the 2012 Evergrande Real Estate Group report. Left launched an appeal against the ruling at the start of the year on the grounds of freedom of speech after unsuccessfully trying to appeal the ruling on questions of facts in 2016. The short seller is unable to appeal again and will have to steer clear of the Hong Kong Stock Exchange until October 2021.

The number of global service companies publicly subjected to activism between January 01 and March 01 in respective years. 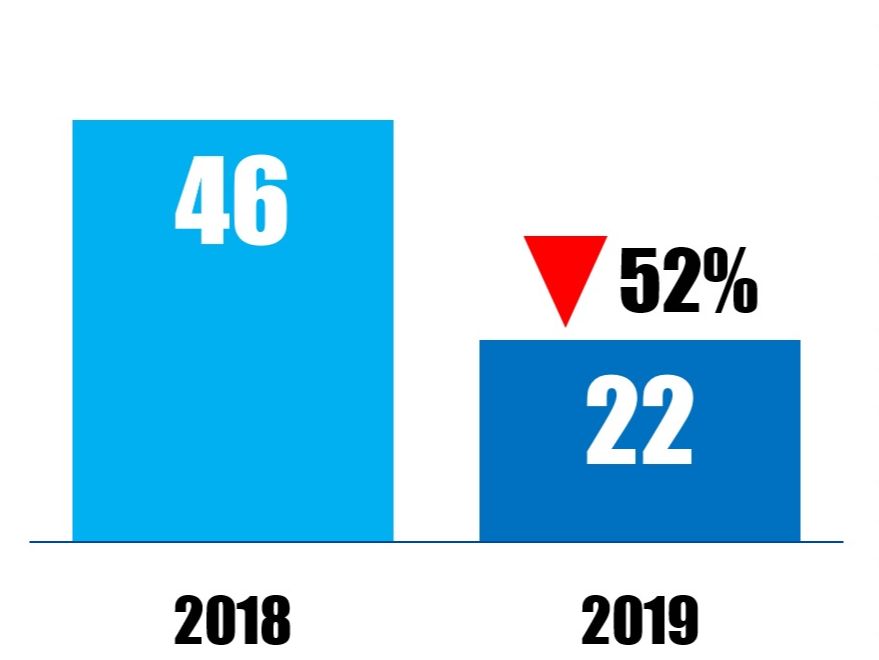