ValueWalk
Home Economics Whitney Tilson: Tesla “A Farce That Reminds Me” Of Enron

1) Wow, this is really damning (Former Tesla workers paint grim picture of Buffalo plant): laid off workers reveal what’s really going on in Tesla’s Gigafactory 2 (Solar City) plant in Buffalo, including employees watching movies and making phone calls because there was nothing to do and the company lying like crazy (what else is new?) about: a) the number of workers (~200 people vs. 800 claimed – if so, Tesla is defrauding NY State; “Tesla must employ 1,460 workers at the facility by April 2020 or face $41.2 million in state penalties”); b) the number of homes getting a Solar Roof (40/week target vs. “Some weeks we produced enough solar modules for zero homes and probably the best I saw was maybe four homes in a week”); and c) a farce that reminds me of what Enron did to deceive visitors:

In November, Tesla gave the media its first glimpse inside the Buffalo factory.

Employees described it as a “dog and pony” show that was planned by Tesla for over a month. They said Tesla had walls built to hide unused equipment and blocked off large areas.

The tour was an extremely controlled event, with the company picking employees to speak with reporters and not letting cameras inside. Footage recorded by Tesla was provided to television outlets like News 4.

“It was all fabricated for show,” Witherell said.

“There was no actual production that day so some of the teams in their specific area were instructed to make sure they looked busy and they actually were working on the same module over and over again.”

2) This news today (Consumer Protection Bureau Cripples New Rules for Payday Loans) returns me to one of my long-running crusades against the seemingly endless areas of our financial industry that are incredibly sleazy and predatory, especially when the customers are poor and/or unsophisticated. Excerpt:

The regulations were intended to prevent spiraling debt obligations by limiting the number of consecutive loans that could be made and requiring lenders to verify that borrowers could pay back their loans on time while still covering basic living expenses.

I get a fair amount of grief for my views that tight regulation is needed in our financial sector. Given that usurious lending has always been with us (much like prostitution), you might think I’m tilting at windmills and wonder why I bother. I get it. I know regulations won’t change human nature, but sensible ones will help a lot of people avoid catastrophes that can destroy their lives.

This is especially true when it comes to financial matters because both research and long history teach us that: a) most human beings are highly irrational when it comes to money; and b) the financial industry, going back eons, is prone to wild excesses leading to huge bubbles…followed by horrible busts. As Charlie Munger (a Republican) says, “Banking should be boring.”

In the case of the payday loan industry noted in the article above, the Consumer Financial Protection Bureau did five years of careful study to determine what parts of the industry are legitimate vs. which are destructive/exploitative, and proposed sensible regulations to rein in abuses by “limiting the number of consecutive loans that could be made — half of all payday loans are part of a sequence that stretches at least 10 consecutive loans — and requiring lenders to verify that borrowers could pay back their loans on time while still covering basic living expenses.”

Who in their right minds would oppose these common sense limits? You guessed it: the payday lenders “who warned that the new restrictions would decimate their business.”

I don’t doubt this – it’s highly profitable to rip your customers’ faces off! – but it’s horrible for average people who the government is (or at least should be) trying to protect, which is why rescinding these rules is so misguided.

3) Reason #5,280 why I doubt that cryptocurrencies will never become widely used commercially and will therefore remain almost solely instruments of speculation: A Crypto-Mystery: Is $136 Million Stuck or Missing? Excerpt:

A Canadian cryptocurrency exchange says about $136 million worth of customers’ holdings are stuck in an electronic vault because the company’s founder died without sharing the password.

4) Epic fail of the day: in light of it being Black History Month and the scrutiny about blackface, how did so many people at Gucci not see this?! Gucci Apologizes for a Balaclava Sweater That Looked an Awful Lot Like Blackface

5) I’m delighted that my old friend Cory Booker, whom I’ve known for more than two decades, is running for President. He is the real deal – I always thought he’d be the first black President, but he’ll have to settle for being the second!

I think he’s just what the country needs: a courageous, smart, pragmatic, squeaky clean progressive who understands the critical role of the private sector (he’s no socialist!). And he’s been a real leader on two big issues for me: education and criminal justice reform.

If you want to follow his campaign, his website is https://corybooker.com. Also, you can join my email list for occasional articles about him by sending a blank email to: cory-subscribe@mailer.kasecapital.com

PS—Below are three pics of us from last week, when my wife and I visited him in the Capitol in 2013, and from a charity event in 2008 (with Tiki Barber): 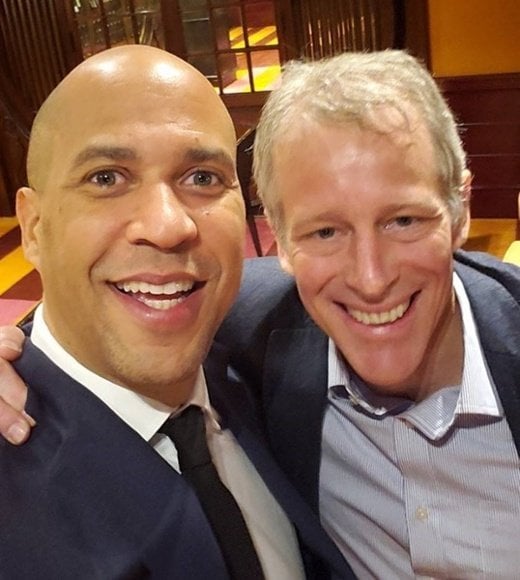 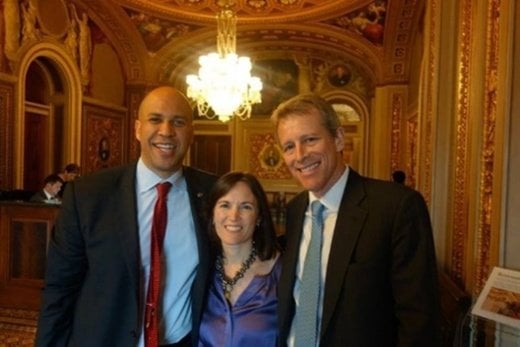 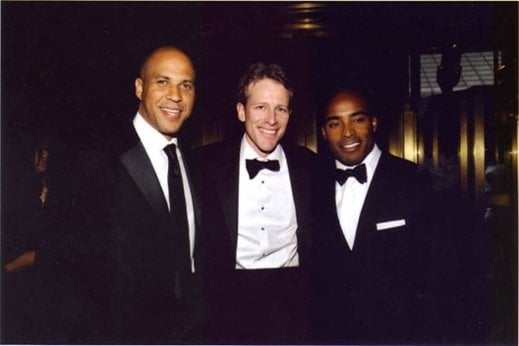