Samsung today unveiled one of the most awaited smartphones of this year – the Galaxy S10. Now, almost all official details about the handset are out including the Galaxy S10 wallpapers.

The Galaxy S10 wallpapers are based on the same theme that the Korean firm has been using for the past few years. As can be expected, these wallpapers are made up of vibrant color combinations that should look great on any device.

The color combinations include orange/purple, yellow/blue, purple/black and more. Moreover, with a resolution of 3040×3040, these S10 wallpapers should fit nicely on any current-gen smartphone.

Apart from looking beautiful on your device, these wallpapers have one more purpose. The  Galaxy S10 series phone comes with a hole-punch notch, and not many users like it. Samsung possibly knows this and thus, has smartly designed the wallpapers to hide the notch. All the S10 wallpapers fade to black at the top right corner helping to hide the notch. 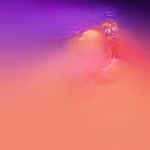 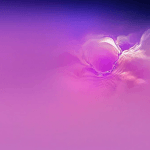 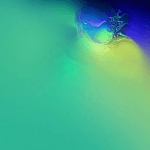 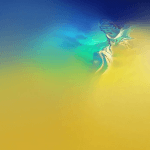 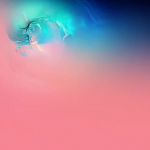 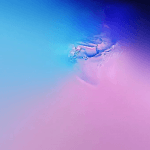 Galaxy S10 and S10 Plus – screen size not the only difference

Samsung launched several new devices yesterday, but the best of all is the Galaxy S10 line. Samsung’s latest flagship comes with several impressive specs, including a 6.1-inch QHD+ Dynamic AMOLED curved screen. Further, the handset features a triple-lens rear camera, including a 16MP f/2.2 ultra-wide lens, a 12MP f/2.4 telephoto lens and a 12MP lens, which can be used to switch between f/1.5 and f/2.4 apertures.

The handset also features a new design with a punch hole in the screen to house a 10MP front-facing camera. Also, the display plays host to the world’s first ultrasonic fingerprint scanner, and thus, it has minimum bezels.

Additionally, the handset features 8GB of RAM and up to 512GB of storage. The battery capacity is 3,400mAh. All such premium specifications don’t come cheap though. The S10 starts at $899.

Talking of the Galaxy 10 Plus, it features a curved 6.4-inch QHD+ AMOLED screen. Apart from the screen size, there are other differences as well between the S10 and S10 Plus. The Plus variant has two cameras on the front – a 10MP and an 8MP snapper as well. It also has a bigger battery at 4,100mAh. Additionally, its top end variant has 12GB RAM and up to 1TB of storage.

Since it has two cameras in the front, it has a slightly different design as well. The handset has a pill shaped cut-out in the screen, unlike a smaller cut for a single camera in the S10. Apart from these changes, the Galaxy S10 Plus and S10 are the same in looks and specs. The S10 Plus starts at $999.

If the S10 and S10 Plus are too expensive for you, then Samsung has one more option for you – Galaxy S10e. This variant captures the essence of the other two models but at a lower price. This pocket friendly handset features a 5.8-inch Full HD+ AMOLED screen, which is flat, unlike the curved screen in the S10 and S10 Plus.

Overall, it sports a similar design as the other two, including a punch-hole selfie camera. On the back, there are two cameras – a 16MP f/2.2 ultra-wide and a 12MP variable aperture.  It comes in 6GB or 8GB of RAM, and up to 256GB of storage. Samsung has given it a fingerprint scanner, but it is not in-display but rather on the side of the screen. It has a battery capacity of 3,100mAh, while its price starts at $749.

Apart from these three variants, Samsung also launched a super premium model – the Galaxy S10 5G. As the name suggests, the handset supports 5G. Other distinguishing features of the handset are a massive 6.7-inch screen, four rear cameras and a 4,500mAh battery.

The Samsung Galaxy S10 5G will come in 8GB of RAM and 256GB of storage. The company hasn’t revealed the price of the phone, but it is expected to cost $100 more than the S10 Plus.

Why People May Be More Interested In Electric Cars – And...

Everyone Will Be Paying For The New Public EV Chargers, Whether...