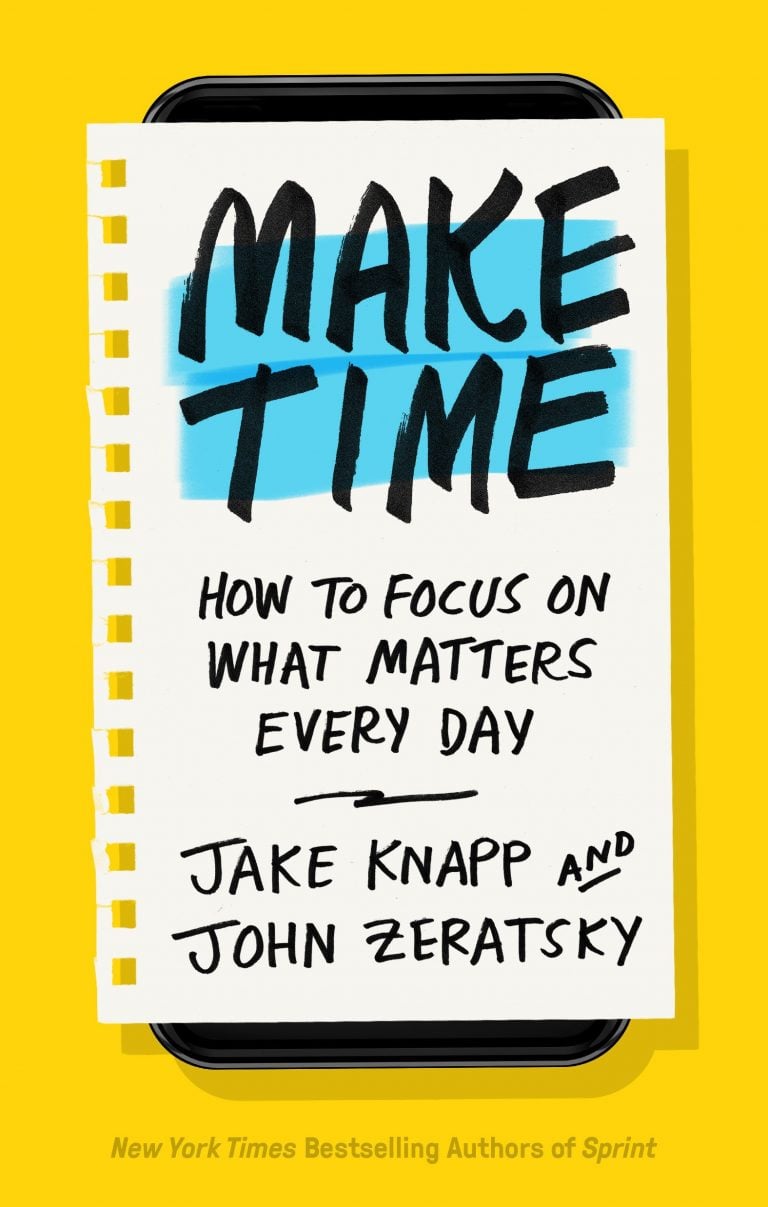 What I am about to share with you is somewhat random drivel about a topic that has been very important to me in 2018 – time. I am anything but an expert on it; and in fact, as you’ll see, this is something I fail in and am trying to fail less.

I recently read Make Time, written by Jake Knapp and John Zeratsky, two ex-Google engineers who worked on Gmail and YouTube. The book is written by geeks for geeks like me (and probably the majority of my readers). Jake and John provide very insightful tips of how to “make time.” Also, they made me look at technology companies and time from a slightly different perspective.

Think about Proctor & Gamble, Hershey, Nestle – the old giants of the late 20th century. If you were an engineer or chemist working for one of those companies, you probably loved your job, creating products consumers were delighted to spend more and more money on. Be it instant coffee, TV dinners, or exotic things covered in chocolate. The more successful you were, the more of your company’s products consumers bought and thus the more dollars they spent.

But today, the majority of products sold by Silicon Valley companies like Facebook, Twitter, and Google are not sold in stores; and even more importantly, consumers don’t pay for them with dollars but rather with what is seemingly the cheapest commodity of all: time, which, ironically, is the scarcest commodity.

Google’s, Facebook’s, and Twitter’s business models are not much different from those of TV networks like ABC, CBS, and NBC: They provide you “free” content and you pay for it with your time, thus allowing Proctor & Gamble to pitch you its new soap. However, there are two distinct differences between TV networks and the Silicon Valley giants: First, there’s the question of privacy – technology companies know hundreds of times more about you than old media companies did. And secondly, TV networks may only have access to you an hour or two in the morning and four hours in the evening; but Google, Facebook, and Twitter are on your mobile device, which is with you 24/7 – they even follow you into the bathroom.

I don’t buy into rhetoric that these companies are evil; not at all, these companies are one ego trip away from turning into Myspace. They are certainly not as evil as Coke, which incessantly advertises that drinking its products will make you feel like a million dollars and help you get along socially, meanwhile turning the masses into caffeine and sugar addicts and contributing mightily to the global diabetes epidemic. But the Silicon Valley giants who employ engineers who love what they do definitely want to create products that you will be enticed to use and find quite addicting.

How much you are going to use is up to you – well, almost. (We’ll get back to this in a second). The better the product, the more time you’ll spend on it and the deeper you’ll get hooked. (Again, the currency here is your time).

I recently wrote an article about financial budgeting (I have yet to share it with my readers) where I discuss that the core of budgeting is just prioritizing what is important to you. Instead of spending your money on autopilot (mindlessly) on things you may or may not value, wise budgeting lets you proactively, mindfully prioritize what matters to you the most, whether it’s an extra vacation a year or a new car every three years (the answer here is very personal and will vary from person to person).

Our income, no matter how much money we make, can always be exceeded by our insatiable and ever-growing wants; but if you are mindful and thoughtful about how you spend money, it may actually bring you happiness by allowing you to fulfill your goals and dreams while also minimizing your anxiety (or despair).

Budgeting our time is no different, except that time is even more scarce than money. If you allow your life to run on default settings set by technology companies’ enthusiastic engineers, your time will turn into the digital equivalent of your consuming Hershey Kisses as a meal replacement for breakfast, lunch, and dinner.

After I read Make Time, I looked up on the Screen Time app on my iPhone to see how much time I spend on my phone. The number is too embarrassing for me to commit it to paper. My biggest time hog was not Facebook but Twitter, and another huge culprit was email. Though my notifications were off, I checked email on my phone nonstop. If I just took this time I wasted and spent it on reading books, I’d be able to read an extra book or two a week.

Instead of trying to fight temptation – an act that consumes immense energy – I followed the Make Time authors’ recommendation: I uninstalled all my time and attention hogs from my iPhone – no more social networks or news, and more importantly, no email. I thought I’d miss all this, and yes, for a few days I caught myself reaching for my phone, just to realize that there was no need for me to do that as I had nothing to check. A week later I’m completely liberated.

The reality is that if I don’t reply to my emails instantly, nothing in my life or the life of a sender is going to change. Now I set a time twice a day to read my email on a laptop/desktop (to make it less accessible, I removed Gmail shortcuts from my toolbar). The Make Time guys argue that you should never reply to emails right away. This way you condition people who email you that it’s not an instant messenger app. I think they’re right.

We have a firm-wide policy at IMA to answer emails from clients the same business day. We at least acknowledge that we received their email, even if we don’t have an answer yet. I get very few emails from clients; thus answering the same day is not an issue for me. But at the same time I don’t owe the same responsibility to every email that gets into my inbox; thus I reply to the rest of my emails when I can, sometimes weeks or months later (if you are on the non-receiving side of this, my apologies).

Then there is the issue of internal communications at my firm. Over time we found that it is easier to find talent globally, not just locally; thus our company has as many employees outside as in our “global” HQ in Denver. We also found that email is not a great tool for interoffice communication, so in 2018 we switched to Slack – a modern, post-Microsoft communications platform. Yes, very millennial of us, I know.

Slack allows us to divide our communications into channels. Channels are basically group chats for specific company functions. For instance, anyone at the firm who is involved in client services will be in the client services channel and thus will see all related communications. We have a record of all pertinent communications stored in one place. I let Slack always run on my iPhone, but I set all channels on mute, other than the Trading channel and direct messages.

I highly recommend to my readers the book Deep Work, by Carl Newport, where he discusses creativity’s biggest enemy: time fragmentation. For an intellectual (or probably any) worker to be effective and creative, we need to be able to focus for extended periods. Every time you are distracted and interrupted from what you are doing, even for thirty seconds, its costs you ten to twenty minutes to get back on the concentration track.

The default setting for the typical office environment maximizes time fragmentation. I have a friend who runs one of the largest investment firms in Canada. After reading Newport’s book she created a policy that from 9 AM to 11:30 AM is companywide “do not disturb” time. This is when employees can focus without being interrupted. We are going to try to implement a version of this at IMA.

The end of the year always feels like the right time to reexamine our lives. I am focusing on reevaluating all default settings, whether set by inertia or by well-meaning engineers in Silicon Valley.

So, how does one invest in this overvalued market? Our strategy is spelled out in this fairly in-depth article.

Vitaliy N. Katsenelson, CFA, is Chief Investment Officer at Investment Management Associates in Denver, Colo. He is the author of Active Value Investing (Wiley) and The Little Book of Sideways Markets (Wiley).

His books were translated into eight languages. Forbes Magazine called him "The new Benjamin Graham". To receive Vitaliy’s future articles by email or read his articles click here.