New research into the state of student debt in the UK – as MoneySupermarket have revealed that student loans are not enough to live off for the vast majority of the UK, but are still leaving us facing a financial crisis.

Some of the key facts of the study include:

3 Percent Of Graduates Will Never Repay Their Student Debt 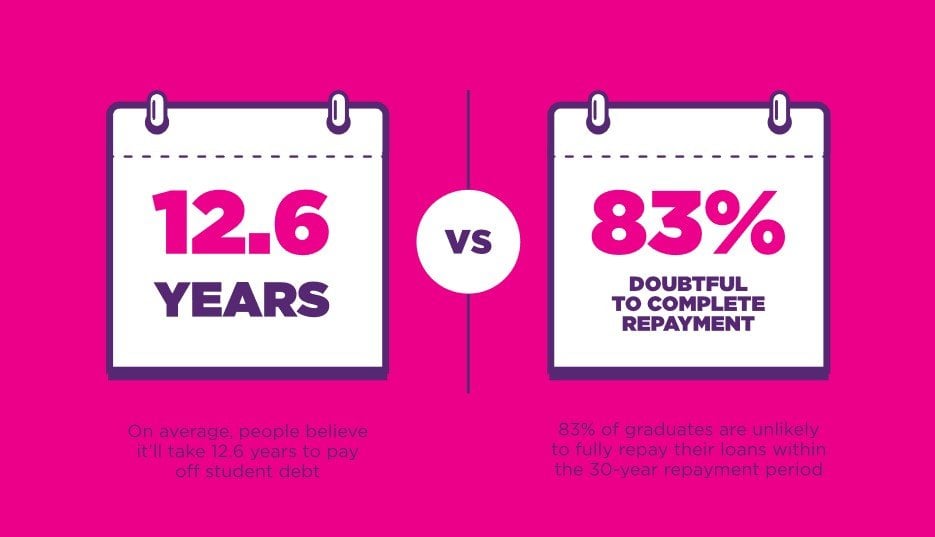 New analysis by MoneySuperMarket, the UK’s leading price comparison site, explores the state of the UK’s student debt and the impact this has on the students themselves. Whilst higher education is subsidised by the government through student loans, is it enough to save students from financial stress, and how has this affected the UK economy?

The UK’s student debt is currently just over £100 billion3, and is projected to hit £1.2 trillion by 2049. The debt currently breaks down to £50,000 worth of debt per capita, which 83 per cent of graduates will never pay back4. 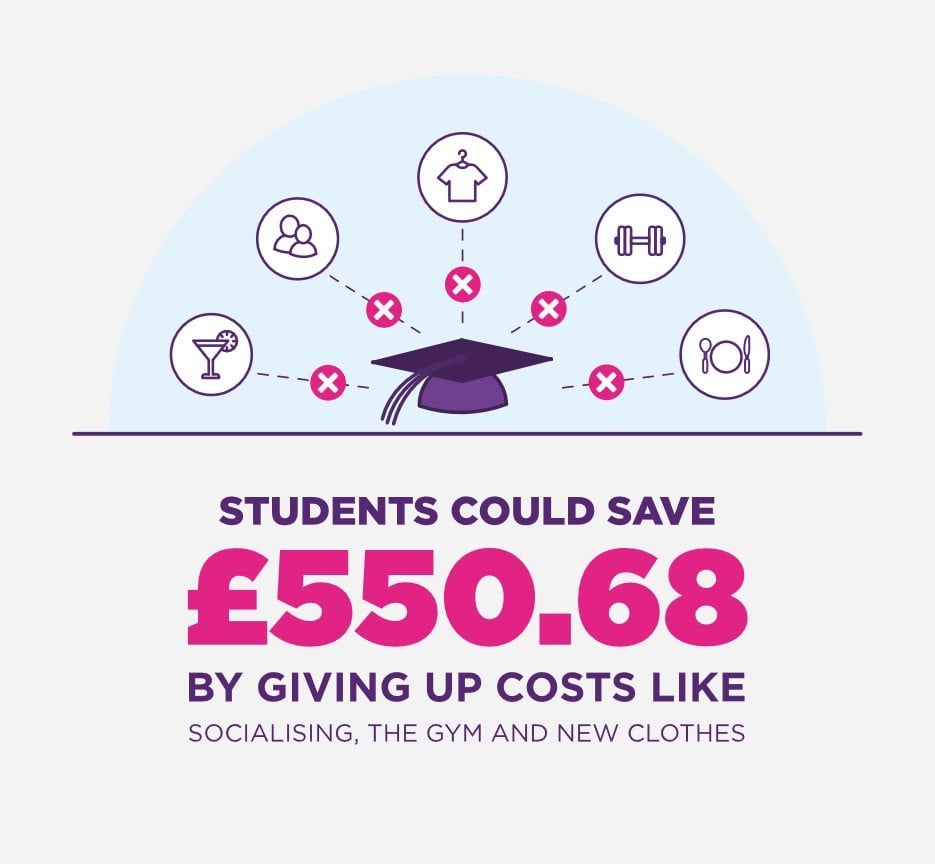 Due to the disparity between student spending and student loans, an incredible 85 per cent of students reported that they had to rely on additional sources of income outside of their loan in order to cover their spending. 46 per cent receive money from their parents or family, and 42 per cent decide to work part-time.

With that being said, overdrafts feature heavily in student spending habits, with 61 per cent using them to pay for their groceries, 48 per cent for their rent, and 28 per cent on bills. 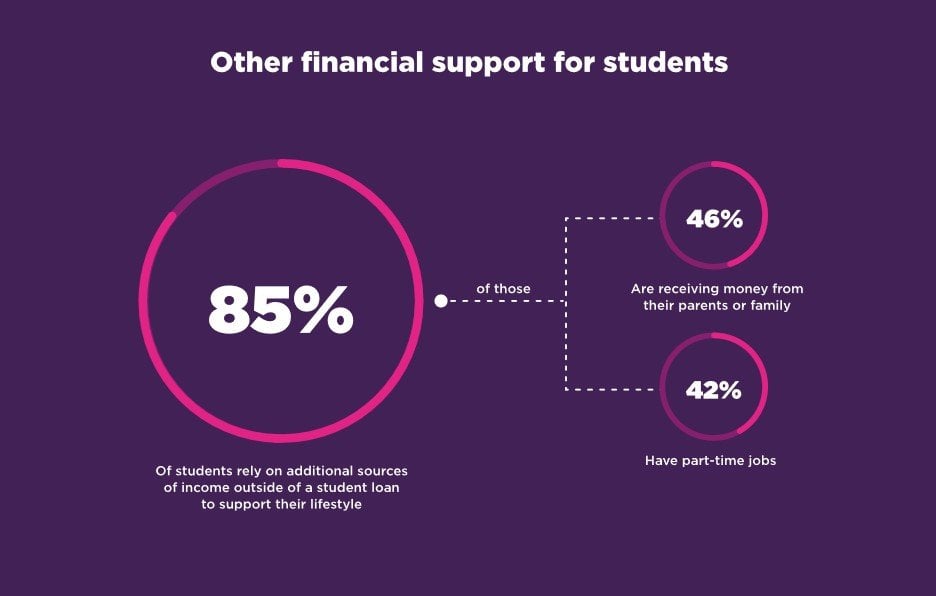 In fact, 30 per cent of students chose their current bank accounts because of the overdraft options available – and 42 per cent regularly dip into their overdrafts to an average total of £548. 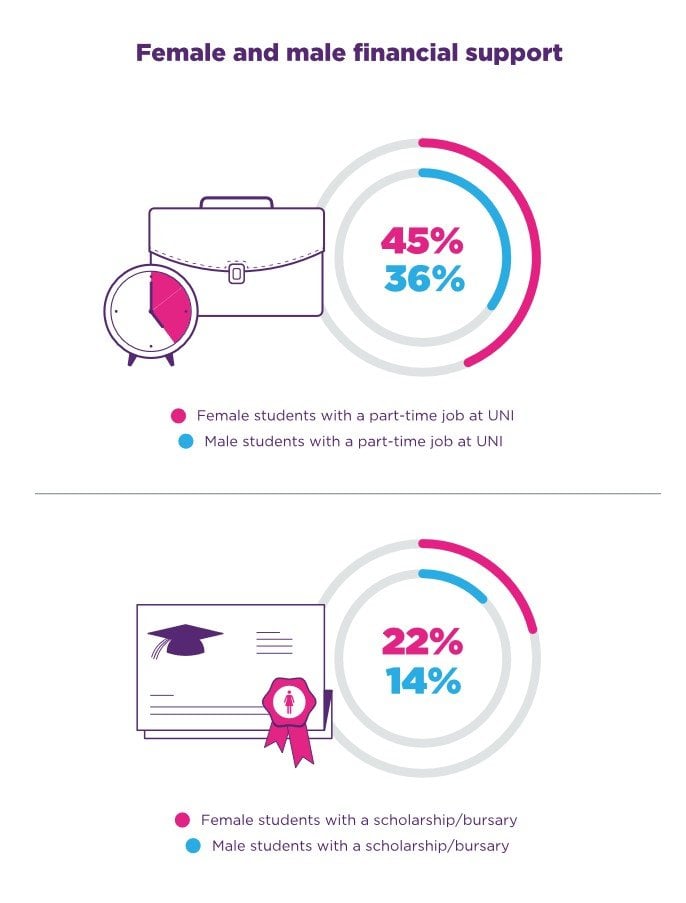 30 per cent of students worry about their finances every day, while a further 31 per cent are concerned on a weekly basis.

MoneySuperMarket have created eight tips to help students manage their spending better. These include:

Sally Francis-Miles, money spokesperson at MoneySuperMarket, commented: “It’s not surprising that student loans don’t cover the cost of living for students. The Government takes into account that parents will support their child in addition. Obviously, that’s not always the case so it then falls on the student to get a part-time job or to save before going to make up the shortfall. 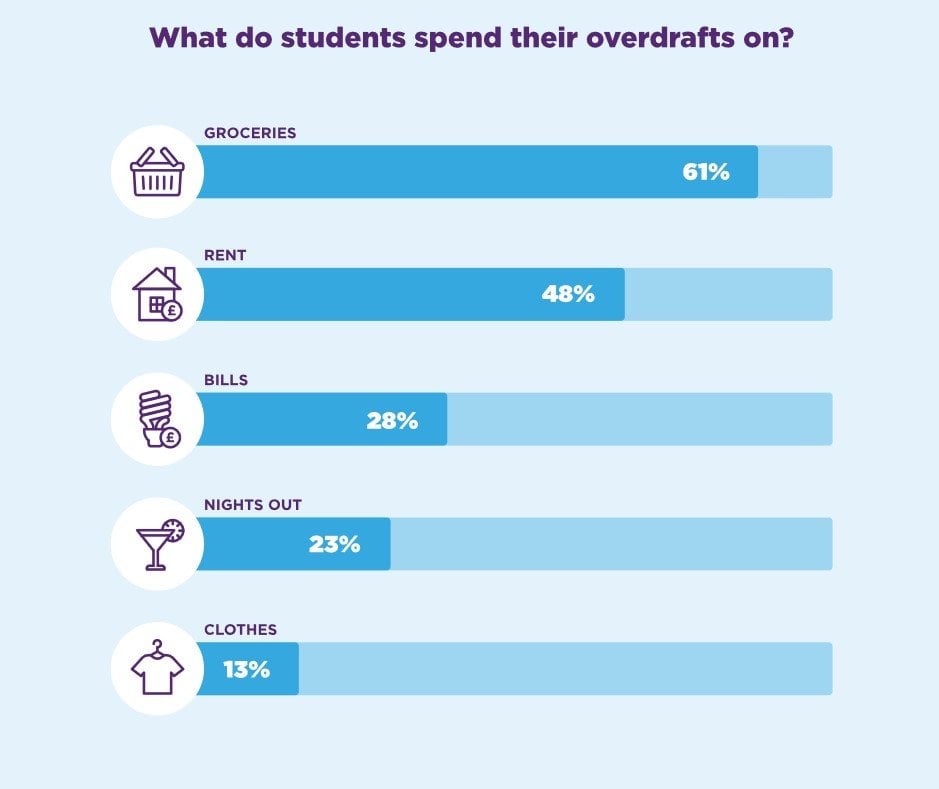 “While they can cut back on unnecessary costs – takeaways and cinema trips for example – expecting students not to spend any money on socialising or visiting family and friends is unreasonable. 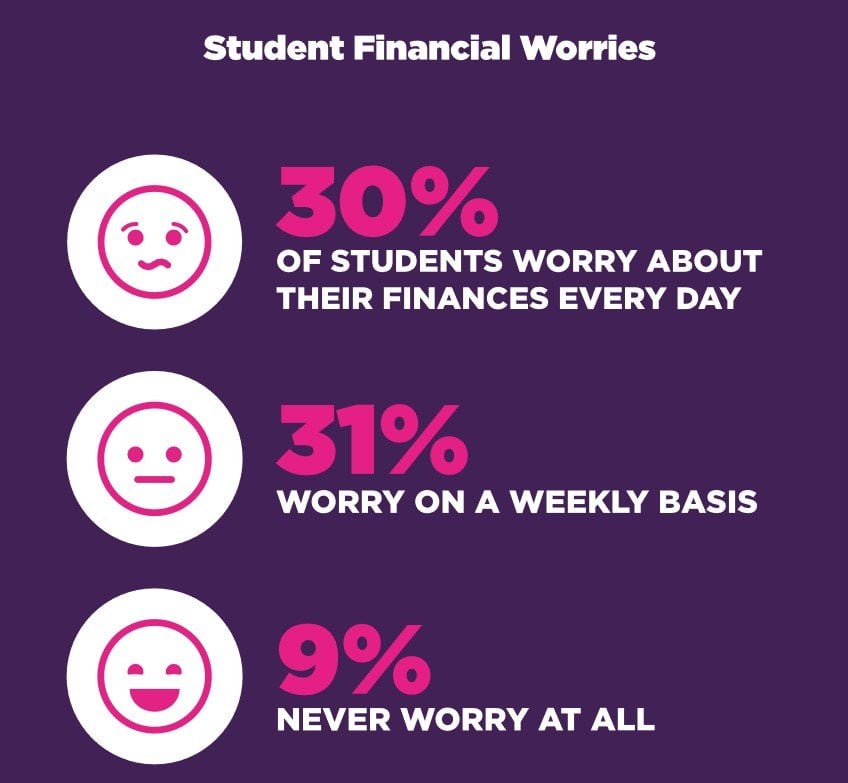 “We recommend that students always look for ways to save money where they can, but for those who have real financial concerns, there are often financial support offices at universities to help.” 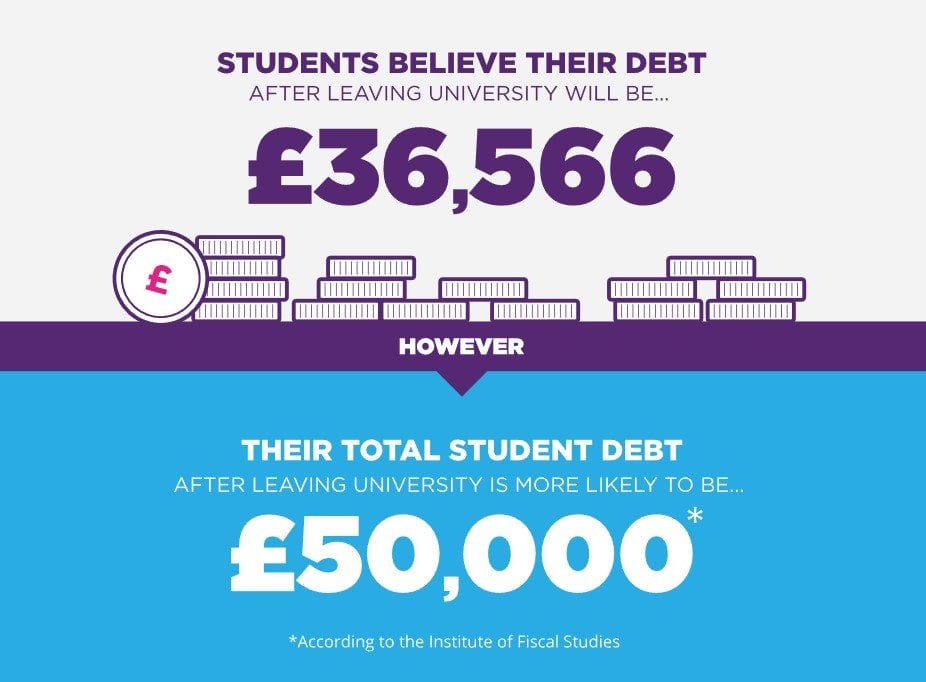