With the explosive growth that the Blockchain industry has consistently experienced, keeping up Is challenging, yet extremely important. At the same time, for the wide majority of investors, the true issues begin with figuring out who can be considered as a trusted source in this nascent industry. One particular market that is on the cusp of truly taking off is the Digital Securities market, but because it is even newer than the Blockchain industry itself, little measurable research has been done.

Kepler Finance has released a Digital Securities Market Research, which aims to explicitly clarify the opportunities that the market promises and, in addition, what differentiates it from previous industry standards.

Until just now, the global financial industry has been relatively stagnant in terms of how much disruptive innovation it has experienced. The tokenization of assets is already changing that for the better. Once this is done, the asset in question can then be tied to a smart contract, which allows shareholders to, for example, sell shares of private securities on complaint exchanges when they wish, freeing them from the often tedious requirement of waiting for years for this to be possible.

This also means that the digitalization of assets allows for improved “liquidity” across financial markets. Nothing is changed related to the makeup of the security itself, but the ownership and management of post-investment activities that take place are largely automated, which allows greater security for the owner and less bureaucracy for both the owner and the exchanges involved.

Even though this is true, it should be made clear that there are certain unknown risks related to the digitization process. You will find insights that shed light on this subject throughout the piece.

Both successful companies and successful global business spaces follow distinct life-cycles as they develop. Over the past year, the Digital Securities market faced several important questions as it grew, such as: Can digital securities be truly legitimized as an asset class? Could the industry attract funding to be taken as seriously as any other? What truly makes STOs valuable as a fund-raising mechanism? Key milestones of 2018 can provide some insights into these questions. 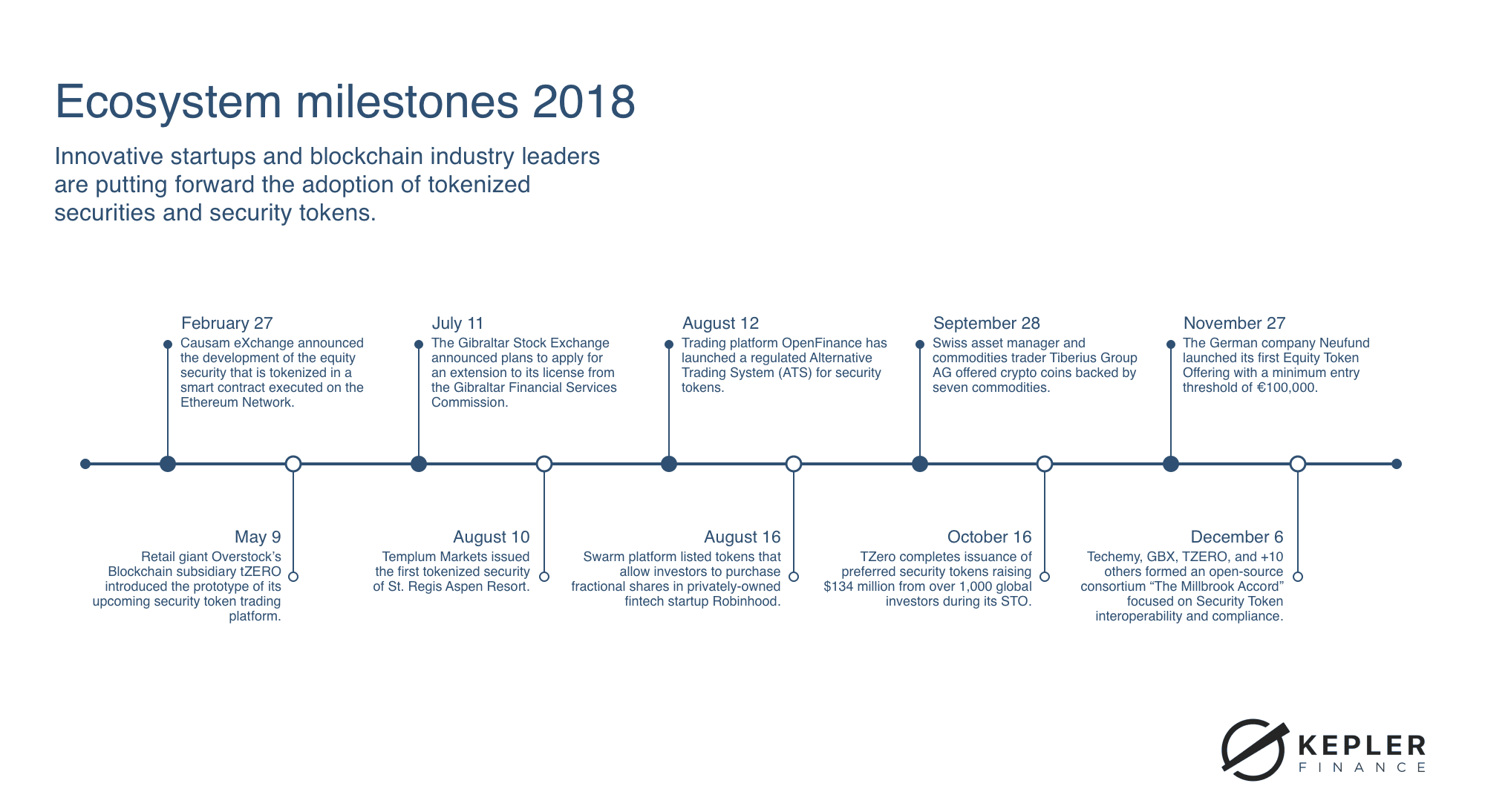 Overall, the greater Digital Securities ecosystem is comprised of a few principal elements that delineate the necessary spectrum of activity from the creation to the trading of a Digital Security. These include token issuance, legal validation, regulatory compliance, asset custody, and token trading liquidity, all of which will eventually be automated.

Without the proper protocol, none of these activities are possible. The creation of a working protocol guarantees that the token remains compliant according to any regulations that apply where its’ fundraising rounds were done. It also manages who can trade or own the token or even reject attempted transactions.

One of the market’s key participants, Securrency, is already well-known for its’ interoperable multi-ledger protocol that supports compliance both on and off the blockchain. In doing this, the protocol interfaces with both legacy systems and existing DLTs.

As digital securities continue to gain a foothold in global financial markets, a progressively clearer foundational set of standards is taking shape behind them. Investors have already begun to respond showing their confidence in projects that support the issuance, exchange, and custody of digital securities, in large amounts of capital. A good example of a firm that has already capitalized on this trend is Harbor, which offers a platform and compliance protocol that is working on standardizing the trading and issuance of private securities. At this point, they have raised $28 million in funding from major Silicon Valley venture capital firms. Securitize, which is yet another powerful firm in the space, was able to raise $12.75 million to digitize legacy securities with blockchain technology.

In addition to this, overall, Kepler Finance estimates that more than $640 million has been invested in companies that want to bring the digitization of assets and securities about. A growing global network of industry partnerships already exists and is constantly growing. 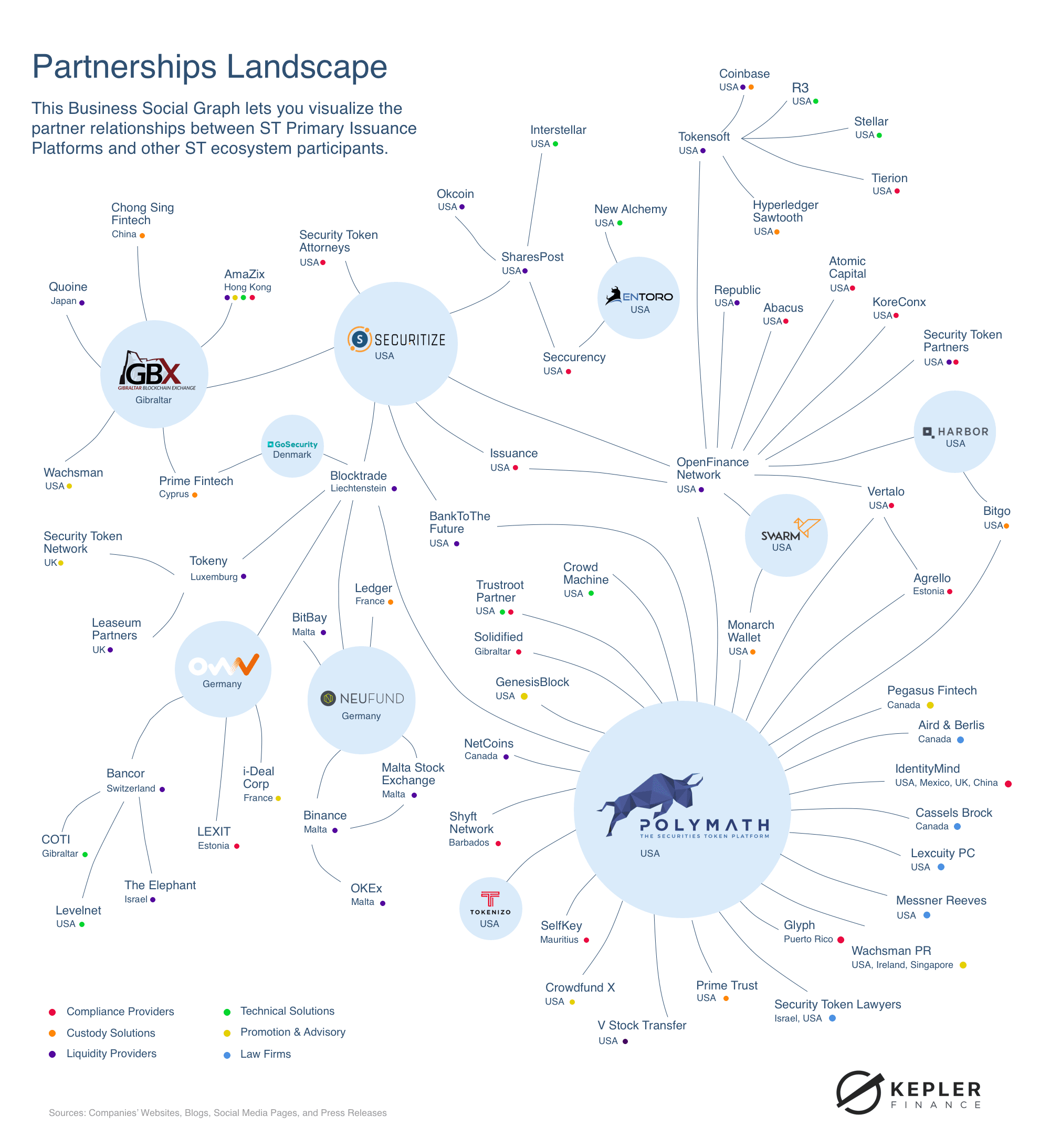 Any initial research on how a Digital Securities Offering functions should begin with the stipulation that a DSO does not represent any sort of evolution of an ICO. It is, however, a traditional financial instrument that has been digitized to be dealt with more efficiently. With these facts in mind, any firm that has the goal of issuing a token should not count on an instant listing and therefore, the subsequent instant access to it that millions of eager investors would have.

It would be easy to believe that lots of Digital Securities Offerings have already been completed because the framework is trending, but this is far from the case at this point. Both token registration and issuance are not exactly cut-and-dry. They require months of hard work by key stakeholders who are familiar with just about every important element of the global regulatory landscape. With this in mind, below, you can see an analysis from Kepler Finance on two separate kinds of DSOs that aims to illustrate the most important parts of a Digital Securities Offering. 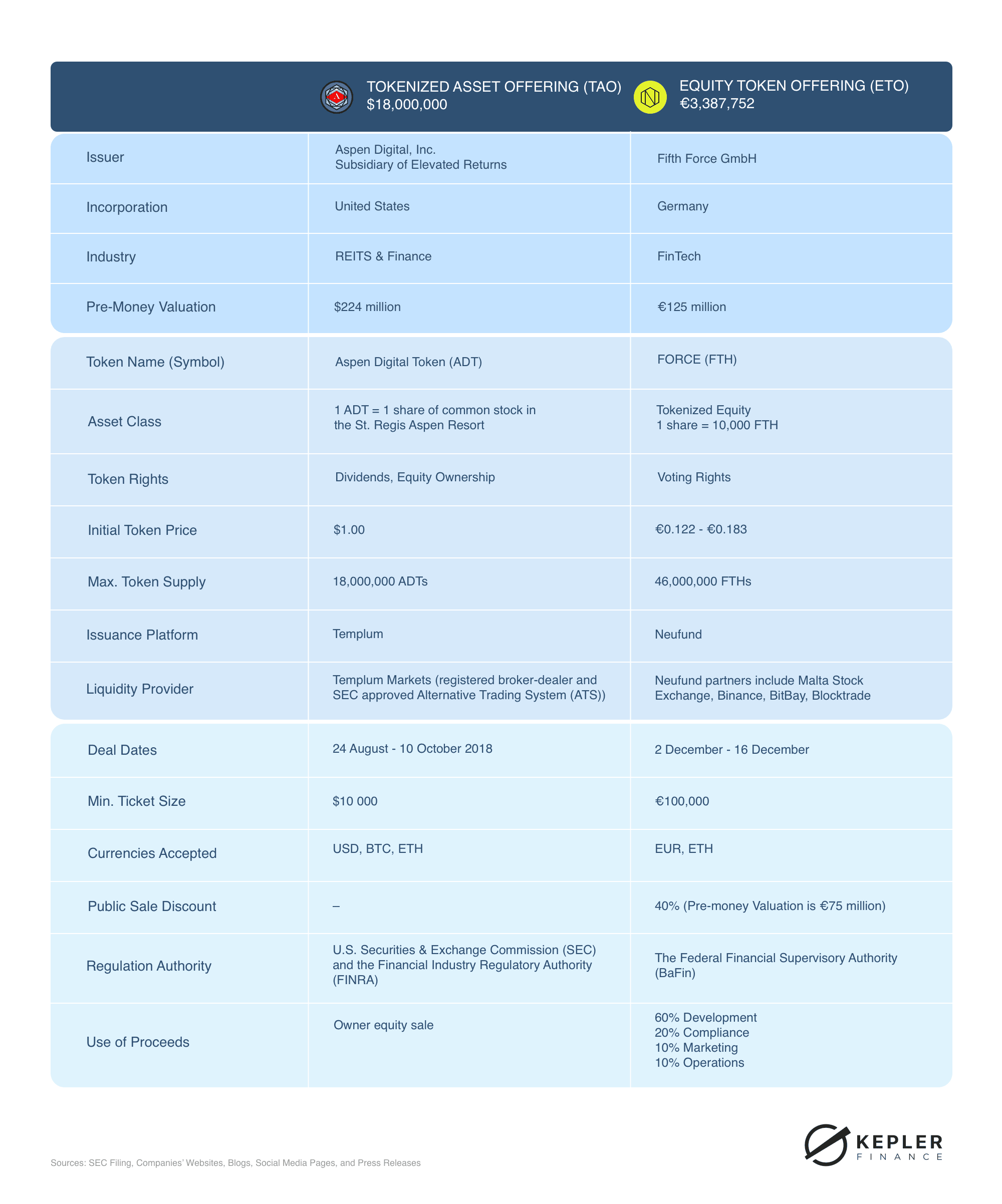 Surely, the number of successfully completed DSOs will continue to grow. According to the research, 32 Digital Securities Offerings have already been announced on platforms like Polymath, Neufund and others. From the additional graphs, you can see which countries are leading the charge in this respect. Generally, while the United States currently leads the way, Germany stands a chance of becoming the center of blockchain development in Europe, because of the lobbying efforts and other work that has already been done by companies like Neufund. 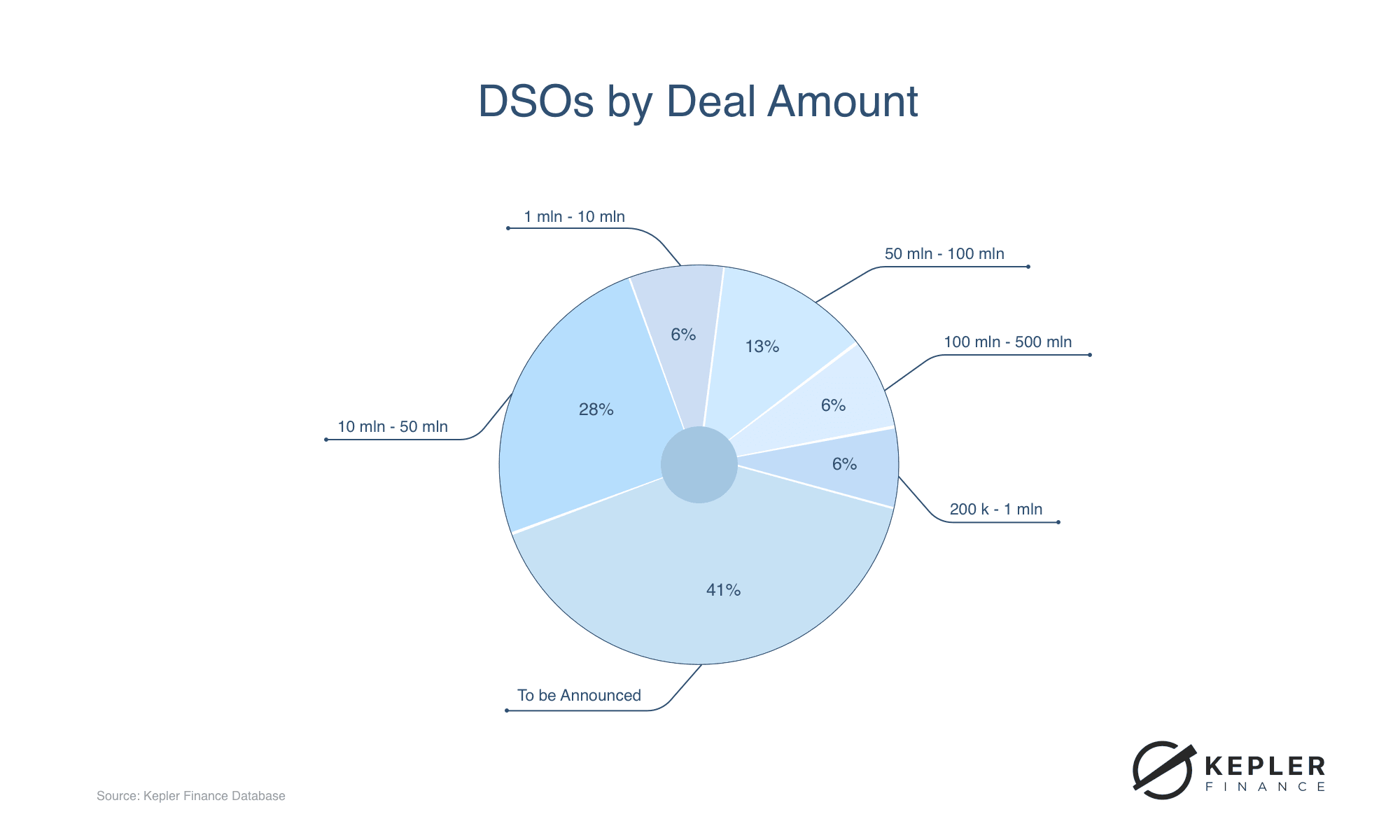 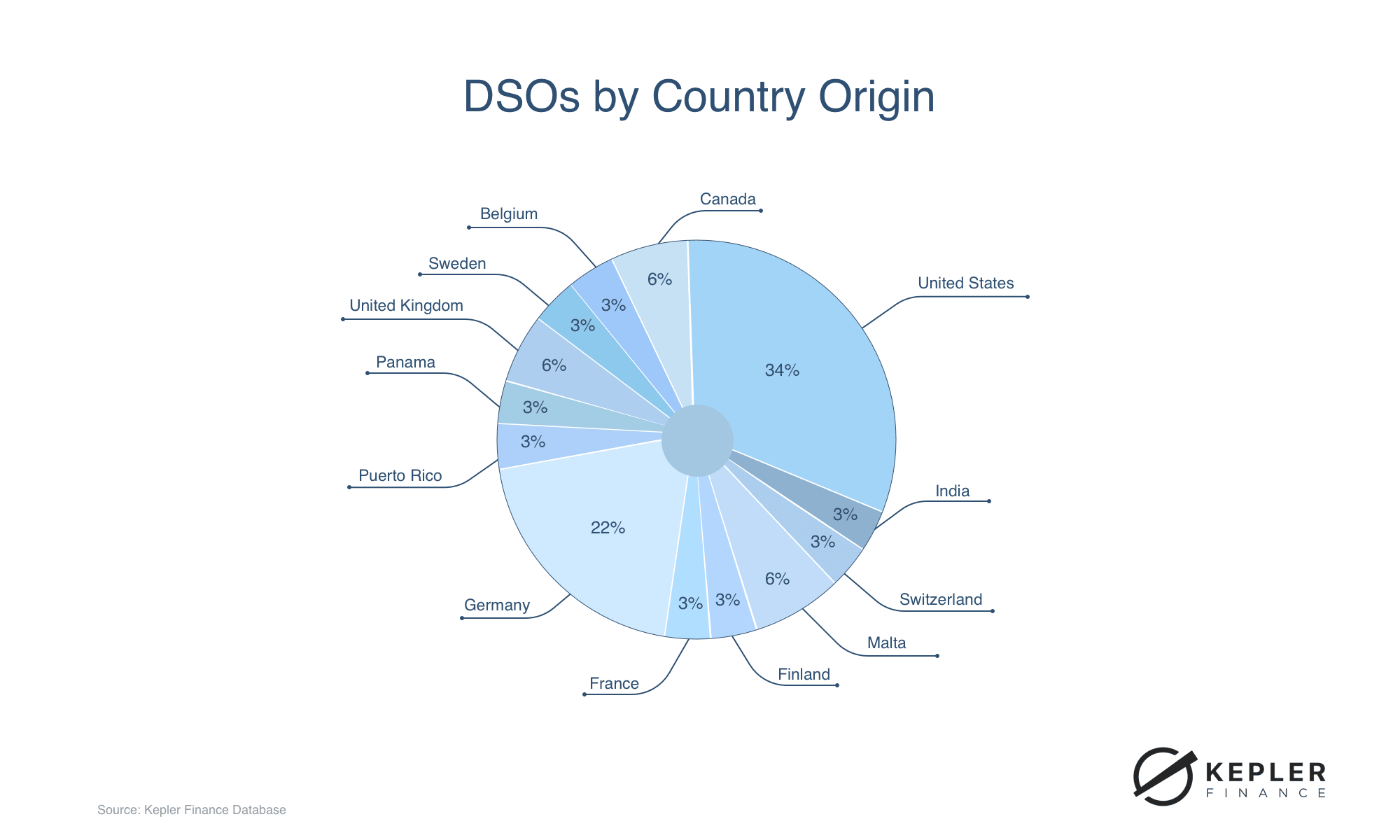 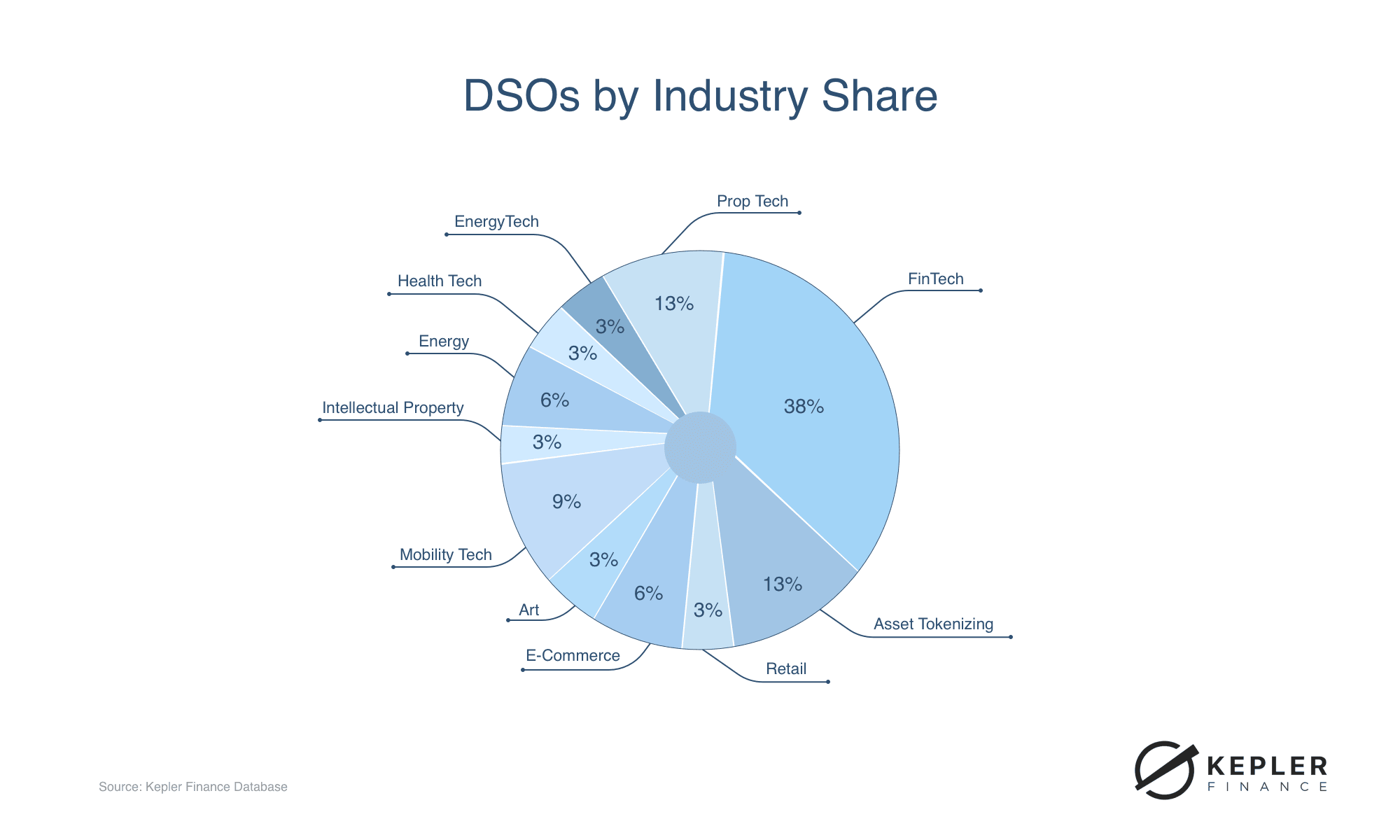 Through the use of smart contracts in the place of traditional contracts, the automation of the applicable regulatory frameworks of all financial markets is made possible. Think for a moment on just how powerful of an idea that is. Any rule or any law in this context can be enforced by code, due to the existence of the blockchain. Even so, the next round of growth for the Digital Security space will bring new issues to the table. It will take time to occur, but in a general sense, this is the road that we are traveling down. Laying out the industry’s key legal milestones that were accomplished in 2018 may assist in your overall understanding of what this all entails. 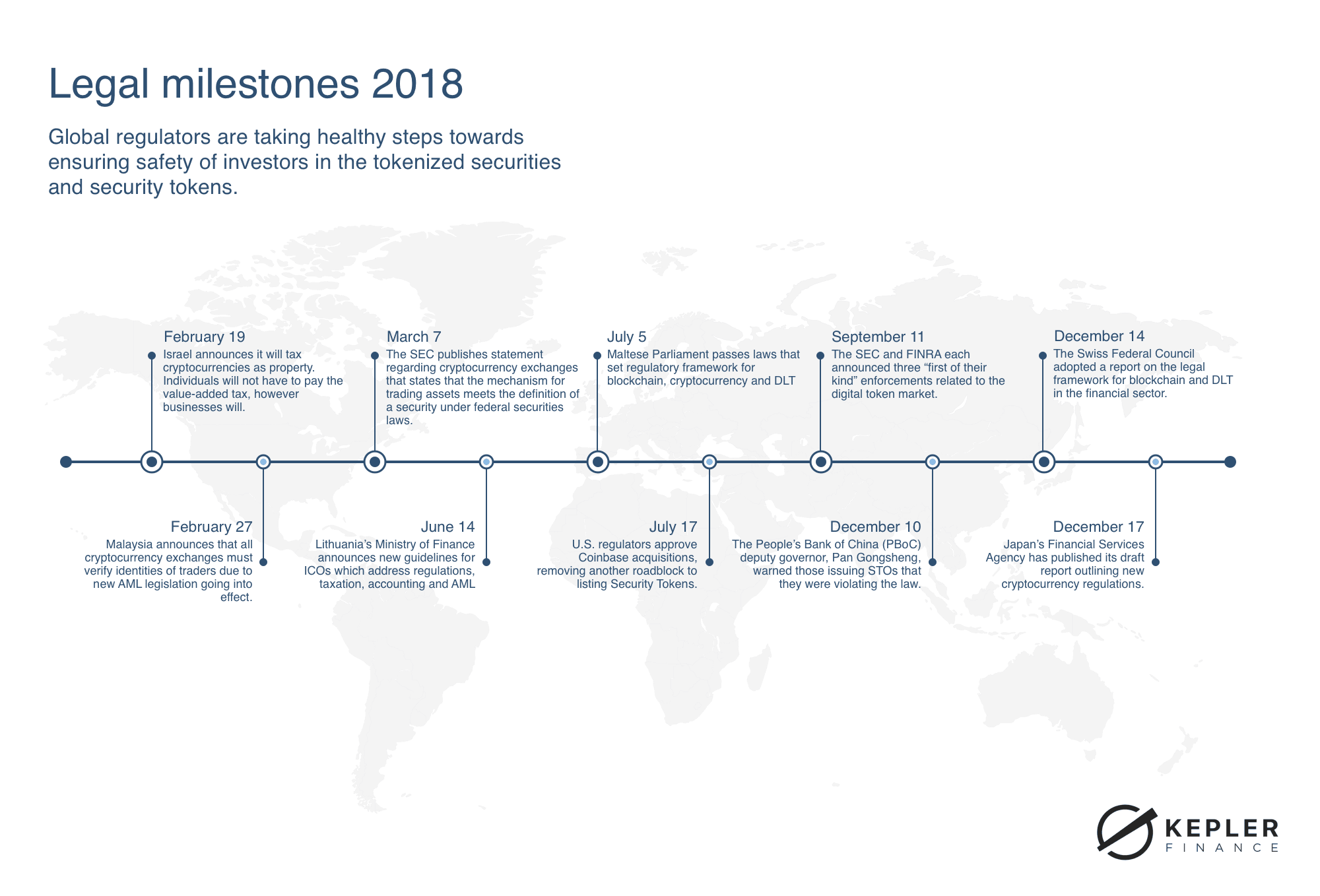 Most authorities agree that within the upcoming year, the US will probably see the most DSOs because they already lead in terms of providing adequate infrastructure. Singapore, the Cayman Islands, Swaziland, the UK and Germany fall the closest behind in the same sense.

In order for the Digital Securities movement to continue to grow, companies need to agree on a universal framework for their creation and regulation. With this in mind, last year, a small group of already powerful companies, led by Techemy, formed a committee called the Millbrook Accord at the Blockchain South Leadership Summit in New Zealand. This effort has already yielded a common legal and regulatory framework called the Verified Token Framework (VTF) to facilitate the easier creation, trading, and monitoring of digital securities. 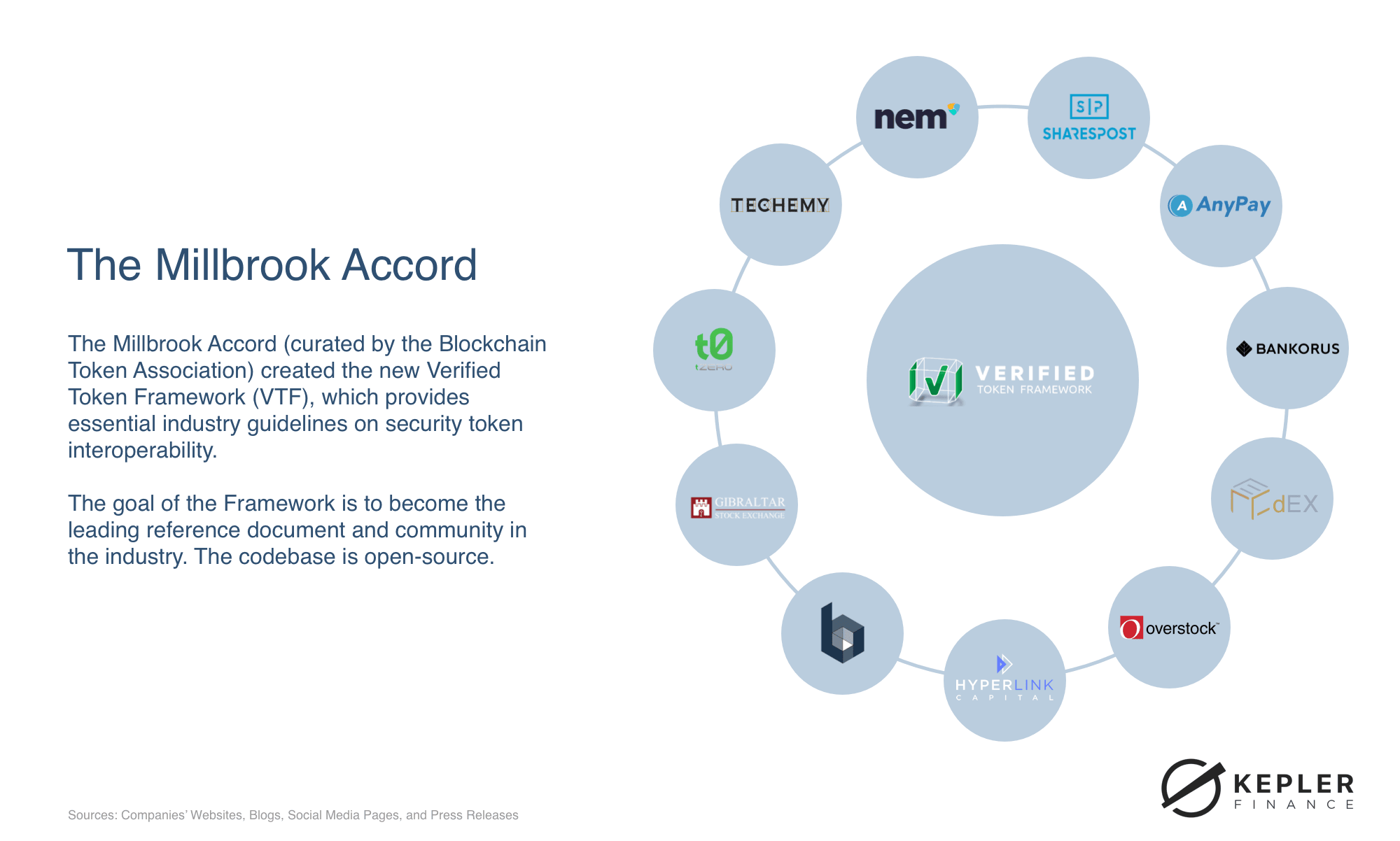 In the end, the success of VTF largely has depends on network effects. The larger the number of companies that put it to use over time, the more likely it will become an industry standard. For now, with no doubt, the VTF represents a chance for blockchain and crypto-powered finance to truly become legitimized.

Despite all of its’ potential, do not expect the Digital Securities market to rocket to the moon as the Initial Coin Offering niche did. Do, however, expect it to grow in a way that matters more for its’ long term success. ICOs are and may continue to be seen as the Wild West of fundraising. The Digital Securities industry will be seen as more legitimate, due to its’ concerted efforts at responsible growth that include operating within existing regulatory frameworks. Speculation will be almost non-existent. This will result in the market being more trusted by institutional investors and becoming adequately liquid to the point that it will gain a greater foothold in the global financial industry.

Kepler Finance (currently in beta) is a global database of active blockchain businesses, funding rounds, teams and digital securities. Kepler Finance is dedicated to solving the problem of fragmented blockchain investment data, increasing trust and unlocking value in the sector.