ValueWalk
Home Business Guides Is It Possible To Be Successful Without A College Degree? 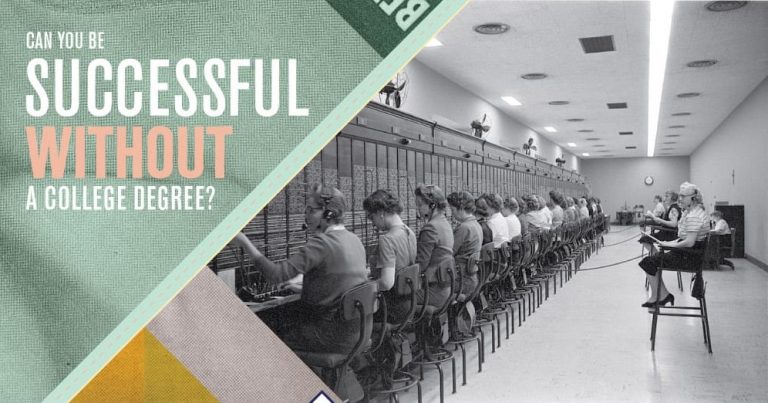 The cost of college has gotten out of control. In just the last few decades the cost of college has skyrocketed while wages have stayed about the same, making it harder than ever for families to afford to send their kids to college. Students who do go to college often emerge with tens of thousands of dollars in student loan debt, which they often find they can’t afford to pay for with the wages they get from their entry level jobs. This in turn prevents them from hitting major milestones like buying a house or getting married and starting a family, which has even further implications for the economy. Meanwhile, careers that do not require a college degree have fallen out of favor, which has driven up demand and wages for these positions. Because of the skyrocketing cost of college, massive student debt load, and stagnating wages in the economy today, you may find that you can be more successful without a college degree.

Thanks in part to the skyrocketing cost of college, the burden of student loan debt, and stagnating wages, fewer American adults are getting married, and when they do it’s usually later in life. This puts off major purchases like buying a home, which is a major driver of the economy. Over the past 70 years the cost of an undergraduate degree has quadrupled when adjusted for inflation, and most middle class people just simply can’t afford to go to college anymore, despite the fact many consider job availability before entering school or choosing a major.

While the sole purpose of education is not to get a job, it is still a big part. That’s why it’s crucial to consider all your options when planning for your future. There are plenty of career paths out there that don’t require a college education. Some of the fastest growing include:

What’s more, the median salary of these popular non-college career paths averages between $35k-$55k, which can land you squarely in the middle class without all the burdensome student loan debt. While it certainly isn’t ideal to price much of the population out of higher education, there are alternatives that can help you get your life started.

Learn more about the many different paths to success without a college degree - and without all that crushing student loan debt - from this infographic.