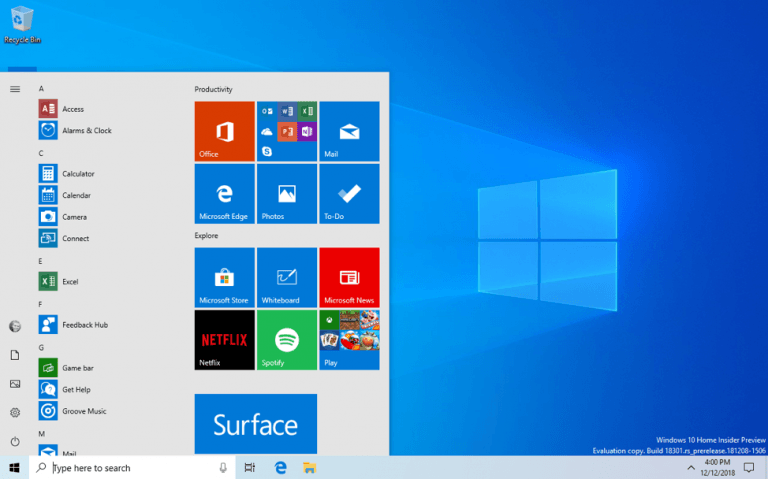 Microsoft has released a new Windows 10 preview update which comes with new features which majorly improves Windows 10 security and as a service. Since this preview is from the 19H1 branch, it will come out during the first half of next year, similarly like the previous preview build.

Even though the current start layout is pretty intuitive for users, the new Windows 10 preview shows that the new devices have gotten even more simplified. The update brings a one-column design, a neat design for both commercial and educational Windows devices.

Keep in mind that the start layout won’t change to the new one once you update to the new Windows 10 build, but you’ll need to do it manually, given that Microsoft wants you to be greeted to the system just as you left it before the update. 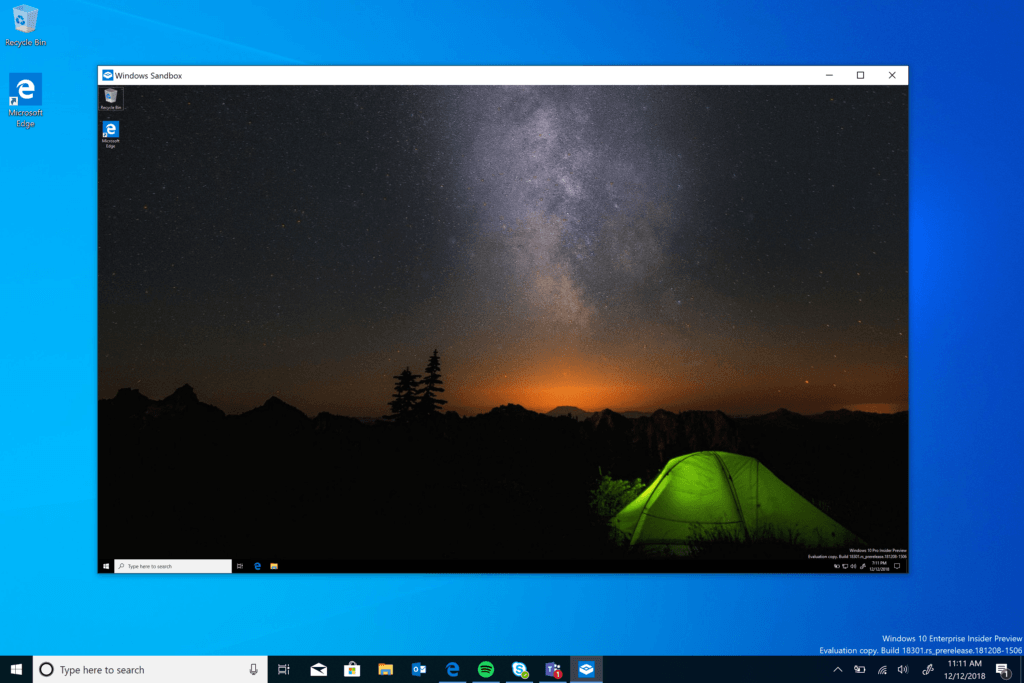 Sandbox is finally going to make an appearance on Windows 10, after being previously announced earlier this year. Microsoft describes it as a “new lightweight desktop environment tailored for safely running applications in isolation.” Sandbox is a feature already embraced by many antivirus software, and now that it’ll appear on Windows Defender, it makes it complete.

Sandbox allows Windows users to execute some suspicious programs without having to set up a virtual machine to test it. For example, if you install some program or download some suspicious file in the Windows Sandbox, it’s going to stay there and not on the real system. If the file or program is malicious, it’s not going to slow or damage the computer, but stay inside the Sandbox instead. Once the Sandbox is closed, the files and programs are deleted so the Sandbox will be clean and empty once you restart it. The feature will, however, be only available on Windows 10 Pro and Windows 10 Enterprise.

That’s not where the security features end though. Windows Security will boast Protection History as part of the new Windows 10 preview build. The History will show all security-related activities on your Windows 10, meaning that everything detected or flagged by the Windows Defended Antivirus will be visible to users. Moreover, the History will include information from the Windows Defender Offline scanning tool and provide more details, including threats on the computer and available actions users can do. 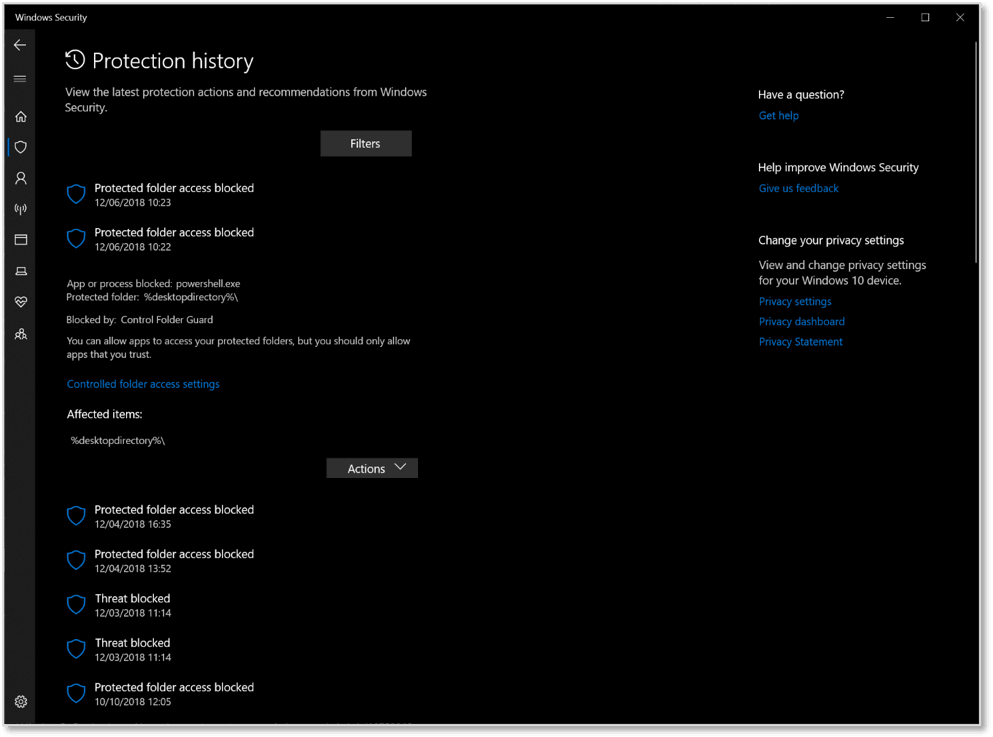 The new Windows 10 preview build also includes a Tamper Protection setting which monitors and provides a set of protections which include changes to important security features. For example, it can limit any change which wasn’t updated through the Windows Security app.

In case you didn’t know, pressing WIN+(period) or WIN+(semicolon), you’ll be introduced to a set of emojis you can use. However, Microsoft is expanding its list of emojis and allowing new symbols to be used, including punctuation symbols, as well as currency, geometric, math and Latin language.

The update will also feature Kaomoji, a Japanese type of emoji which consists only of symbols and punctuation symbols, looking to resemble Japanese anime characters.

The post describing the new Windows 10 preview lists the following bugs as fixed:

All other features of the new Windows 10 preview update, as well as the known issues with the system, can be found here.