Redemptions in November were the industry’s third consecutive month of outflows, and mostly likely this will continue into December. That will make Q4 flows negative, making it the third consecutive quarter of redemptions. If you go back to Q4 2015, this will mean nine of the last thirteen quarters will have seen net outflows. As it stands now, just over $125 billion has been removed from the industry in that time frame, through November. It is safe to say that, in aggregate, investor sentiment toward the industry is negative.

Within each category, however, there are funds gaining new assets, and there are many firms that would likely consider 2018 a positive year. Within the ten products receiving the most new assets in 2018, the average return is nearly 4% (compared to industry average losses of -2.83%), meaning not only have these funds been successful at raising capital, but they have mostly been making their investors happy as well.

Highlights From This Report 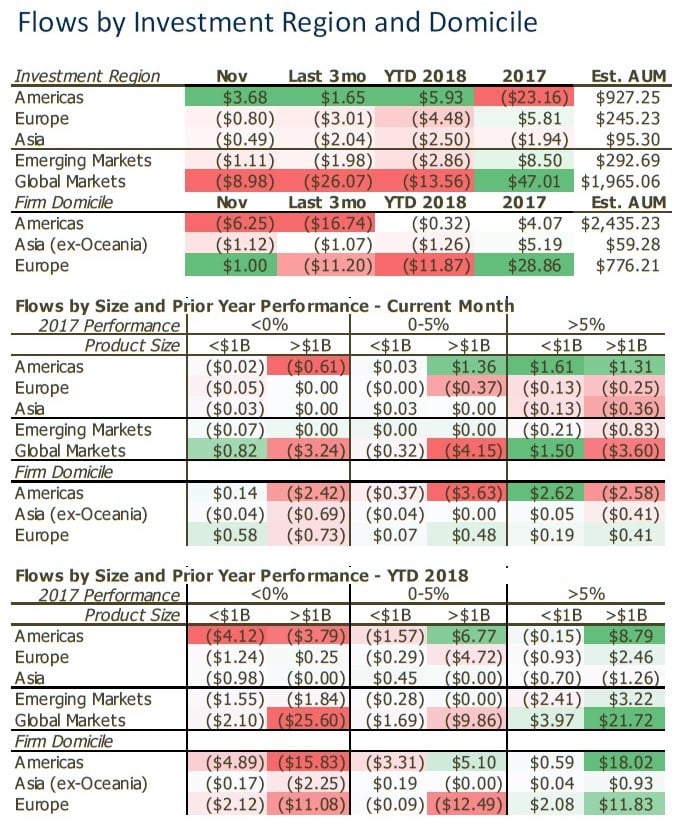