ValueWalk
Home Info-Graphs Is Gen Z The Most Entrepreneurial Generation Ever? 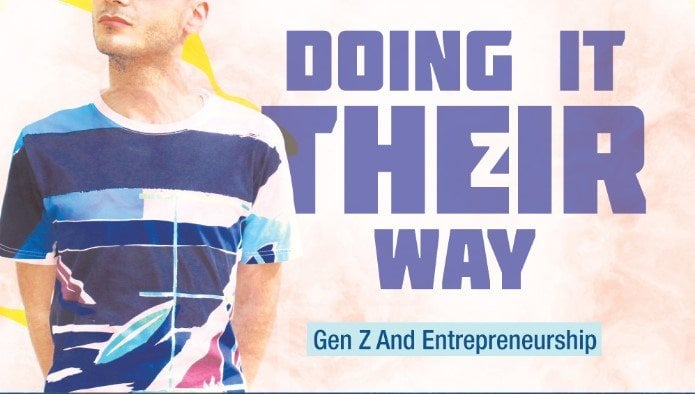 As millennials begin moving up the professional ladder, they are making room for a new entrepreneurial generation of colleagues: Gen Z. Outfitted with the same entrepreneurial-thinking as millennials, Gen Z already has a competitive edge to help the succeed where earlier generations have failed. Even as kids, these young people are well on their way to planning for their financial future from education to entrepreneurship.

Born after 1996 and beyond, Gen Z already includes 61 million Americans – the oldest of whom are beginning to graduate college and the youngest just starting school. Their attitudes towards a college education are much different from earlier generations however, as Gen Z refuses to be sunk by potential lifelong debt. Living through both the student loan crisis and Great Recession, Gen Z approaches their finances with caution and careful planning. Among them 70% agree that student debt will make it harder to save in the future and instead they plan to look to their own bank accounts to put them through school. By age ten, 21% of Gen Zers have their own savings account and 24% say they plan on paying for college through their own personal savings.

Though many Gen Zers are still in their teens, 76% are already earning money through part-time work, but this is only the beginning. Nearly half of Gen Zers say they plan on becoming entrepreneurs, and 45% of middle and high schoolers say they will invent something that will change the world. Today, almost half of young workers are freelancers and by 2027, the majority of workers in the US could be freelancers as well. Backing up their intentions with hard work and dedication, Gen Z makes themselves valuable assets in any job and work with millennial mentors to help jumpstart their personal career goals. Once considered the most entrepreneurial generation, millennials find kindred spirits in Gen Z and are willing to lend a helping hand and pass along lessons learned to their figurative younger siblings. Gen Z, again much like millennials, values social connections over a traditional work/life balance and consider positive day-to-day interaction more important than great benefits.

With a focus on building a livelihood by themselves, for themselves, Gen Zers go to great lengths to build the foundations for a reliable and lucrative future. This infographic details the goals of Gen Zers, from grade school to startups and what their ingenuity could mean for not only their future, but ours as well.