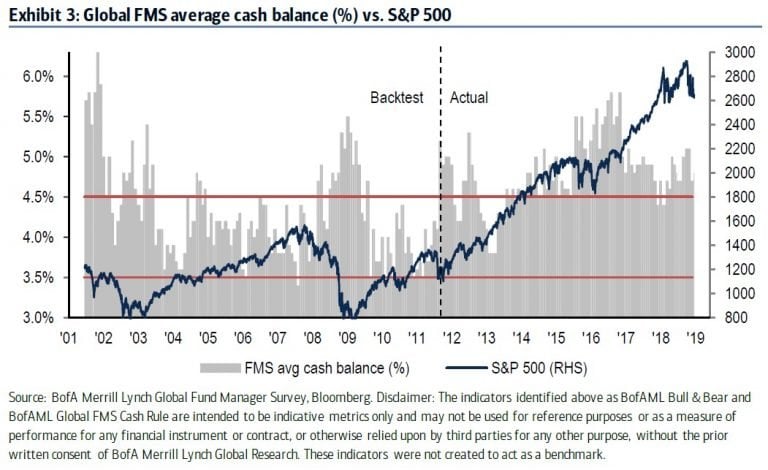 What a difference a year makes, especially when it comes to the financial markets. The market’s current features are almost the total opposite of how the market looked at this time last year. A year, investors saw no reasonable limit to what they wanted to pay for certain assets, but now, a recent survey indicates many have already battened down the hatches and taken up defensive positioning.

Fund managers are now bearish… a year after extreme bullishness

Bank of America Merrill Lynch released the results of its latest Global Fund Manager Survey this week. Chief Investment Strategist Michael Hartnett said their December survey shows fund managers are “close to ‘extreme bearishness’ this month. Expectations for global GDP and earnings are “down big,” while stock allocations have fallen to their lowest levels in two years.

The results of this month's fund manager survey stand in stark contrast to the results from December 2017. At that time, fund managers were extremely bullish. Investors were long bitcoin, which hit $19,611 a year ago. The cryptocurrency now trades at a mere $3,500. Investors were also long on global stocks and banks and short bonds and defensives.

A year later, investors are now long cash, the U.S. dollar, and defensives an short global stocks, tech and industrials.

Eyes on the Fed

The Federal Open Market Committee (FOMC) is set to meet tomorrow, so the markets will be listening closely to what U.S. policymakers have to say. The BofAML team set out a few possibilities for what the Fed might do and say, along with potential market reactions.

For example, some bullish indicators from the Fed would include a rate hike of 25 basis points paired with a "no inflation" message, which the firm said should allow for an upcoming pause in rate hikes and balance sheet tightening. Other potentials scenarios on the bullish side include a decline in the U.S. dollar and positive reaction in the Russell 2000, Nasdaq Bank Index and S&P Homebuilders ETF.

On the other hand, a bearish Fed would mean no interest rate increase, which BofAML said could trigger concerns about a recession. In this scenario, the dollar would continue to rally, and a selloff in rate-sensitives and cyclicals could push U.S. stocks into the global bear market, potentially sending the S&P 500 to 2,400, the BofAML team warned.

Most crowded trade: There's a new kid in town

Hartnett and team also noted another significant change this month. The most crowded trade has been the long FAANG + BAT (FB, AMZN, AAPL, GOOGL + Baidu, Alibaba, Tencent) trade since February, but the long U.S. dollar trade has taken the lead.

They believe the only reason for this is because of a combination of the bullish dollar view with the bearish risk consensus and potential for Fed capitulation. Fund managers also see a recession or credit event as potentially imminent.

December also set a new record for the largest one-month rotation into bonds in recorded history. Other key rotations this month include shifts into defensives via energy and tech into staples and utilities. 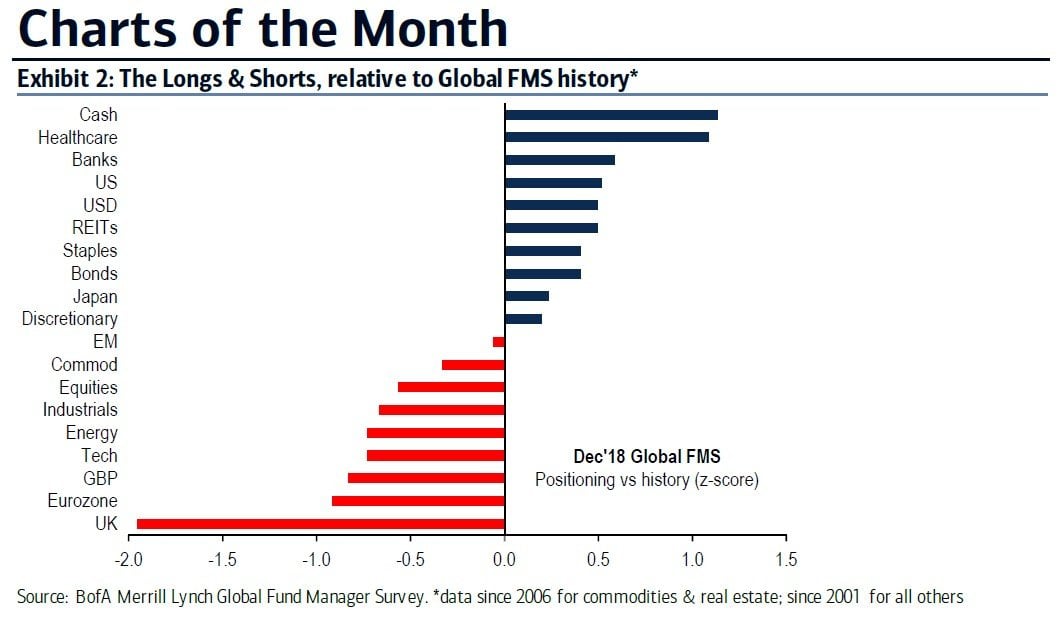 In fact, bond allocations climbed 23 percentage points to a net 35% underweight, which BofAML said is the highest bond allocation since June 2016 when the Brexit vote was held. 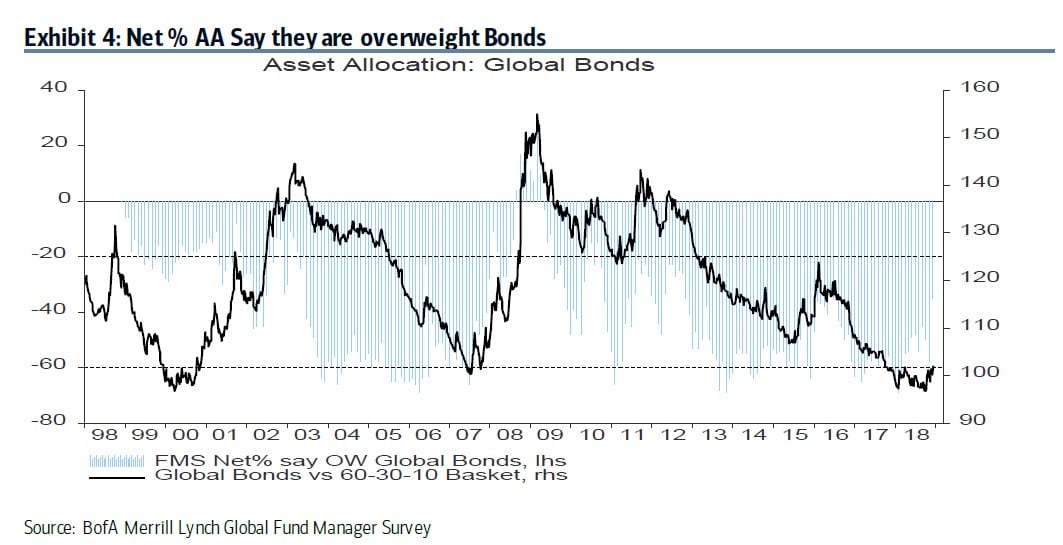 However, despite the strong rotation into bonds, most fund managers say they won't enact a full-scale rotation from stocks to bonds until the 10-year Treasury yield reaches 3.6%.

Meanwhile, allocation to stocks crashed 15 points to a net 16% overweight, which is the lowest level in two years.