Elliott Management has been busying itself with lots of M&A activity for more than a year now, with its latest targets being Travelport Worldwide and Mitek Systems. Partnering with Siris Capital Group, Elliott’s private equity arm, Evergreen Coast Capital, proposed to acquire Travelport in a $4.4 billion cash deal, which, subject to shareholder and regulatory approvals, will close in the second quarter of 2019. The activist investor’s portfolio company ASG Technologies is also wrapped up in a bidding war for Mitek. ASG increased its offer from $10 to $11.50 per share on Monday. The company said it has gone public with the $435 million offer because it believes Mitek has refused to engage with it on reasonable terms.

Another transaction that has already been accepted is Evergreen and Veritas Capital’s combined offer of $5.7 billion for Athenahealth, the network-enabled services provider for hospitals. Elliott Management is largely credited for brokering the deal, after succeeding in ousting Athenahealth founder and CEO Jonathan Bush. Initially, Elliott advanced a $160 per share proposal, which acted as a stalking horse bid, but downgraded its ambition after conducting due diligence.

Troubled medical firm MiMedx announced that its outside auditor, Ernst & Young, will not be auditing the company’s financial statements for 2017 and 2018 as previously announced. The move comes as MiMedx restates its financial statements due to an accounting scandal while the audit committee conducts an ongoing independent investigation. EY later explained that a disagreement regarding revenue recognition under certain distribution contracts was the main reason for its departure. In addition, the auditor said it cannot rely on the financial representations from “certain legacy management personnel still in positions.”

Separately, MiMedx announced plans to implement an organizational realignment, cost reduction, and efficiency program to better ensure the company’s cost structure is appropriate given its revenue expectations. Former CEO Parker Petit lambasted the company for its layoffs and urged the firm to rethink the strategy.

The number of companies based in Asia publicly subjected to demands for cash to be returned to shareholders between January 01 and December 07 in respective years. 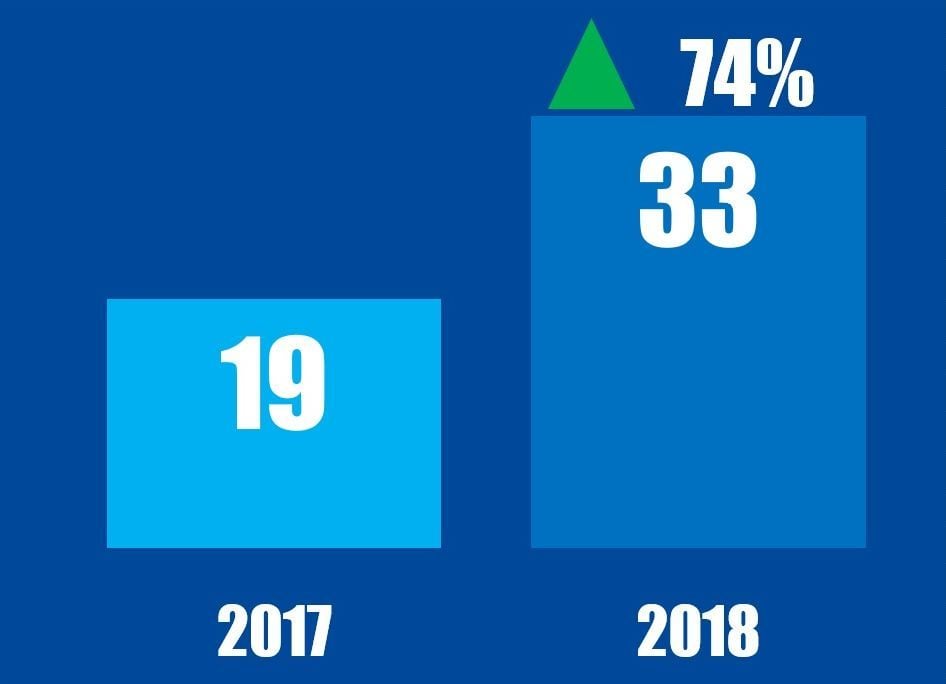