British newspaper publisher Johnston Press is ending its debt crisis by entering administration and handing control over to a new holding company owned by investor and New York hedge fund GoldenTree Asset Management. CEO David King said in a statement to employees that the company’s new owners will bring cash to the table and that all employment contracts will be transferred to the holding company so that payment can continue as normal. Johnston’s pension scheme, however, did not make the cut. King said the government’s Pension Protection Fund would be notified.

The news comes just one month after activist investor Custos Group slammed Johnston Press for proposing a sale of the company, claiming a transaction would increase “fee-sucking” at the firm. Christen Ager-Hanssen, the company’s largest shareholder and CEO of Custos, threatened to sue the board in the event of insolvency. The Pensions Regulator is also able to block asset sales if it believes the transactions would disadvantage pensioners in an administration.

Spruce Point Capital Management released another report on its short position in iRobot on Wednesday, claiming its initial accusations are proving to be right. The report includes Spruce Point’s acknowledgement of the materialization of predetermined competitors, the narrowing of iRobot’s technological dominance, and the company’s continued reliance on Amazon despite its generation of competition that does not benefit iRobot.

The short seller also accused the robot maker of spending too much working capital, using a marketing strategy that will negatively affect margins over time, out-of-control insider selling of stock, and a stagnant portfolio of products. Spruce Point predicts a 70%-80% share price downturn.

Also, Kase Learning announced that it will be hosting its second short selling conference on December 3 - it is the only idea-led conference to focus exclusively on shorts. They have kindly increased the discount they are offering Activist Insight readers to 40% using the discount code ACTIVIST40. This offer is good for both in-person and livestream registrations on the ticketing site.

The number of Asia-based companies publicly subjected to activist demands between January 1 and November 16 in respective years. 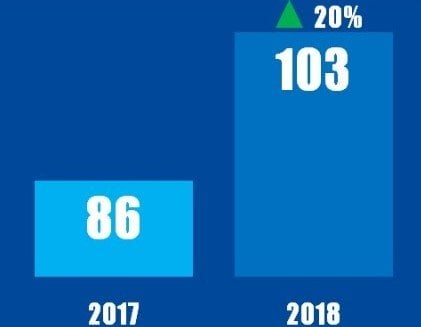