ValueWalk
Home Business How Did Hedge Funds Do In October? The Numbers Are A Bit...

An update from Crescat Capital shows they had a fantastic October, but many hedge fund return stats were  less impressive.

Third Point’s Dan Loeb which has been  dueling with Cambell Soup had a rough month down 6.7 percent or so.

Bill Ackman’s Pershing Square Capital which had been mounting a comeback year, put up awful number of -8.4 percent.

Bearish hedge fund JHL Capital which is a personal holding of Seth Klarman’s foundation had a rough month.  The fund was down 3.7 percent according to an investor update seen by ValueWalk, wiping out year to date gains.

Stanphyl Capital had a rough month – their October letter to clients states the following regarding hedge fund return numbers:

If you’ve been reading my letters, you’re undoubtedly thinking “Hey, this guy’s been bearish all year and this month he was finally right in a big way yet he still lost money. What the heck is going on?” The short answer is: all our bearish bets worked except one, and that one was Tesla which soared on a completely unsustainable earnings report.

On the other hand, Alpha Wealth Funds does nto have full numbers yet, but their Theta Fund had positive returns in October, according to an email to investors.

Also on the positive end, Greenlight Capital had a good October.

Stay tuned for more numbers as we get them. Below is Crescat’s investor update on their October:

With the close of month, we are happy to share October estimated performance results for Crescat Capital. Our flagship Crescat Global Macro fund returned an estimated 17.5% during the month of October and now sits at an estimated 28.7% YTD. Compared to 3% YTD for the S&P 500. 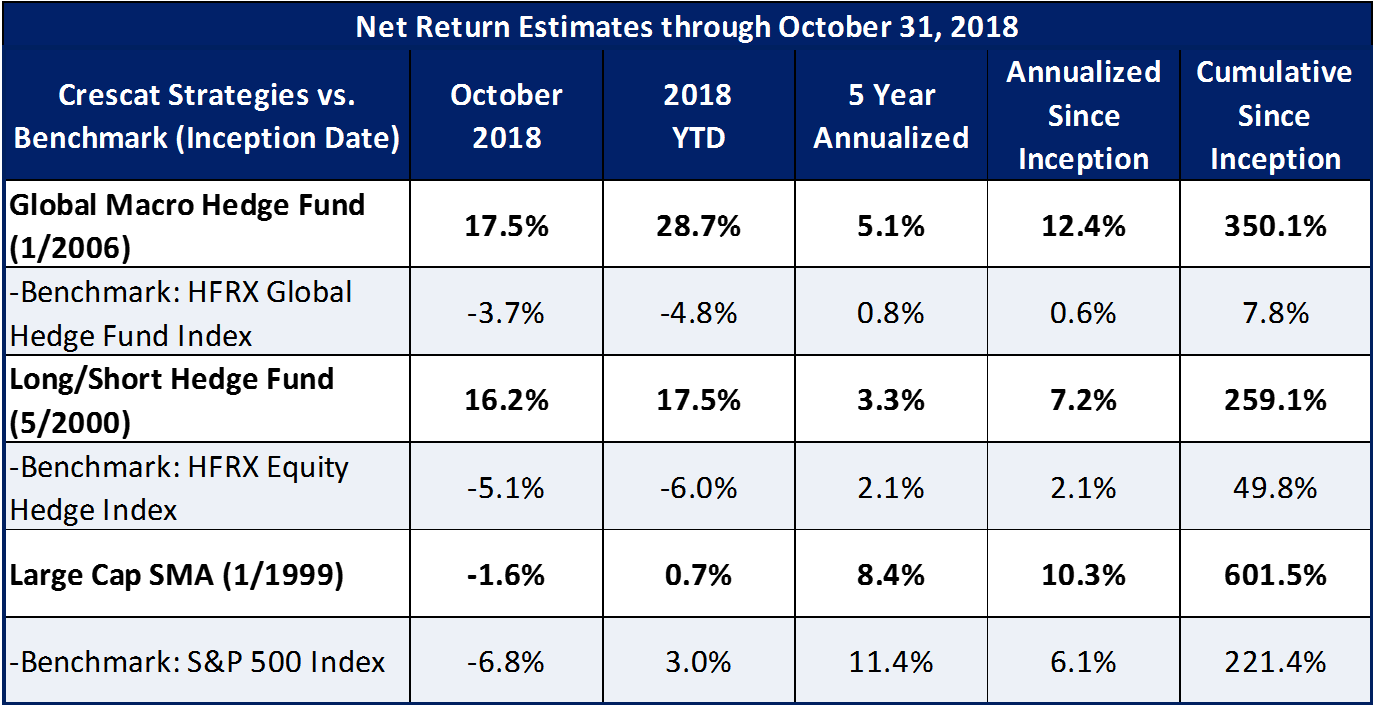 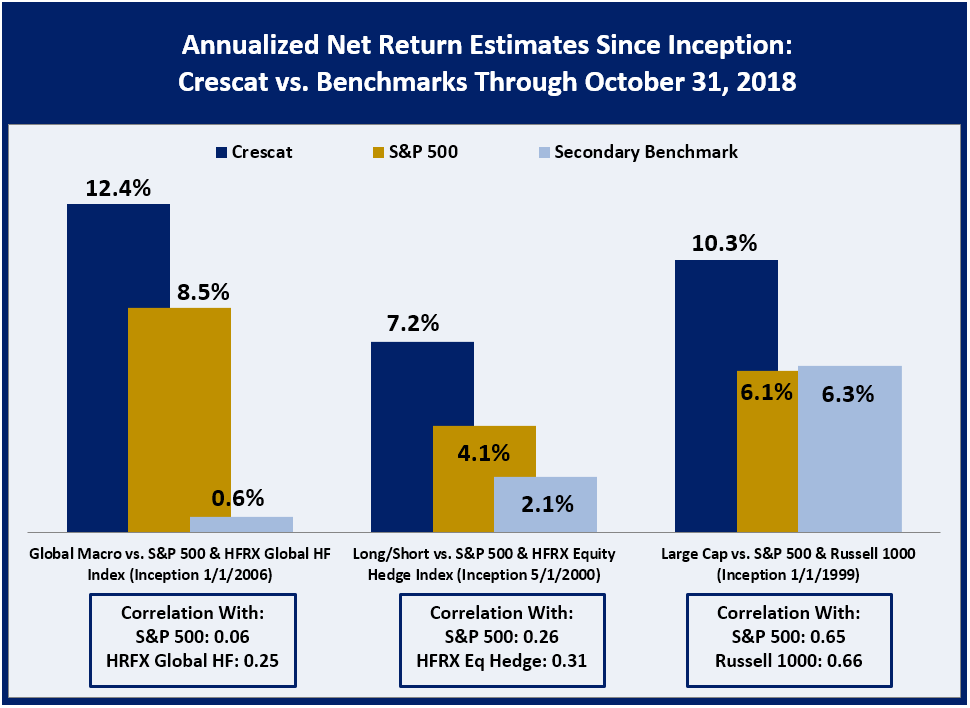